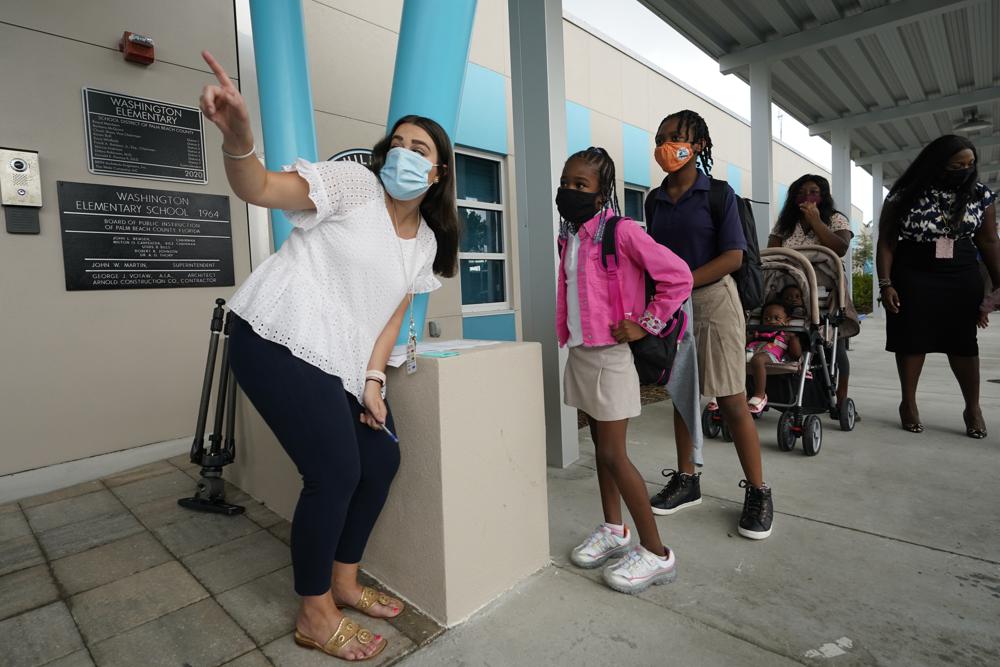 If the School Board approves the Medical and Public Health Task Force’s recommendation on Wednesday, Miami-Dade will become the third school district in conflict with Gov. Ron DeSantis’ emergency order that prohibited mask mandates for students.

For those districts who defy him — and require masking for all students except those with a doctor’s note — the Governor has threatened to withhold funding equal to the salaries of the superintendents and school board members. Alachua and Broward counties also challenged the Governor’s order.

Before Monday, Miami-Dade Schools, the fourth-largest district in the country, had only gone as far as saying that student masks would be required on school buses. But a spike in COVID-19 infections and hospitalizations prompted more discussion about expanding masked requirements to students indoors. The task force also discussed recommendations for quarantining, social distancing and ventilation.

Taskforce members cited advice from the American Academy of Pediatrics, which recommends masks for all students when indoors, especially since students younger than 12 can’t get vaccinated. The decision was unanimous among task force members, Superintendent Alberto Carvalho said, watching the responses among the members participating in the streaming video conference Monday.

“This isn’t just … the implementation of one strategy,” Carvalho said. “It’s really this multilayered approach.”

The Governor has maintained that mask mandates do not cut COVID-19 transmission, harm children, and violate the rights of parents to make medical decisions for their students. An emergency meeting of the State Education Board has been called for Tuesday in response to the situation in Broward and Alachua schools.

Christina Pushaw, the Governor’s spokeswoman, said that the administration would closely monitor the situation in Miami-Dade.

“If they don’t allow parents the freedom to opt out, they will be subject to the same financial penalties as the other two other counties with forced-masking policies,” she said in a text. “We hope they will agree on Wednesday to follow the law and protect parents’ rights to choose whether their children wear masks or not.”

On Friday, U.S. Education Secretary Miguel Cardona wrote a letter to the Florida public schools that the Biden administration will protect districts that defy DeSantis on mask mandates. Cardona wrote that federal money could be used to offset any financial penalty that mask-mandating districts may face from Tallahassee.

“Your decisions are vital to safely reopen schools and maintain safe in-person instruction, and they are undoubtedly in the best interest of your students,” the letter said.

The School Board meets at 11 a.m. on Wednesday.