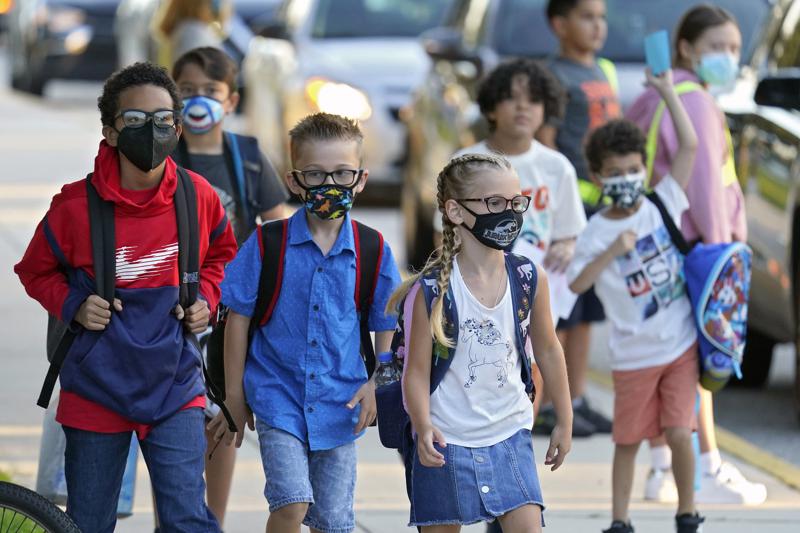 Corcoran does not say how the districts will be affected.

Two school districts defying Gov. Ron DeSantis‘ order banning mask mandates at schools will be the first to test just how far the state will go to defend its anti-mask mandate stance.

Education Commissioner Richard Corcoran is recommending Florida’s Board of Education use its “enforcement powers” after he found “probable cause” that Alachua County and Broward County schools “acted contrary to the law.”

In two memos sent to members of the State Board of Education, Corcoran argues the two school districts violated an emergency rule and the Parents’ Bill of Rights by requiring students to wear masks.

The school districts require students and teachers to wear masks and only allow opt-outs in certain instances.

DeSantis’ order threatened to defund school districts that implement mask requirements, though that threat has since been watered down to withhold funding only in the amount of school board members’ and superintendents’ salaries.

Corcoran said he recommends the State Board of Education “use its enforcement powers to enforce the health protocols,” but the memos do not say how the enforcement will take place.

The memos do attempt to head off any arguments that the state cannot enforce an emergency rule, adopted by the state’s Surgeon General, Scott Rivkees, as head of the Florida Department of Health. That emergency rule lays out COVID-19 protocols for schools, including a protocol that states:

“Students may wear masks or facial coverings as a mitigation measure; however, the school must allow for a parent or legal guardian of the student to opt-out the student from wearing a face covering or mask.”

Corcoran wrote any would-be challenges to the emergency rule should be rejected.

“Any argument that the State Board of Education lacks the authority to enforce these school safety protocols should also be rejected,” read the memo.

Corcoran concluded by asserting school superintendents have a duty to comply with the law.

“Every school board member and every school superintendent have a duty to comply with the law, whether they agree with it or not,” read the memos.

The memos were sent in advance of an emergency meeting of the State Board of Education set for Tuesday at 4 p.m.