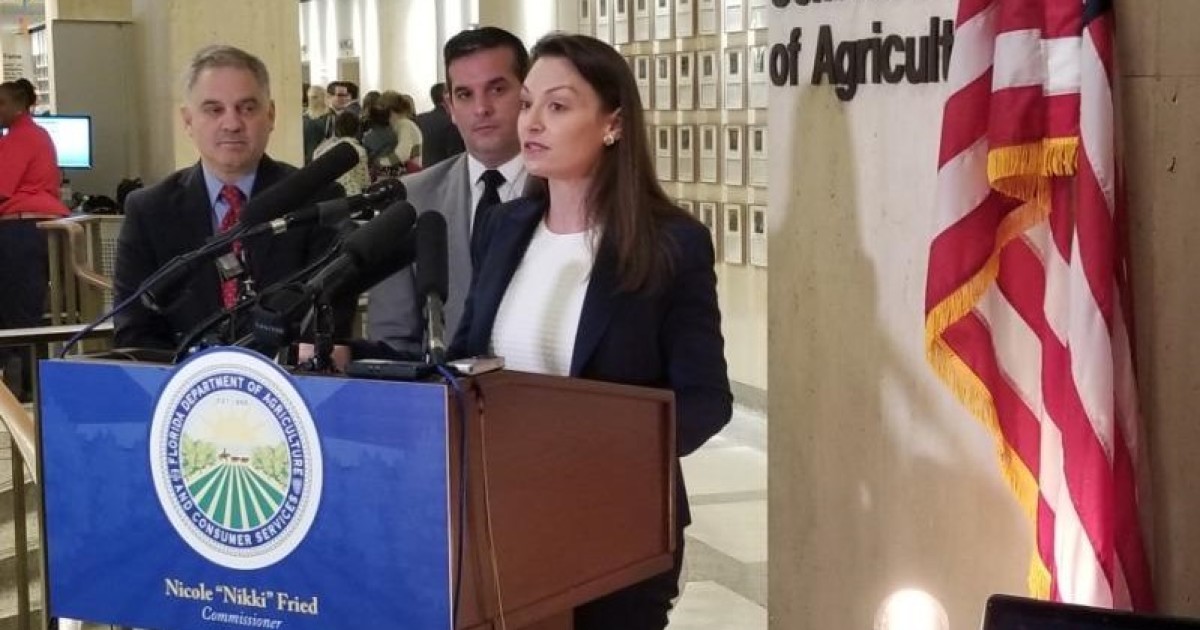 We are a state that unites during a crisis.

As I stood in the Cabinet Room of the Florida Capitol, delivering the grim details of the delta variant rapidly infecting, sickening and killing Floridians — and what we needed do to stop it — our actual Governor, Ron DeSantis was on a fundraising vacation to Utah, Michigan and who knows where else.

His ambivalence and worse during an emergency of sickness and death, including children, is disqualifying and discrediting. There is just no way to trust someone willing to abandon, evacuate, and retreat from our state during a crisis — all so he could raise another few million dollars for a campaign more than a year away.

What kind of person would do that? Seriously?

It’s unprecedented. We are a state that unites during a crisis. Going back through as many Governors as you can remember, when a hurricane is threatening Florida, Governors throw on the Division of Emergency Management jacket, get all the best experts in the room, and then, most importantly, they communicate clearly to the public. All to save lives, property, jobs, and everything else.

During this crisis, DeSantis has done the opposite.

Instead of using every ounce of his influence to push vaccines, he completely ignored what he called “seasonal” sickness and death. It wasn’t until a political poll showed his approval rating underwater that he lifted a finger, and even then, it was self-serving. Instead of admitting that the Delta Variant is different and barnstorming the state to do the one thing that we know save lives — a vaccine — he’s now learned about a treatment that was already happening in hospitals when people get sick —monoclonal antibodies.

The irony of the Governor pushing this monoclonal antibody treatment — far less efficient than a vaccine and also only approved by emergency authorization — is not lost on anyone.

As our wisest elders remind us, an ounce of prevention is worth a pound of cure. The prevention is a vaccine. Always has been. But for some reason, our Governor seems to have decided that it’s better for him politically not to tweet, Facebook, or hold vaccine events around the state.

If that wasn’t bad enough, he’s also decided to wage war against anyone in his way. Our children, schools, and school administrators — threatening to defund our schools for protecting children. Suing private businesses, specifically the cruise ship industry, one of the pillars of Florida’s tourism-driven economy.

There is no good reason for any of this. But there is a reason why.

He’s trying to win a presidential primary that’s three years away. So, instead of taking his cues and leading with facts, science, and example, he’s taking direction from his personal saviors at Fox News Channel.

And so here I am, pushing to do his job for him —to give you the facts every single day, to push for greater transparency, and work with the White House to ensure schools aren’t defunded.

Doing literally everything within and above my power as your statewide elected Commissioner of Agriculture and Consumer Services.

Nikki Fried is Florida Commissioner of Agriculture and Consumer Services.