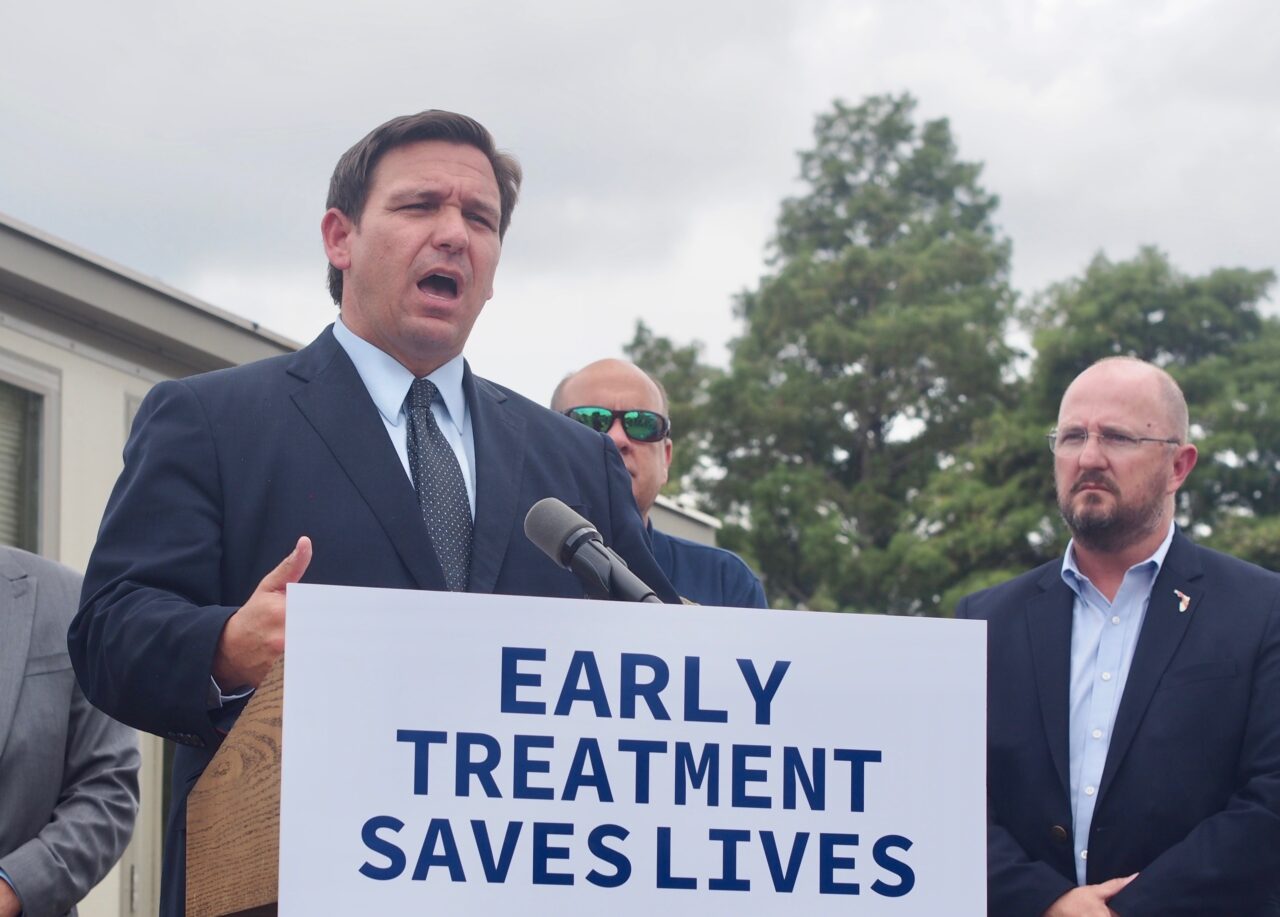 It’ll take more than a bit of criticism for Gov. Ron DeSantis to cut the lights on his latest COVID-19 roadshow.

Speaking Monday in Englewood, the Republican Governor defended himself against critics who scrutinize his promotion of monoclonal antibodies.

“I disagree with people who say you shouldn’t talk about early treatment because that may cause somebody to say: ‘Hey, I’ll just get the treatment,’” DeSantis said at a news conference. “Instead, you got to give them the information and let them make the decisions.”

Indeed, DeSantis has racked up the mileage promoting the injectable cocktail. Over the past week, he has appeared at well over a dozen ribbon-cutting events statewide, and more are soon to come.

The key, DeSantis said, is awareness.

“Just think of all the people who could have had this, who just didn’t know about it,” DeSantis told reporters in Englewood after an afternoon overture in Fort Pierce.

By week’s end, DeSantis expects roughly 21 sites to be fully operational statewide. Those sites, he predicted, will administer 10,000 treatments in the next 48 hours.

On Monday, the Orlando Sentinel Editorial Board charged DeSantis as a “dangerously disengaged Governor” who favors post-infection therapeutics over vaccines.

“Fact check: Gov. Ron DeSantis talks about vaccines at every monoclonal news conference; he has been doing 2/3 of these DAILY,” Pushaw tweeted.

On the other hand, doctors at Tampa General Hospital praised and supported the promotion in early August.

Regardless, DeSantis suggested Monday that, unlike him, Floridians need not travel far.

“The idea is (to) have them around the state to where the vast majority of our population has at least some type of access,” DeSantis said. “Obviously, we can’t make it five minutes from everyone’s house, but something that would be a car ride away to do.”

Monoclonal antibody treatment is free. More details and the locations of treatment sites are available online.

The U.S. Food and Drug Administration approved the injectable antibody cocktail in August as an early COVID-19 treatment for people at high risk for severe infections.