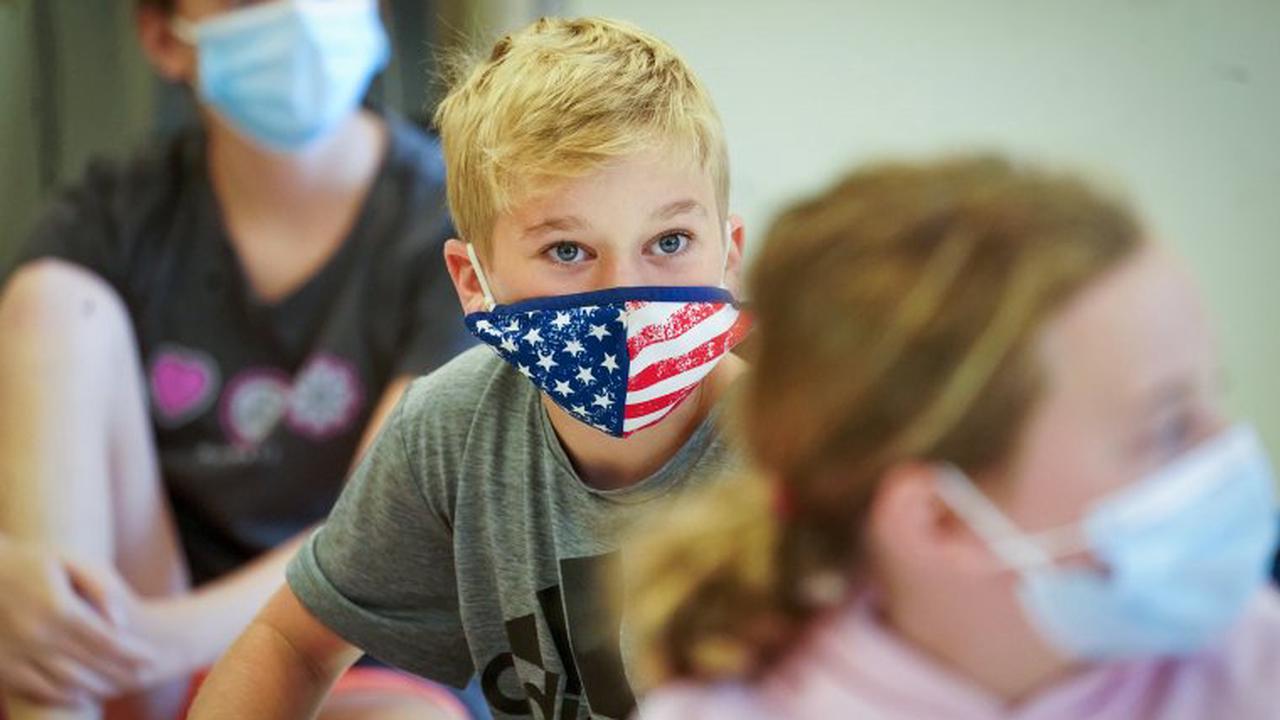 And that's not the only place pollsters say Ron DeSantis differs from the public.

Another poll shows a majority of Floridians want mandatory masks in schools.

About 60% say masks should be required for students, teachers and staff, as opposed to 36% who don’t want mandatory masks. That’s according to survey results released Tuesday by Quinnipiac University. Asked if schools should have the power to make that call, 54% said yes, while 44% said it should be parents’ choice.

The Quinnipiac poll shows that’s not the only place where voters differ with DeSantis on COVID-19 response.

About 46% of voters say DeSantis is hurting efforts to stop the spread of the coronavirus, while just 41% believe he is helping.

A full 61% of Floridians feel the recent surge in infections, driven by the delta variant, was preventable, compared to 33% who say it was not.

“As COVID-19 makes a frightening resurgence, it’s Tallahassee vs. the teaching institutions,” said Tim Malloy, a Quinnipiac polling analyst. “Thumbs down from Floridians on DeSantis’ ban on mask requirements in public schools. Thumbs down on DeSantis’ call to freeze the pay of administrators who mandate mask-wearing. And he gets scant support from fellow Republicans on penalizing the school leaders who defy him.”

Pollsters surveyed 991 adult Floridians on a series of questions about state COVID-19 response, collecting responses Aug. 17-21. The poll reports a 3.1% margin of error.

Digging into the response, Floridians seemed more supportive of masks than DeSantis-organized events or protests at School Board meetings suggest.

About 64% believe face masks to be an effective way to slow the spread of COVID-19, while 31% find them ineffective.

And 63% believe public health should be the top concern in setting mask policy, compared to 33% who say personal freedom should be the overriding concern.

For example, 58% of Republicans say freedom should drive decisions over public health. On mask requiring, a stunning 98% of Democrats support school mask mandates, while 72% of Republicans oppose them.

But regardless of party, voters disagree with DeSantis’ threat to punish districts with mask mandates financially. About 91% of Democrats say that’s a bad idea, along with 70% of independents. And even 52% of Republicans say it’s the wrong approach, compared to 38% who favor punitive measures.

At this point, 59% of Floridians consider the spread of COVID-19 in Florida to be out of control. Some 34% believe it is under control. But about 73% say the spread represents a serious problem at this time.

About 63% of voters said they have concerns about the delta variant.

But individuals don’t feel so individually threatened by COVID-19. About 56% said they are not too worried — including 28% who are not at all worried — about contracting the virus and becoming seriously ill. Only 47% copped to that fear, with just 17% saying they were very worried.

“Concerns about COVID-19 are palpable, and frustration with the surge in cases is reflected in the fact that a majority of Floridians say it should never have happened,” Malloy said.

Pollsters found more momentum in favor of vaccines. About 74% of Floridians have been or plan to get vaccinated with one of the COVID-19 shots, with 19% saying they had no such plans.

Of those with no plans to get the shot, 68% believed the vaccine poses a greater health risk than the virus itself.

Regarding mandating the shot for some professional groups, 62% support requiring vaccines for health care workers, 60% support it for teachers, and 50% said businesses should require vaccines for employees.

About 54% of those surveyed oppose businesses requiring proof of vaccination to offer service, which is now forbidden by Florida law.

But when it comes specifically to cruise lines, the public makes an exception. About 63% said they support cruise companies requiring proof of vaccination for all passengers.

nextLast Call for 8.24.21 — A prime-time read of what’s going down in Florida politics