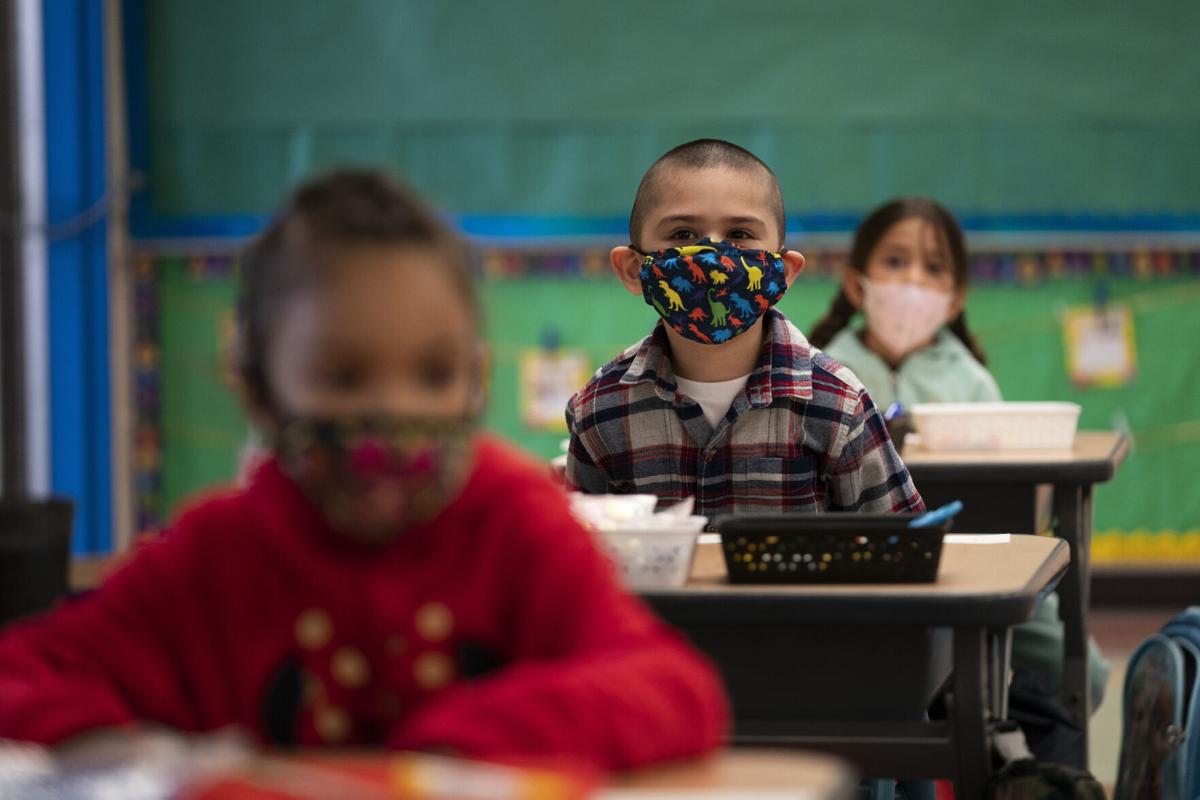 Gov. Ron DeSantis is strongly opposing mask requirements, but voters appear to be turning away from him.

More than six in 10 Florida voters believe schools should require all children to wear masks when classes begin later this month, according to a recent survey from St. Pete Polls.

The survey, commissioned by Florida Politics, found that 62% of likely voters support such a mask order.

The poll follows an executive order Gov. Ron DeSantis issued Friday banning school mask requirements. Meanwhile, the number of people hospitalized for COVID-19 in Florida rose to an all-time high of 11,515 patients in one day, according to data from the U.S. Centers for Disease Control and Prevention.

Ahead of DeSantis’ school mask order, the Florida Chapter of the American Academy of Pediatrics issued an unambiguous argument for face coverings and distancing, citing the fact that vaccines aren’t yet available for children younger than 12. The school year begins as soon as next week in some districts.

The poll marks a significant change from a year ago, when polls showed 79% of registered voters supported statewide mask orders. Unlike the current situation, vaccines weren’t widely available in July 2020, but Florida was similarly experiencing a record-breaking wave of COVID-19 infections and hospitalizations.

The St. Pete Polls survey reached 3,952 respondents over the phone, a high sample that led to only a 1.6% margin of error.

Real Clear Politics and FiveThirtyEight include St. Pete Polls in their polling aggregations.

As he has done since ending Florida’s COVID-19 lockdown early in the pandemic, DeSantis on Tuesday criticized calls to shut down schools and businesses.

“These interventions have failed time and time again throughout this pandemic — not just in the United States, but abroad — they have not stopped the spread,” DeSantis said. “Particularly with delta, which is even more transmissible, if it didn’t stop it before, it definitely ain’t gonna stop it now.”

In an interview with Fox News on Sunday, DeSantis suggested the CDC would want to mask students “indefinitely,” adding that schools were “perfect” for mask-optional policies. Last month, DeSantis also criticized masks as “muzzles” on children.

“I’ve got a 3-year-old son, and you’ve got people like (Anthony) Fauci saying ‘he should be muzzled and you should be throwing masks on these 3-year-old kids.’ It’s totally unacceptable. It’s certainly unacceptable to have any level of government imposing that on parents and on kids.”

The survey results also show DeSantis’ job approval underwater 5 points and losing in a head-to-head against U.S. Rep. Charlie Crist, a Democrat who hopes to retake the Governor’s Mansion, a significant shift in that race.