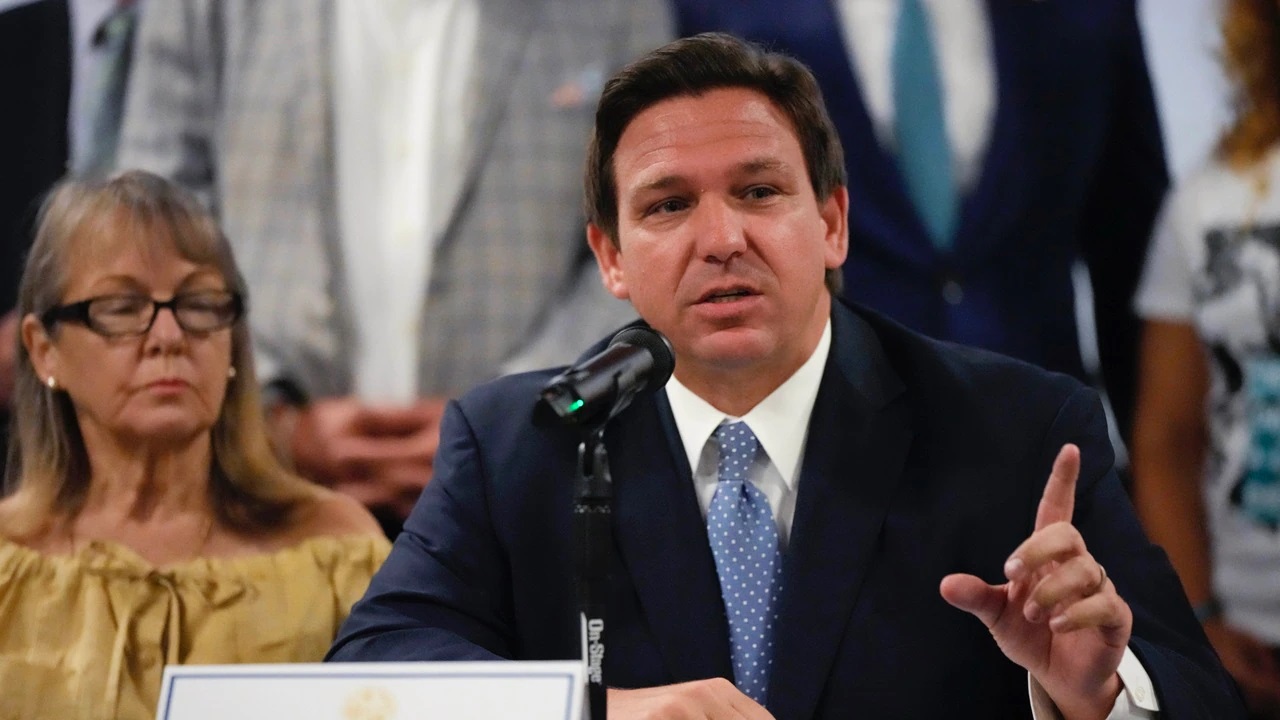 Cases and hospitalizations are hitting record rates in Florida despite access to the vaccine.

With COVID-19 hospitalizations hitting a record high in Florida, Gov. Ron DeSantis is criticizing those who publicly blame unvaccinated people who end up hospitalized.

DeSantis’ comments come amid media critiques that his administration isn’t doing enough to promote the vaccine among resistant individuals. Meanwhile, federal data released Tuesday showed Florida hitting a record 11,515 patients hospitalized in one day. Moreover, 2,400 of those patients are in ICU beds.

Only 61% of eligible individuals in Florida have received at least one COVID-19 shot. That number skews lower for younger populations.

Dr. Anthony Fauci and others have blamed unvaccinated individuals for “propagating” the delta variant, which is more contagious than previous strands of the COVID-19 virus. On Tuesday, DeSantis attacked the media and “quote ‘experts'” who have blamed hospitalized individuals for getting sick.

“With all due respect, I find that deplorable to blame a victim who ends up being hospitalized,” DeSantis said. “You don’t know their story. You don’t know what happened with that.”

DeSantis’ comments contrast those of Alabama Gov. Kay Ivey, a fellow Republican who last month expressed her frustration against her state’s unvaccinated residents.

Most individuals who have been recently hospitalized with COVID-19 are unvaccinated. Yet vaccines have been free and widely available for months.

“I’m sick of the judgmental stuff on some of this stuff,” DeSantis said. “Nobody’s trying to get ill here, OK? There’s people that were hermits for a year and a half, that wore six masks and did that and still contracted it, OK? So let’s just be real here, and let’s not indulge these things that somehow it’s their fault for not doing it.”

DeSantis has opposed mask mandates at any level of government. Some school districts have moved to require masks to help control the spread because the vaccine is unavailable for those younger than 12. But on Friday, DeSantis issued an executive order forbidding school mask requirements after hinting at a possible Special Session to outlaw mask requirements in schools.

DeSantis on Tuesday also accused the media of trying to fearmonger over the number of rising hospitalizations. Echoing comments from U.S. Sen. Marco Rubio from the day before, DeSantis added that “media hysteria” caused individuals sick with other conditions to stay away from hospitals last year during the initial wave of the pandemic.

He noted that some places around the state have fewer hospitalized individuals than during previous waves. But after his press conference, data from the U.S. Centers for Disease Control and Prevention showed Florida setting its hospitalization record.

The media “fixates on cases,” he added. The Governor continued to highlight emergency room visits for illnesses like COVID-19 as his preferred metric for tracking the pandemic.

Before launching into his defense of unvaccinated individuals, DeSantis said vaccines have helped reduce infections and the severity of infections in breakthrough cases — those who get sick despite getting the shot. There have been about 25,000 breakthrough cases, according to the Governor.

DeSantis’ endorsement of the vaccine was partly to lower expectations that the vaccine will fully protect people from illness, which he said had the assumption.

DeSantis expects the virus to “nose over” before resurging in the winter.

As he has done since ending Florida’s COVID-19 lockdown early in the pandemic, DeSantis criticized calls to shut down schools and businesses.

“These interventions have failed time and time again throughout this pandemic — not just in the United States, but abroad — they have not stopped the spread,” DeSantis said. “Particularly with delta, which is even more transmissible, if it didn’t stop it before, it definitely ain’t gonna stop it now.”