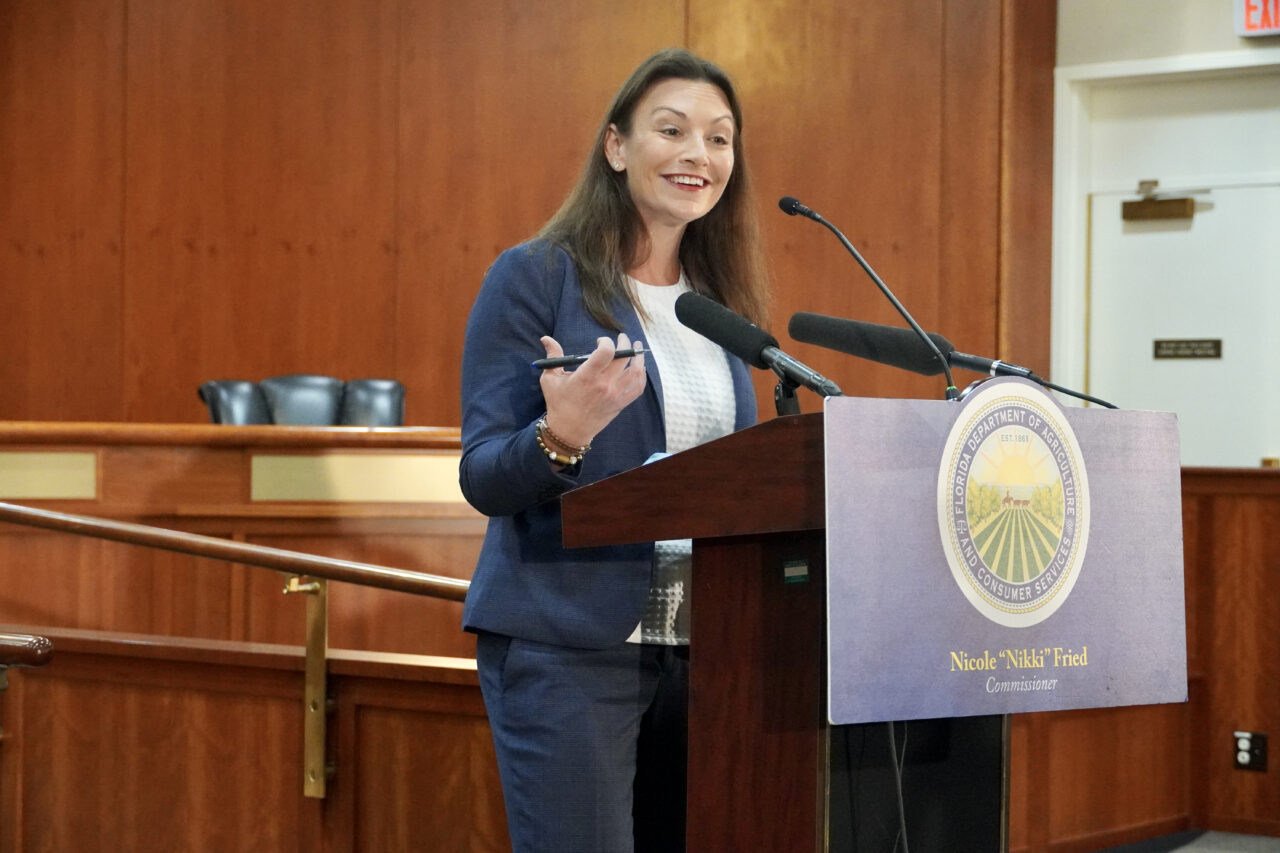 The announcements, one in Tampa and another in St. Petersburg, were part of Fried’s tour to promote the Department of Agriculture and Consumer Service’s Clean Water initiative.

The initiative seeks to update and strengthen the Office of Agriculture Policy’s water policies, which haven’t been revamped in more than a decade, Fried said.

“I came into office with commitments to further clean water efforts in our state, and today I’m here to announce that we have been working hard at the Department of Agriculture the last two and a half years we’re ready to roll it out now. We are rewriting the rules,” Fried said.

Fried was joined by state Rep. Michele Rayner-Goolsby, a Tampa Democrat, and Jaclyn Lopez, the Florida director with the Center for Biological Diversity.

At the press conference, Rayner-Goolsby announced she will put forth legislation in the 2022 Session to establish a task force designed to handle gypsum stacks in conjunction with the Agriculture Department. Gypsum stacks are giant retention ponds that hold waste from phosphate mining. The planned legislation comes in response to the Piney Point disaster, in which the Manatee County gypsum stack was breached, forcing the Department of Environmental Protection to pump more than 200 million gallons of wastewater directly into Tampa Bay by way of Port Manatee.

“When we saw what occurred in late March, April with Piney Point, it was very clear that this has already been an issue that many of us in our state knew about, but yet there was no accountability,” Rayner-Goolsby, who is also running for Florida’s 13th Congressional District, said. “I’m really proud that Commissioner Fried’s office is taking the lead on this, because as I was meeting with constituents — people who are directly impacted, not only their livelihoods, but where they live — it was very clear that they’ve been sounding the alarms for the past 10 to 20 years.”

Environmental scientists say the wastewater dump at Piney Point exacerbated this year’s red tide outbreak in Pinellas County, which led to more than 1,300 tons of dead marine life being removed from local waterways.

Lopez, who discussed water pollution, praised the new initiative, specifically for its goal of retooling protection programs and ending self reporting. Lopez called those steps “long overdue, and a significant development.”

“I grew up swimming and fishing in Tampa Bay, and it breaks my heart that I can’t do that with my children the same way as a consequence of water pollution,” Lopez said. “What’s most frustrating is that the problem itself is actually very simple, yet we continue to be plagued by it. We know what works. We know that the best way to prevent water pollution, like this, what we’re seeing with red tide, with harmful algal blooms, with finding fecal matter in our water, is to prevent the pollution from reaching the water to begin with and by holding polluters accountable.”

The clean water initiative will bring about several first-ever policies, including ending compliance-related self-reporting from agriculture stakeholders and instead conducting in-person visits, responding with action against non-compliance, and keeping detailed records of the nutrients being used by agriculture producers on the reduction landscape.

”We have to do better Florida. We know that we have the resources to do so,” Fried said. “Way too often efforts to protect our environment get caught up in partisan politics, with people focusing on finger pointing, but all we need to do is for everybody to work together.”