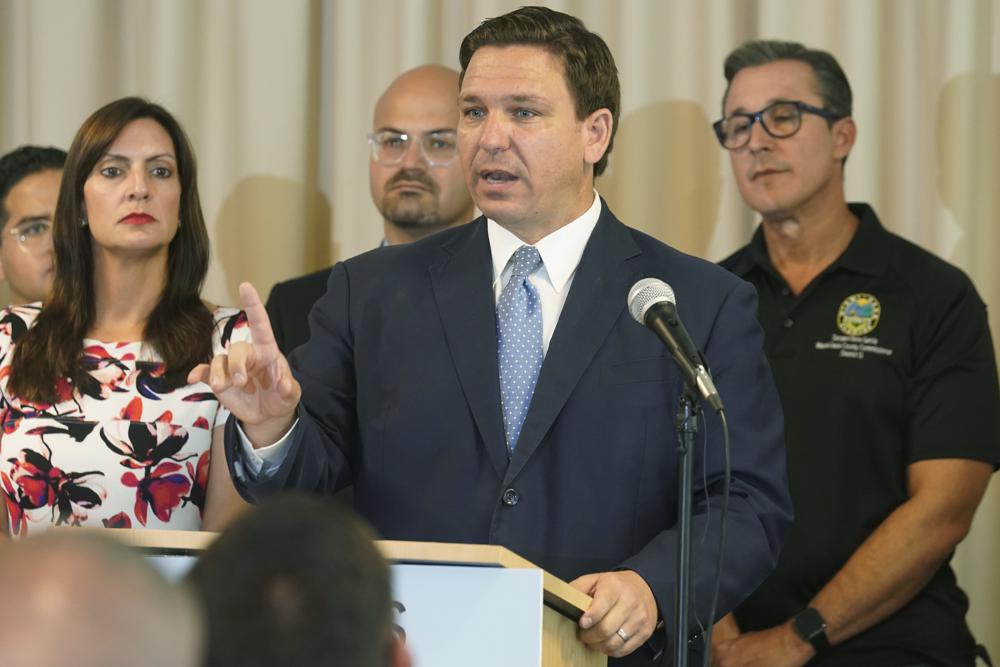 'There's consequences for that. There'll continue to be more, and I think we'll see that.'

Gov. Ron DeSantis says there could be more consequences to come for districts that flout the state’s rules against mask mandates in public schools.

A growing number of school districts have been adopting mask mandates for students despite the administration’s threats to punish district administrators. Those that already had mandates have stood their ground or returned to them after initially backing off.

When asked by a reporter Wednesday whether he would reverse his ban on school mask mandates, DeSantis returned the question, “How about keeping the power with the parents?”

“You can’t go above the law and take away people’s rights, and that’s what they’re doing. They’re taking away parents’ rights, and there will be consequences,” DeSantis said.

The State Board of Education last week ruled that Alachua and Broward county school districts were violating state law with their mask mandates. During the meeting, State Board Chair Tom Grady suggested suspending district administrators that violate state law.

That’s the way it works, DeSantis added, suggesting there will be more consequences to come.

“There’s consequences for that. There’ll continue to be more, and I think we’ll see that,” DeSantis said.

Many of Florida’s school districts are already seeing record numbers of COVID-19 infections among students. Still, the Governor maintains that masks don’t have a track record of reducing infections in schools.

Differences between schools that required or didn’t require masks were not statistically significant last year, DeSantis said. However, medical experts say the delta variant is much more contagious, including in children. Additionally, the Centers for Disease Control and Prevention recommend everyone wear masks in school regardless of vaccination status.

Schools shouldn’t send healthy children home either against their parents’ wishes, the Governor said. Additionally, he said they should recognize that some children might have antibodies through infection.

During expert testimony in a legal battle this week over DeSantis’ executive order against mask mandates, medical experts said people who have been vaccinated or were previously infected can transmit the delta variant at higher rates than prior prominent variants.

DeSantis has frequently criticized the “corporate media” for backing and highlighting pro-lockdown, pro-mask policies. He continued that line when asked about the rising number of infections in schools.

“I understand, respectfully, people in your profession love having kids in masks,” DeSantis said. “I get it, you guys have taken an editorial position on that, very clear. The data doesn’t support it.”