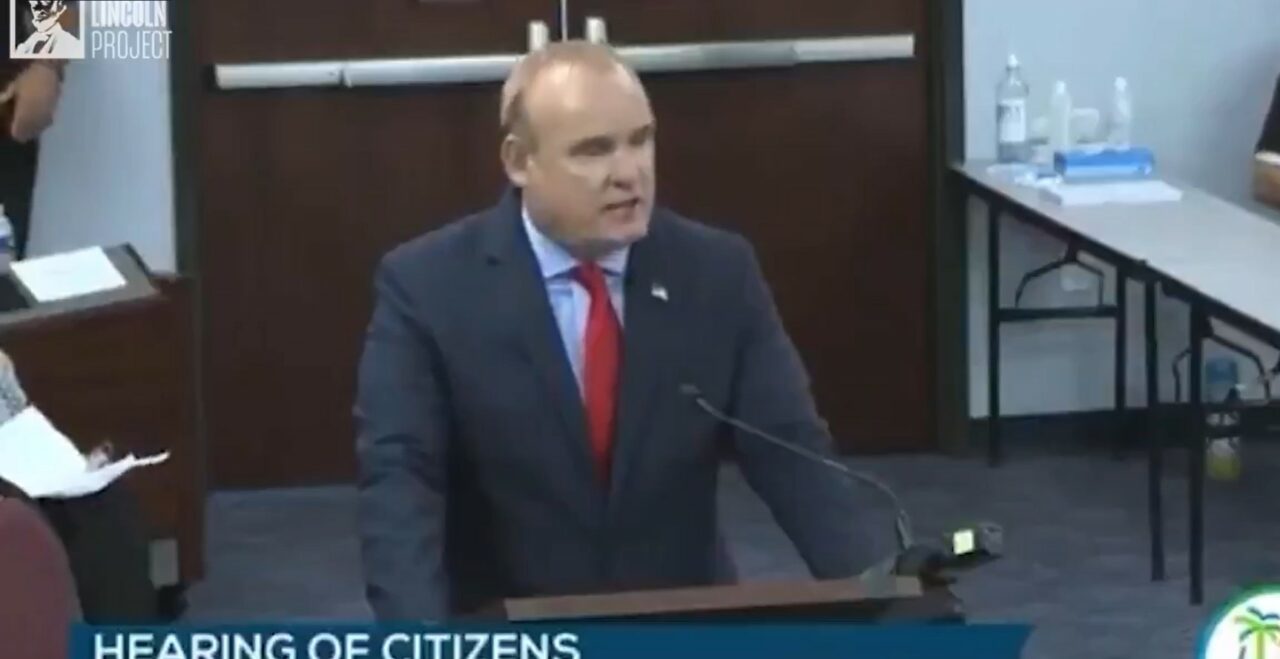 Martin Hyde spoke out against a school mask mandate.

A new ad from The Lincoln Project highlighting frantic opposition to mask mandates prominently features a Sarasota candidate for Congress.

“The choice here is not whether my son is going to wear a mask,” Hyde said, “because he is 100% not going to.”

The Sarasota school district is notably one of 10 in Florida with a mask mandate in place that only allows students to opt out with a documented medical excuse.

The advertisement from there goes into some more colorful testimony at local government meetings across the country. A San Diego man tells officials there they will “open a pit of hell” if they require vaccine passports. That same man, who screamed his entire testimony, later asked how many vaccination board members received and whether they’ve been a “good little Nazi.” He followed that up with “heil Fauci.” A woman at a Palm Beach County School Board meeting asserts vaccinated people’s veins will glow in black light and they will be magnetized so spoons stick to the spot where they received their shot.

While Hyde’s comments may not be so conspiratorial, it’s a hyperbolic exchange between the candidate and board members that inspires the video’s name.

“This is America, not North Korea,” Hyde says.

“Could you please lower the tone? It seems like you are yelling,” interrupts School Board member Shirley Brown. “Children are listening.”

“Fully paid up crazy redneck deplorable now according to them,” Hyde said.

Hyde said he doesn’t mind his inclusion in the video.

“Why would I be upset?” he said. “I talk about free speech all the time. They’re exercising their right just as I do.”

Our kids are watching. pic.twitter.com/ovNrgSLOcG