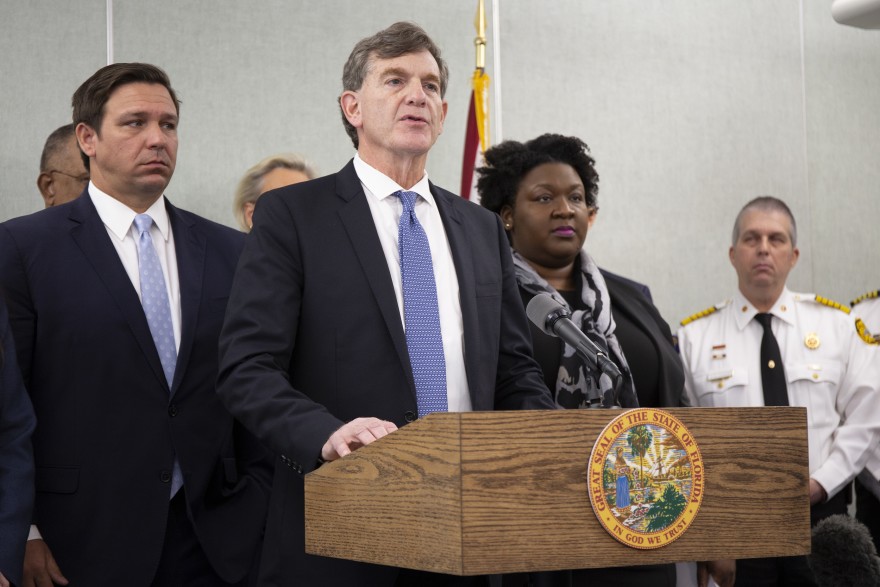 Rivkees, whose time in government has been marked by his absence from public view throughout much of the COVID-19 pandemic, will exit the administration when his contract expires Sept. 20. The news comes as Florida continues trudging through the pandemic with peak cases and hospitalizations on account of the delta variant.

“We thank Dr. Rivkees for his meaningful work during the most challenging pandemic of our lifetime. We appreciate his service to the people of Florida and wish him the best in his future endeavors,” DeSantis press secretary Christina Pushaw said in a statement after Florida Politics first reported the news about Rivkees leaving.

Rivkees, a pediatric physician, joined the administration in 2019. Although the Senate confirmed him, he faced scrutiny and tough questions about a reported history of sexually suggestive comments and his intention to continue working at the University of Florida, where he has remained a full-time employee.

The administration extended Rivkees’ contract “to the full extent of (its) abilities in law.” Because Rivkees was on an employee interchange agreement with UF, under state law he could only sign a two-year contract with the administration. State law also allows him a three-month extension, which he took in June when his contract was initially set to expire.

An announcement on who DeSantis will tap to replace him will come after his contract ends.

“It has been an honor to serve the people of Florida the past two years,” Rivkees said in a statement issued by the Health Department. “We responded to COVID-19 with an all hands on deck approach.”

As Surgeon General, Rivkees leads the Department of Health, one agency at the forefront of the state’s COVID-19 response.

“Before the availability of COVID-19 vaccines, Dr. Rivkees supported Governor DeSantis’ mission to protect the vulnerable by deploying infection control strike teams to limit the spread of COVID-19 in long-term care facilities statewide — an effort that ultimately saved many lives among Florida’s most vulnerable residents,” Fenske said in a statement.

Rivkees thanked the Governor for “the opportunity to serve Floridians in this incredibly vital role … I am humbled and proud to have been part of your team.”

Rivkees’s critics note that he made few public appearances during the pandemic, drawing questions about his involvement. In one of DeSantis’ COVID-19 panels in the first months of the pandemic, Rivkees left after suggesting social distancing would last for up to a year.

More recently, Rivkees issued a standing order allowing Floridians to be treated with Regeneron’s monoclonal antibody drug without a doctor’s note, part of DeSantis’ effort to push early treatment for COVID-19 infections. The U.S. Food and Drug Administration has approved that therapeutic for people at high risk for severe infection who test positive for COVID-19 or are exposed to the virus.

Rivkees also issued emergency rules detailing that school districts must allow parents to opt their children out of mask mandates, part of the DeSantis administration’s strengthening of parental choice as several districts move toward mask requirements. Rivkees’ rules were released in tandem with a vote on related rules from the Department of Education, drawing complaints that the Department of Health rules weren’t made public early enough.

DeSantis’ office would not provide details on who might succeed Rivkees. However, Division of Emergency Management Chief Medical Officer Dr. Kenneth Scheppke has appeared alongside DeSantis repeatedly in the last couple weeks as the Governor showcases new monoclonal antibody treatment sites.

Scheppke has provided his professional assessments of the treatment and vaccines during those appearances. As recently as Thursday, DeSantis has declined to acknowledge questions from reporters asking about Rivkees’ scant public appearances.