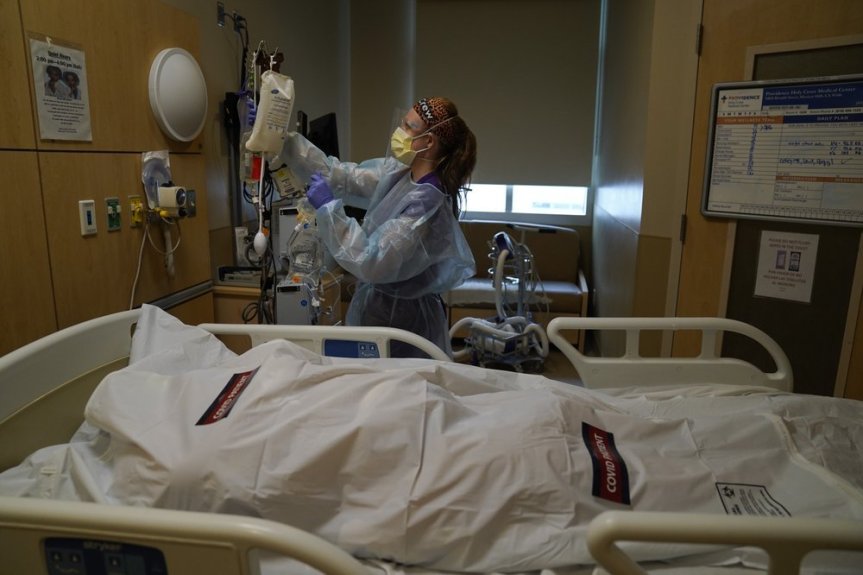 Over past 3 weeks, COVID-19 might be Florida's leading cause of death.

The number of people dying of COVID-19 in Florida continued to get worse in the past seven days, as the state set another record Friday with a weekly report tallying 1,727 new deaths acknowledged since last Friday.

With that report, Florida has averaged reporting more than 200 new COVID-19 deaths per day over a three-week stretch of August — the worst period of mortality seen in the Sunshine State’s entire 18-month coronavirus pandemic.

That level also means that in recent weeks COVID-19 might be the leading cause of death in Florida. COVID-19 deaths are being reported at a pace that exceeds what is typical for either heart disease or cancer, normally the two biggest killers in Florida.

That level also is far higher than what any other state is suffering this summer.

There has been much political gnashing of teeth recently as some state officials have sparred with journalists over high death numbers being reported. Reporting on Florida’s COVID-19 death rate is a task fraught with difficulty, as the state no longer publicly discloses dates of deaths for COVID-19 fatalities.

The way COVID-19 death reports percolate from local officials to state officials, and then to federal officials, information from those reports can take days or weeks to be tabulated, and often finally reaches the public domain in big, mixed batches some days, which federal authorities often release on Mondays and Thursdays in multi-day bundles. Meanwhile, on other days almost no new Florida COVID-19 death reports get tabulated for public disclosure.

For example, on Thursday, the U.S. Department of Health and Human Services daily report showed that Florida had just presented 901 new death cases, as reported Thursday by the Miami Herald. The day before though, the federal agency showed that Florida sent information on just nine new COVID-19 fatalities. The day before that, Florida presented just six. And there is no clear way to trace those 901 deaths to any given day or days.

“A lie of omission is still a lie,” Gov. Ron DeSantis‘ press secretary Christina Pushaw blasted in a tweet about the Herald’s story, charging that it could have led some people to the false impression that 901 Floridians had died of COVID-19 in a single day.

Yet each and every death in the 901 total is real — a unique, tragic fatality. And available information says the most probable cause was COVID-19.

The Governor’s Office has said little publicly about Florida suffering record levels of COVID-19 deaths lately — or about the anguish all of those deaths is causing. Pushaw did not respond Friday to an inquiry from Florida Politics.

With the assumption that a three-week sample should cover enough time to absorb most anomalies or quirks in bureaucratic processing, Florida Politics compiled three weeks worth of data released by the state and by the federal government.

Florida’s COVID-19 mortality picture over the past three weeks is grim, based on the data the Florida Department of Health releases itself, weekly, late each Friday afternoon.

The cumulative deaths data in those three reports show Florida’s rate of uploading death reports is rising quickly. For the seven-days ending Friday, Florida averaged reporting 246 deaths per day, including the 901 reports reported by the federal government on Thursday and the nine posted the day before.

Over three weeks, Florida has averaged 204 COVID-19 death reports per day. No other cause of death tracked by the Department of Health tops that level, at least on an annual basis.

Weekly reports are not available for other causes of death, but the Florida Department of Health’s Division of Public Health Statistics does compile annual reports.

Over the past three years (with 2020 data still considered provisional,) Florida has tabulated heart disease deaths that averaged about 180-190 per day in each year, according that division’s Death Count Query System.

Over the past three years, Florida has seen cancer deaths averaging about 120-130 per day in each year.

Here is the Florida Department of Health’s report for this week: 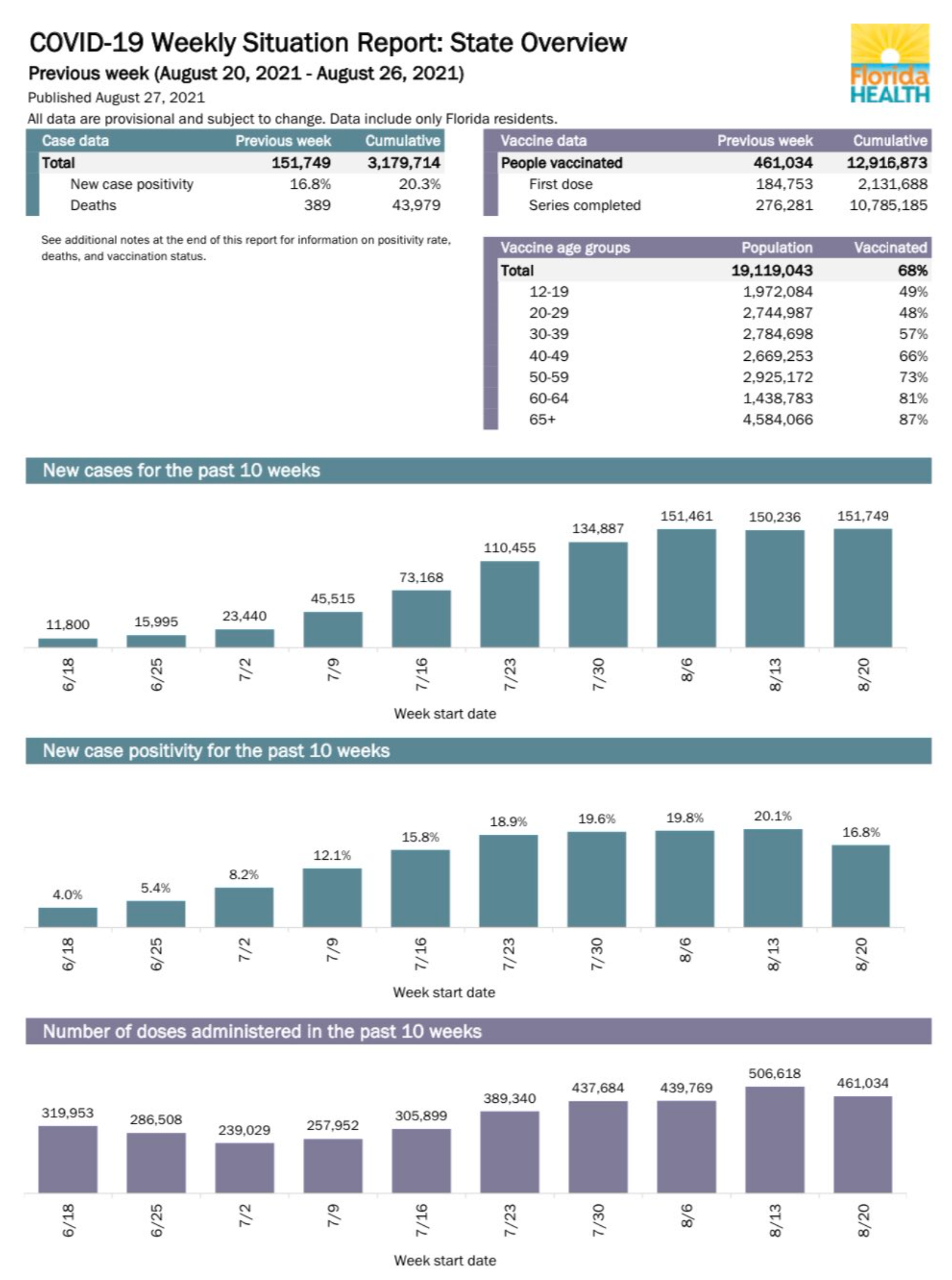 nextTakeaways from Tallahassee — Salute the Flagg