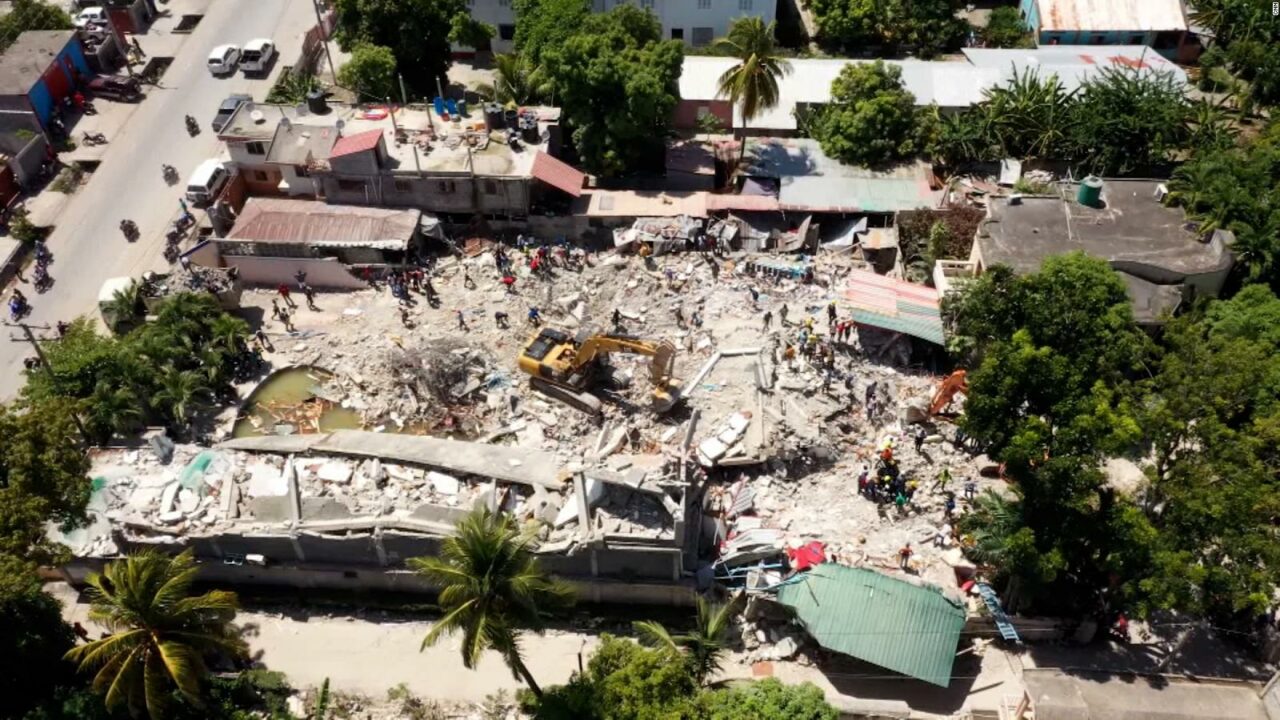 Officials are asking for the public's help to send much-needed supplies.

Elected officials from South Florida are continuing efforts to assist Haiti’s recovery after a powerful 7.2 magnitude earthquake rocked the island earlier this month.

Rep. Matt Willhite is pairing with Palm Beach County Cares to help send emergency supplies to Haiti. Meanwhile, Rep. Marie Woodson, who is Haitian American, joined several local elected officials on a trip to the island nation to survey the damage and meet with Haiti’s leaders.

“I am truly heartbroken by the latest events that have brought my country of birth, Haiti, to both a political and humanitarian crisis,” Woodson said. “While thoughts and prayers are important — and greatly appreciated — it is imperative to take action.”

The group of officials met with Haiti’s leaders, including Prime Minister Ariel Henry, as well as U.S. officials assisting with the aid efforts.

“This trip will attempt to resolve many of the issues facing Haiti by creating a plan of action we can work on to help the nation heal,” Woodson added in a Monday statement.

The earthquake struck just weeks after Haitian President Jovenel Moïse was assassinated at his home, adding to the turmoil affecting the nation and its residents.

While Woodson and her colleagues are seeking to coordinate big-picture responses to the quake, Willhite’s effort is focused on sending supplies to those in need.

“The people of Haiti have endured a terrible natural disaster,” Willhite said. “Palm Beach County Cares has a record of service. They have sent supplies to Puerto Rico, the Bahamas, and now, we need to come together to help Haiti. I am proud that my office has the capacity to serve as a donation drop-off location.”

Willhite’s office is at 12133 Ken Adams Way, #300, in Wellington. The top items in need are shelter materials, water, canned or nonperishable food, medical supplies and hygiene items, according to Willhite’s office.

The efforts by Willhite and Woodson add to the list of South Florida officials who have worked to respond to the disaster. Last week, U.S. Rep. Carlos Giménez and state Rep. Kevin Chambliss announced they’re launching the South Dade Haitian Relief Task Force. That effort is described as “an open collaboration between South Dade elected officials at the local, state and federal levels of government along with nonprofits and Haitian community leaders.”

previousFacebook COVID-19 alerts are making an impact in Florida communities