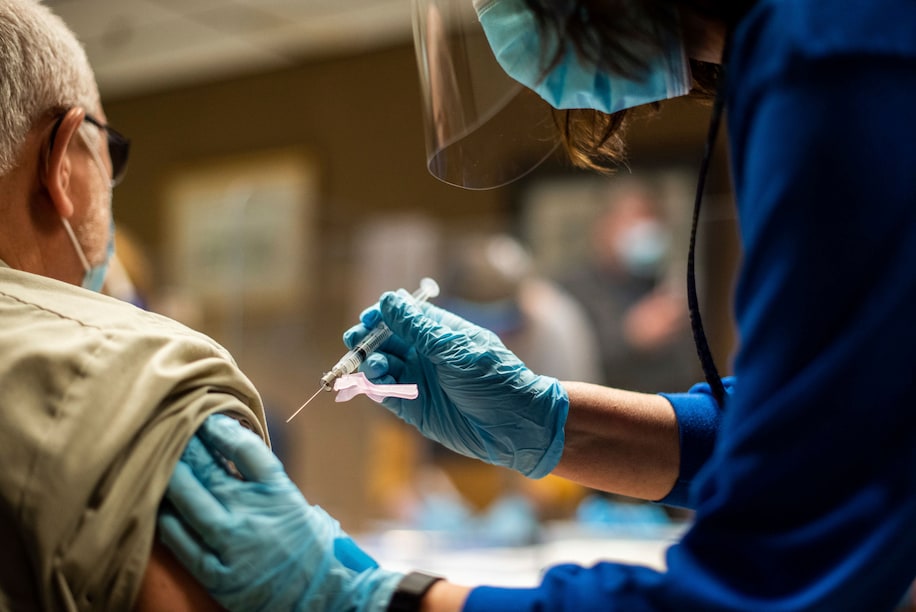 Democratic leaders put out another call for people to get vaccinated.

Citing the 1950s when lines formed for the polio vaccine and the surreal scenes unfolding in the state’s overwhelmed hospitals now, a group of South Florida doctors pleaded anew for people to get a COVID-19 vaccine.

Democratic U.S. Reps. Ted Deutch of Boca Raton and Lois Frankel of West Palm Beach hosted a news conference Tuesday with four doctors from South Florida hospitals who described the “pandemic of the unvaccinated” in vivid detail. Currently, 62.8% of Floridians 18 and older are fully vaccinated which is almost exactly the percentage nationally, according to the New York Times vaccine tracker.

But that vaccination level is not enough to stop record levels of infections, hospitalizations, and terrible deaths, said the doctors, who recounted the horrors they are seeing.

“(In) the final stages … the patients are air-hungry and oxygen deprived and that causes a sense of anxiety,” said Dr. Ahmad El-Haddad, who works in the Intensive Care Unit at Jupiter Medical Center. “You breathe faster and you breathe harder, trying to get more oxygen and eventually your body tires out.”

During this phase of the outbreak — fueled by the deadly delta variant — patients are going very quickly, El-Haddad said. Many patients who must go on ventilators die within the first 24 hours and most within a few weeks.

“Those very few that might recover, they are debilitated for life because they require home oxygen,” El-Haddad said. “It’s a horrible way of going.”

El-Haddad said he believes there should have been mandatory vaccinations months ago. But neither Deutch nor Frankel were ready to call for what they have in France: Every person who wants to take part in any kind of public life, such as going to a restaurant, a museum or a theater, has to show proof of vaccination.

The state has a law that bans requiring vaccine passports and currently the state is in a court fight with cruise lines who want to require passengers to get vaccinated.

With those constraints, Frankel urged businesses to do what they can to encourage vaccination; businesses are allowed to require it of their employees, she said.

“We’re here … sending out an urgent SOS,” Frankel said. “We’re at a point where everyone needs to understand that getting as many people vaccinated against COVID as possible is a must if we’re going to get to the other side of this pandemic.”

Dr. Leslie Diaz, an infectious disease specialist at Jupiter Medical Center, recalled a world where trust for what the medical community was telling people to do was more widespread, like when the polio vaccine was introduced.

“Those individuals back then were forward in doing what they needed to do and because of that, we don’t see this (polio) disease anymore,” Diaz said.

Frankel said everyone needs to do their part.

“There’s no knight in shining armor coming to save us,” she warned.