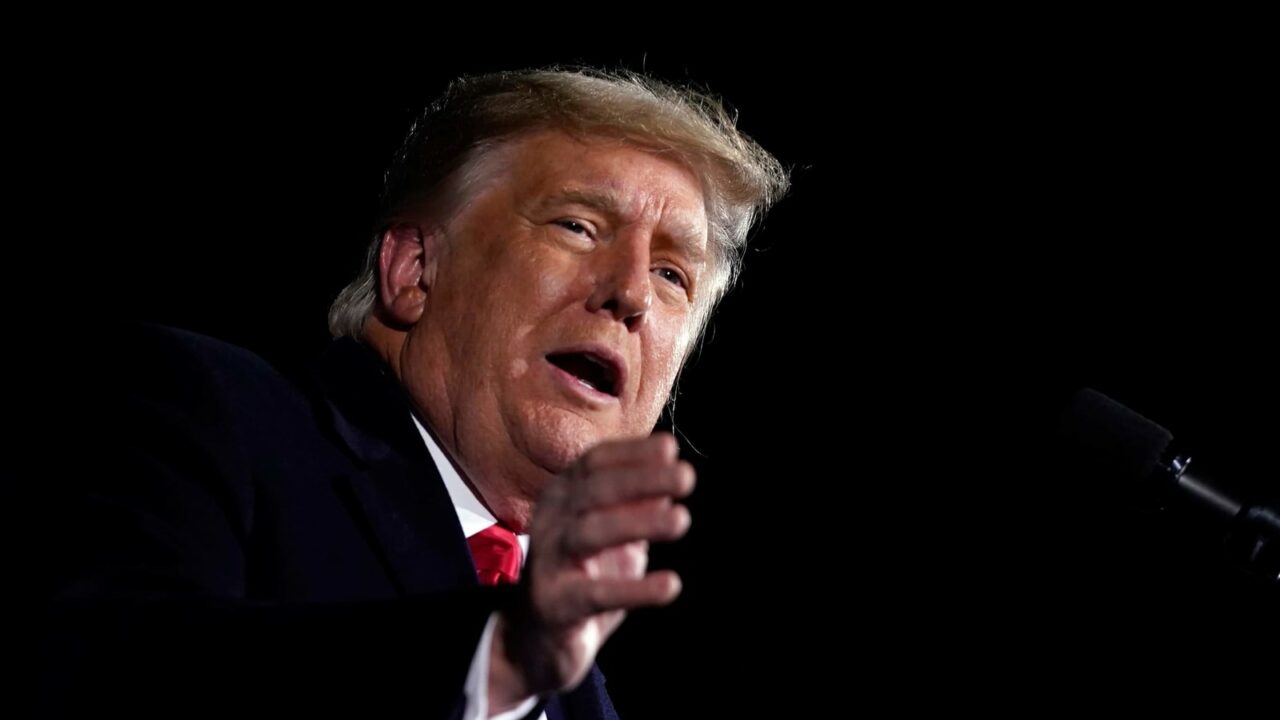 Trump called it an honor to defend 'the Judeo-Christian values and principles of our nation's founding.'

Former President Donald Trump fielded questions Thursday from religious leaders on a call with a group meant to shore up support from evangelical Christians.

The National Faith Advisory Board is based on the Trump White House’s Faith and Opportunity Initiative. President Joe Biden ended that program when he took office.

The coalition is intended to consolidate support from evangelical Christians. But the former President said the group would also defend other religions’ freedoms.

Religion would be the biggest loser of the 2020 election if Biden won, Trump said he predicted during the presidential debates. And things have turned out worse than he thought.

Trump said his White House opened its doors to all, especially the faith community.

“One of my greatest honors was fighting for religious liberty and for defending the Judeo-Christian values and principles of our nation’s founding,” he said.

The former President touted accomplishments like moving the American embassy in Israel to Jerusalem and the Abraham Accords, which saw the first normalized relations between Israel and the United Arab Emirates and Bahrain.

He also touted removing the “Johnson Amendment” from the federal tax code, which prohibits religious organizations and many nonprofits from endorsing or opposing political candidates. However, the Washington Post reports that the executive order Trump claims ended the Johnson Amendment didn’t do that. The law remains on the books and the U.S. Department of Justice says tax laws on religious organizations weren’t lifted.

Trump also highlighted other accomplishments, like promoting gasoline and oil for energy independence. Meanwhile, he hit Biden for how the War in Afghanistan unfolded, and for inflation.

However, the former President noted he only received half of the Catholic vote and about a quarter of the Jewish vote.

“I think they have to get together,” he said. “There has to be a little bit more unity with the religious groups all represented on this call.”

At the top of the call, Trump paid tribute to the service members who died in Afghanistan last week and those affected by Hurricane Ida and its remnants, from Louisiana to the Northeast.

Trump said they “have a chance” at 2022 and 2024 now because of how Biden ended the nation’s involvement in Afghanistan and the ensuing “disgrace.”

“We didn’t lose a soldier in 18 months. And then when I got out, all of a sudden they started claiming all land,” Trump said. “They weren’t doing anything when I was there.”

The National Faith Advisory Board is headed by Paula White, a Florida televangelist who served in the Trump administration for evangelical outreach under the White House’s Faith and Opportunity Initiative.

“You’ve conquered the business world, the media world, the sports world, the political world, and I believe that is because the hand of God is on you and your force and this world to bring forth greater things,” White said when introducing the former President.