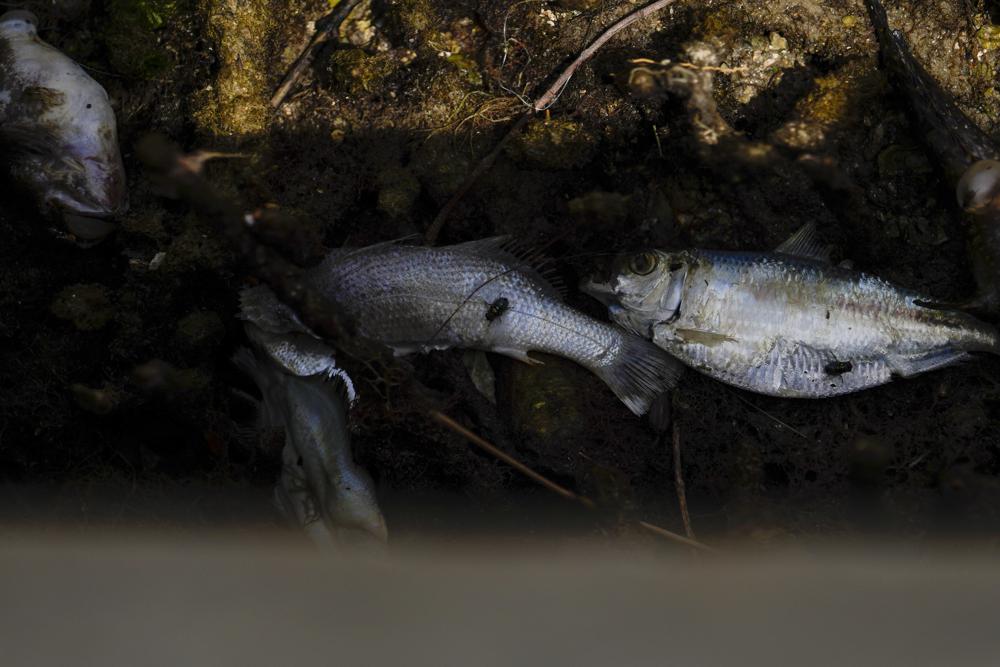 Scientists are still trying to determine what killed roughly 150 fish in Biscayne Bay over Labor Day weekend in Miami-Dade County. Early signs indicate the cause was similar to that of past fish kills: severely depleted oxygen in the bay, this time onset by “extreme heat with numerous rainy days,” Miami Beach officials said Tuesday.

The county said Wednesday conditions appear to have since improved.

They tested for dissolved oxygen, temperature, salinity, nutrients and other chemical parameters and found “no areas of anoxia, or areas devoid of dissolved oxygen, within the water column at any of the sites.”

Still, high temperatures and lower winds will persist this week, among other factors, and “conditions may still contribute to subsequent fish kill events.”

The dead sea life “included some bottom-dwelling fish such as puffers, toadfish and porcupine fish as well as other species including mojarras and snapper,” county staff wrote, adding that “DERM and DEP remain diligent and will continue to monitor conditions.” Crews observed about 50 dead fish near Miami’s Edgewater area and another 100 north of Biscayne Point. So far, no additional fish kills have been reported, the county said.

On Monday, Miami-Dade Mayor Daniella Levine Cava reminded residents the county is working “aggressively” to speed up water and wastewater infrastructure, including an initiative to link properties now dependent on septic tanks to the county sewer system, and stop other negative contributors like fertilizer and surface water runoff from reaching the waterbody.

“This incident is another reminder that the health of our beloved Bay is in jeopardy, which is why Miami-Dade County is committed to taking all possible action to turn around the crisis facing our waters,” she said in a statement. “Earlier this year, the County Commission passed and we began implementing a ban on fertilizer use during the rainy season (May 15 – October 31), when nutrients are more likely to be carried in water flowing off the urban landscape. And in this year’s proposed budget, we plan to invest millions of dollars to tackle fish kills and flooding, handle seaweed collection and removal, and preserve and protect Biscayne Bay.”

Rachel Silverstein, executive director of the nonprofit watershed and wildlife advocacy group Miami Waterkeeper, which in August 2020 documented an algal bloom in the bay that killed 27,000-plus fish, said she had received reports of seven die-offs by Tuesday.

The perilous health of Biscayne Bay is an issue that has attracted attention from many of Florida’s top elected officials. In June, upon signing legislation by Sen. Ileana Garcia and Rep. Bryan Avila, Gov. Ron DeSantis described the bay as “a critical natural resources for this region” in need of protection.

“This is the largest estuary in the state of Florida,” he said then. “This is an international destination serving 3 million residents and 16 million visitors annually. It contains the largest passenger port in the world. It’s an international sailing destination, and residents and visitors alike recognize and benefit from its ecological and recreational importance.”

The bill created the Biscayne Bay Commission, a nine-member body within the Department of Environmental Protection comprised of county, state and regional appointees.

Its goal, according to lawmakers, is to serve as a policy committee, working group, adviser to the county and something of a “clearinghouse” for bay improvement plans that in the past were entangled in political, intergovernmental and interagency blame games.

Miami-Dade DERM will continue inspections and collect water quality samples over the next several days to analyze conditions in the impacted area, county personnel wrote. The department, which has been collaborating with Florida International University and the Department of Environmental Protection Biscayne Bay Aquatic Preserves on data and information sharing, will also work with Miami Beach on removing and properly disposing fish biomass from affected areas.

Residents and visitors are encouraged to report fish kills online, by email or by calling 305-372-6955. To learn more about the county’s rainy season fertilizer ban and other related information, click here.