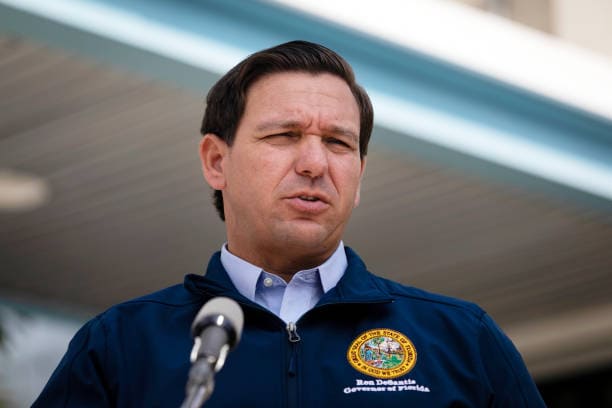 Lawmakers approved the measure (HB 1177), sponsored by GOP Rep. Bryan Avila, during the final week of the 2021 Legislative Session. Miami-Dade County has designated Biscayne Bay as a conservation area, but the popular tourist spot has still dealt with serious pollution problems.

At a Thursday news conference announcing the bill signing, DeSantis called Biscayne Bay “a critical natural resource for this region.”

The new legislation would set up a commission to “unite all governmental agencies, businesses, and residents in the area to speak with one voice on bay issues; to develop coordinated plans, priorities, programs, and projects that might substantially improve the bay area; and to act as the principal advocate and watchdog to ensure that bay projects are funded and implemented in a proper and timely manner.”

The nine-member Biscayne Bay Commission will be created within the Department of Environmental Protection. Sewage disposal facilities will also be banned from dumping waste into Biscayne Bay without providing advanced waste treatment.

“This is the largest estuary in the state of Florida,” DeSantis said Thursday. “This is an international destination serving 3 million residents and 16 million visitors annually. It contains the largest passenger port in the world. It’s an international sailing destination, and residents and visitors alike recognize and benefit from its ecological and recreational importance.”

“The Biscayne Bay is such an important resource for South Florida and our entire state, and I’m honored to be a part of this action today that focuses our efforts on protecting and restoring the bay,” Nuñez said.

“This action continues the momentum we’ve built since 2019 to preserve our most critical water resources in the Sunshine State for future generations to enjoy.”

Lawmakers have described the commission as a “clearinghouse” for Biscayne Bay improvement plans. Last Session, bill sponsors explained that having regulators at the local, state and federal levels led to “finger-pointing” between agencies regarding responsibility for environmental quality.

“What often ends up happening is that no one really ends up addressing the problem,” Avila said, arguing the commission will help direct those projects to completion.

Republican Sen. Ileana Garcia, who sponsored the Senate version of the bill (SB 1482), expanded on that argument at Thursday’s news conference.

“For decades, incongruent or even contradictory actions and policies have created unnecessary stumbling blocks in bringing long-lasting change,” Garcia said.

“Together in cooperation with our local government and residents of Miami-Dade, I know that we will work toward ending this crisis and begin the long road to recovery to a healthier bay.”

The Miami-Dade Board of County Commissioners will choose three of its own members to serve on the Biscayne Bay Commission. The Governor would name one appointee. A member of the South Florida Water Management District (SFWMD) Board who lives in Miami-Dade County would also serve.

The Department of Environmental Protection, the Florida Fish and Wildlife Conservation Commission and the Florida Inland Navigation District would each select one member as well. The final slot would go to a Miami-Dade County League of Cities member.

“With the combined efforts of the new commission, local entities, and the state’s $20 million appropriation for funding projects specific to Biscayne Bay, the bay should rebound exponentially,” added Florida Department of Environmental Protection Secretary Noah Valenstein.

“I applaud and thank Gov. DeSantis for his continued commitment to Florida’s natural resources, allowing for sustainable use and protection for the benefit of future generations.”