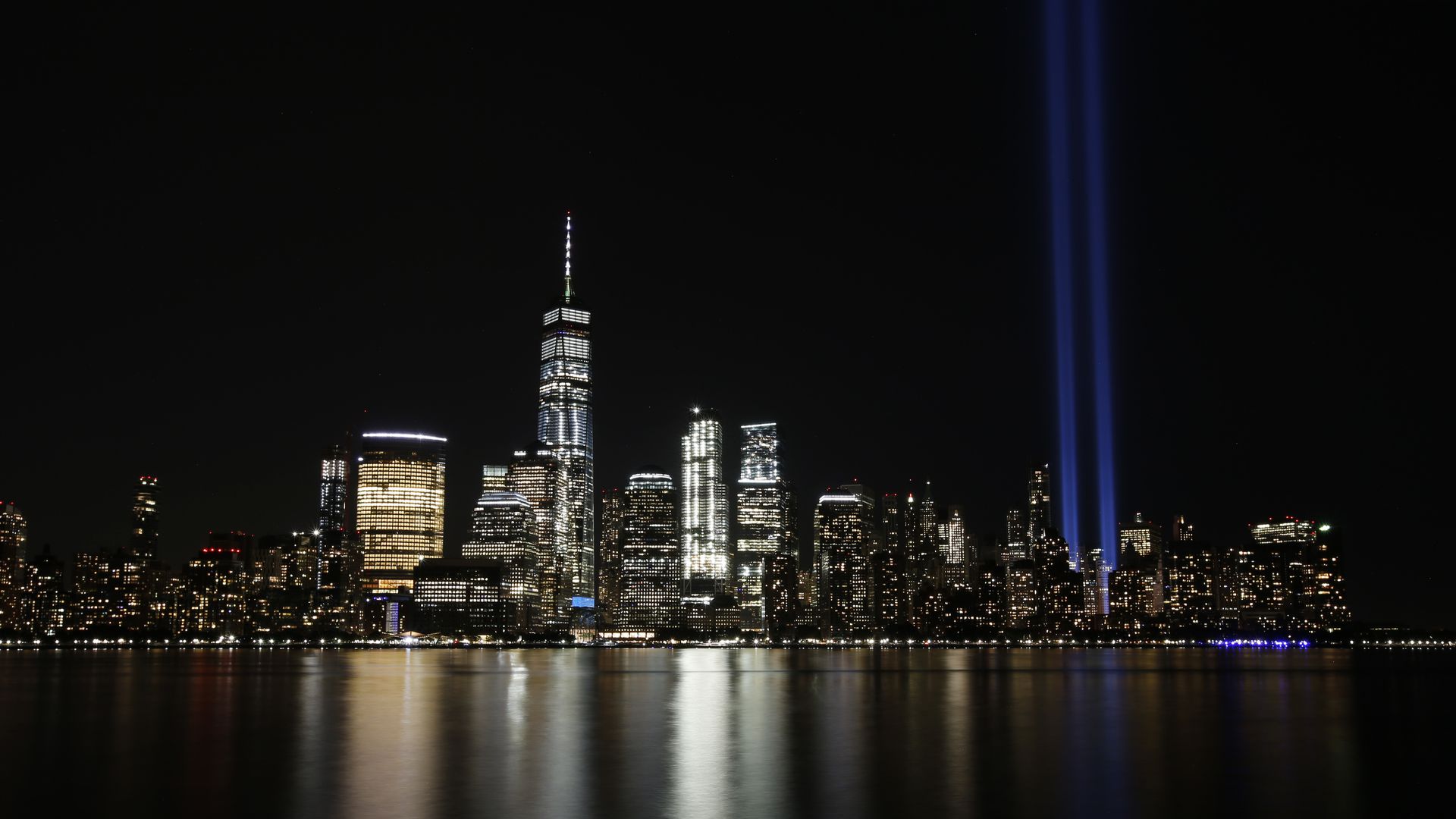 Some were well-known, while others were thrown into public consciousness by unhappy happenstance.

Rudolph Giuliani was a hero before he was a punchline. Lisa Beamer was a wife and mother before she became a symbol of Sept. 11 — and though her celebrity passed, her widowhood cannot.

In the aftermath of the planes falling from the sky, America and the world were introduced to an array of personalities. Some we had known well, but came to see in different ways. Others were thrown into public consciousness by unhappy happenstance.

Some, like Osama bin Laden and Mullah Mohammad Omar, are dead. But others have gone on to lead lives that are postscripts to Sept. 11, 2001. Here are a few of the boldface names of that tumultuous time — what they were then, and what has happened to them since.

THEN: Mayor of New York City, he was a hero of the moment — empathetic, determined, a focus of the nation’s grief and a constant presence at ground zero. “The number of casualties will be more than any of us can bear ultimately,” he said on Sept. 11. Oprah Winfrey pronounced him “America’s Mayor”; Time magazine declared him “Person of the Year.”

SINCE: After suggesting that his expiring term be extended due to the 9/11 emergency — an idea that was roundly dismissed — Giuliani went into private life, but not all that private. He launched a profitable security firm and ran abortively for the Republican nomination for President in 2008. His adventures as a supporter of and agent for President Donald Trump are well documented, and resulted in the suspension of his law license in his home state.

THEN: New York City’s police commissioner. Bald and stocky, he never left Giuliani’s side in the days after Sept. 11 — and followed the Mayor after he left office, joining the Giuliani security firm.

SINCE: President George W. Bush appointed Kerik as Iraq’s interim Minister of the Interior in 2003 during the Iraq war, and nominated him to head the U.S. Department of Homeland Security in 2004. He withdrew from consideration when it was revealed that he had employed an undocumented worker as a nanny and housekeeper; there followed a series of legal troubles, including convictions for ethics violations and tax fraud. He was pardoned by President Donald Trump in 2020.

THEN: The 43rd president of the United States, Bush was informed of the 9/11 attacks while reading “The Pet Goat” to second graders in Sarasota. He spoke to the nation that night and visited ground zero three days later, grabbing a bullhorn to declare: “I can hear you! The rest of the world hears you! And the people — and the people who knocked these buildings down will hear all of us soon.” His support in the polls reached 85%.

SINCE: The war on terrorism begat the wars in Iraq and Afghanistan, and Bush’s demand that the Taliban “hand over the terrorists, or … share in their fate.” He had long retired to oil painting in Texas when Navy SEALs killed bin Laden, and when President Joe Biden pulled U.S. forces from Afghanistan. In August, he said he was watching developments there “with deep sadness.”

THEN: While the Secret Service played “hide the president” with Bush on Sept. 11 — he was shuttled to military bases in Louisiana and Nebraska, for fear of terrorist attacks — his Vice President hunkered down in a “secure, undisclosed location,” a bunker inside the White House where he helped direct the government’s actions. Cheney became a fierce advocate of an unbridled response to the attacks, using “any means at our disposal.” He pushed for the 2003 war in Iraq. The interrogation technique known as waterboarding was a proper way to get information from terrorists, he said — not torture, as its critics have long insisted.

SINCE: After five heart attacks and a 2012 heart transplant, Cheney has lived to see his daughter, Liz, win his old congressional seat in Wyoming and become GOP persona non grata because of her criticism of Donald Trump.

THEN: A former head of the Joint Chiefs of Staff, Powell was confirmed unanimously as Secretary of State in 2001. He would go on to make a persuasive case before the United Nations for military action against Iraq, claiming that Saddam Hussein was building weapons of mass destruction. The war was waged, Saddam was toppled and killed, Iraq was destabilized; no such weapons were found.

SINCE: Powell has consistently defended his support of the Iraq War. But the lifelong Republican had little use for Trump, endorsing Hillary Clinton in 2016 and speaking in support of Biden at the 2020 Democratic convention. He left the Republican Party after the Jan. 6 assault on the Capitol.

THEN: National Security Adviser to Bush. In the summer of 2001, she met with CIA Director George Tenet at his request to discuss the threat of al-Qaida attacks on American targets. The CIA reported that “There will be significant terrorist attacks against the United States in the coming weeks or months.” Rice would later say that the information was old.

SINCE: Rice succeeded Powell as Secretary of State and has since returned to Stanford University as provost, then as a faculty member. In 2012, she also became one of the first two women allowed to join the Augusta National Golf Club.

THEN: Attorney General during Bush’s first term. In the wake of 9/11, he was the administration’s prime advocate of the USA PATRIOT Act, which gave the government broad powers to investigate and prosecute those suspected of terrorism. But in 2004, while lying in an intensive care unit with gallstone pancreatitis, he refused the administration’s entreaties to overrule a Justice Department finding that the Bush domestic intelligence program was illegal.

SINCE: After leaving office in 2005, Ashcroft became a lobbyist and consultant. His appearances as a gospel singer (and songwriter — his tune “Let the Eagle Soar” was performed at the second Bush inauguration) have tailed off.

THEN: As deputy assistant attorney general in the Justice Department’s Office of Legal Counsel, Yoo provided much of the legal underpinning for the war on terrorism. He argued that “enemy combatants” captured in Afghanistan need not be given prisoner of war status; that the President could authorize warrantless wiretaps of U.S. citizens on American soil; that the use of “enhanced interrogation techniques” like waterboarding was within the power of the President during wartime.

SINCE: Yoo is a professor at the University of California, Berkeley, School of Law. He remains a strong supporter of presidential prerogatives; in 2020, his book “Defender in Chief: Donald Trump’s Fight for Presidential Power” argued that Trump’s vision of the presidency was in line with that of George Washington, Thomas Jefferson, James Madison and Alexander Hamilton.

THEN: Leading propagandist of al-Qaida, labeled the “principal architect of the 9/11 attacks” by the 9/11 Commission. He was captured in 2003 by the CIA and Pakistan’s secret police, then spirited to CIA prisons in Poland and Afghanistan and finally to Guantanamo. Under duress — some called it torture — he confessed to involvement in nearly every major al-Qaida operation, including the 1993 bombing of the World Trade Center, the killing of journalist Daniel Pearl, the 2001 attacks and others.

SINCE: His trial date has been postponed again and again. He remains at Guantanamo, indefinitely.

THEN: Interim leader and then elected President of Afghanistan in the wake of Sept. 11, he managed the delicate balancing act of remaining on friendly terms with the United States and the West while unifying his country’s many factions — at least for a time. More than once, he called the Taliban “brothers,” and the later years of his presidency were marked by friction with the United States.

SINCE: Karzai has survived numerous assassination attempts, but when his second term expired in 2014, the passage of power to his successor, Ashraf Ghani, was peaceful. Ghani would lead the country for almost seven years, until he fled in the face of the Taliban’s triumphant return.

THEN: The chairman of the stock trading company Cantor Fitzgerald would have been in the company’s offices at the top of One World Trade Center, but he took his son Kyle to the first day of kindergarten. A total of 658 of the company’s employees — two thirds of its New York City workforce, including Lutnick’s brother Gary — perished. Within three days, Lutnick had established the Cantor-Fitzgerald Relief Fund for his company’s victims.

SINCE: The fund has disbursed more than a quarter of a billion dollars, including money for other victims of terrorism and disasters. Twenty years later, Lutnick remains the company’s chairman.

THEN: After 9/11, Lisa Beamer became the face of the day’s mourners, and a reminder of the day’s heroism. Her husband, Todd, a former college baseball and basketball player, is believed to have led other passengers in an attack on the hijackers of United Airlines Flight 93 that brought the plane down before it could crash in Washington. His exhortation of “Let’s roll!” became a rallying cry. His widow made 200 public appearances in the six months after the attacks.

SINCE: Lisa Beamer co-wrote a book, “Let’s Roll! Ordinary People, Extraordinary Courage,” and established a foundation in her husband’s memory. Donations dwindled, and Beamer receded from public view. The couple had three children, and all attended Wheaton College, where their parents met. All are athletes, like their dad: Dave, 3 years old when his father died, was a football quarterback; Drew, who was 1, played soccer, as has Morgan, born four months after the attacks. Morgan was her father’s middle name.