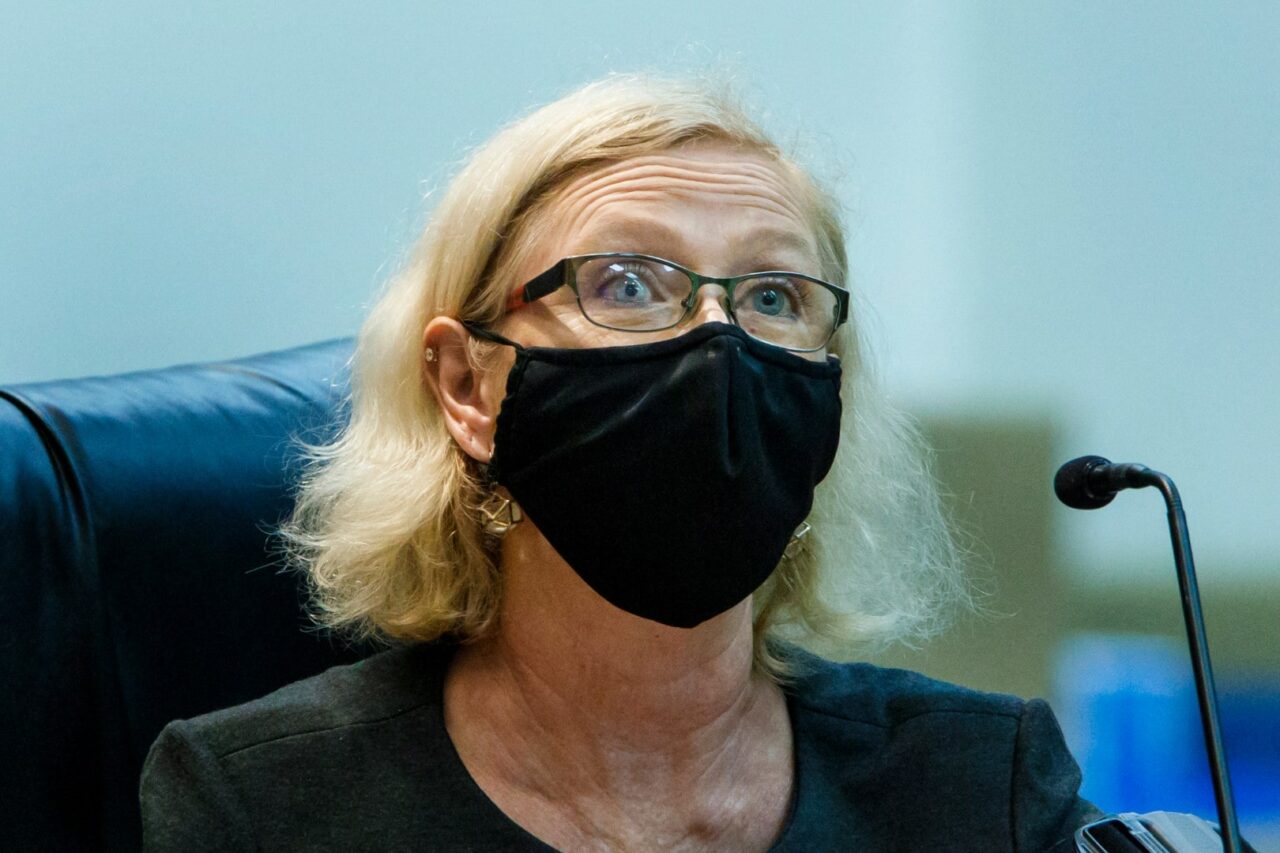 'What we’ve experienced in the last month is the result of our leaders failing to do their jobs.'

A group of doctors from across the state joined members of the Florida Democratic Party Thursday to rip Gov. Ron DeSantis‘ COVID-19 policies as the state comes off its worst outbreak since the pandemic began last year.

Democratic Rep. Kelly Skidmore joined three doctors Thursday for a virtual news conference criticizing DeSantis, as well as Republican U.S. Sen Marco Rubio, for the GOP’s leadership in the state. Both DeSantis and Rubio are up for reelection next year.

“This is the kind of crisis that requires strong leadership and an end to the political games we’ve been seeing playing out through the past year-and-a-half,” Skidmore said, before highlighting a list of policy proposals which have been used to contain diseases in the past.

“We know what it takes to end this COVID surge and keep Floridians safe. Since 1897, physicians have been wearing masks to keep patients, and themselves, safe. In 1922, many U.S. schools required students to receive the smallpox vaccine before they could attend. In 1969, compulsory immunization laws had been passed in 12 states. Science saves lives, and doctors — not politicians — know this.”

Florida’s case numbers and hospitalizations have begun to decline in recent weeks. Still, Skidmore argued doctors should have more of a voice in guiding the state’s policy decisions.

“Despite the advancement of alternative facts and politicizing of common sense, there are people who we can rely on in the midst of this pandemic,” Skidmore said. She argued doctors’ only agenda “is to keep people safe and healthy.”

The three doctors present on Thursday’s call — one of whom serves as vice chair of the Duval County Democratic Party — all praised DeSantis’ decision to make monoclonal antibody treatments more available in Florida. But all three also argued DeSantis is failing to do enough to promote other measures — such as masking and vaccinations — to keep Floridians safe.

“The Governor is not listening to frontline health care workers like me and my colleagues,” said Dr. Jennifer Caputo-Seidler, who works at Tampa General Hospital. “He’s not listening to the science of what we know will mitigate this pandemic: masks, social distancing, vaccination. He is following a political agenda and it’s at the expense of the lives and the health of Floridians.”

“I think it’s great that Gov. DeSantis is providing antibodies. However, that is a woefully inadequate response to the current crisis,” Sherling said. “By no means are they a substitute for masks and vaccines.”

DeSantis has repeatedly said vaccines are protecting people. But critics argue he has given outsized attention to monoclonal antibody treatments, which are only available for high-risk patients who have been exposed to COVID-19. Critics also argue the Governor has erred in framing vaccination — which can help protect communities by lowering the chance of spreading COVID-19 — as a personal choice.

“It’s about your health and whether you want that protection or not,” DeSantis said of the vaccines. “It really doesn’t impact me or anyone else,” he said.

While DeSantis has made occasional public comments highlighting the vaccine’s effectiveness, Sherling argued a more widespread push by DeSantis and Rubio is necessary.

“I think I’ve heard DeSantis and Rubio say, oh they’re not anti-mask. They’re not anti-vax,” Sherling said. “By not being pro-vaccine — vocally and strongly pro-vaccine and pro mask — they are leading to this vacuum where people are getting their information from absolutely ridiculous sources. And that’s what’s bound to happen when our leaders aren’t stepping up.”

Both DeSantis and Rubio have been staunchly opposed to vaccine and mask mandates. DeSantis has pushed to bar local school boards from instituting mask mandates for students. That effort is caught up in the courts, but a recent ruling has allowed school districts disobeying DeSantis to keep their mask mandates in place.

“Gov. DeSantis has spent the past month attacking local school boards who want to implement their own public health measures,” Skidmore bemoaned.

“Instead of holding events to promote vaccines, he’s defunding school boards who disobey them. His refusal to make any changes to state policies, promote vaccinations more or let school districts and businesses put their own rules in place to keep people safe is contributing to the spread of COVID.”

DeSantis has tried withholding salaries of school officials who have disobeyed his executive order barring local mask mandates in schools. The Joe Biden administration has promised to make up any such funding gap, though DeSantis’ threats are currently stalled by ongoing lawsuits.

Sherling said the DeSantis administration position is making it harder on parents whose children — many of whom aren’t yet eligible for the vaccine — are returning to classrooms.

“The start of school is stressful in any time,” Sherling said. “The fact that this whole mask nonsense has been brought into it has made it really just unconscionably hard for the parents in Florida to deal with.”

The call, organized by the Florida Democratic Party, is clearly an indicator of a major area where the party plans to go on the offensive this election cycle. Republicans have largely pushed to allow individuals the freedom to make health decisions, even if those decisions contribute to the spread of the virus.

“I honestly believe that if you give grownups and adults information, they’ll make the right decisions for themselves and for their families,” Rubio said last month. “And that really is our job in government for the most part, is to provide people resources and information.”

While large numbers of Floridians have been vaccinated against COVID-19, Rubio’s optimism is clearly flawed when it comes to the significant chunk of Floridians and other Americans who have continued to buy into conspiracy theories regarding the vaccines.

Florida was among the hardest hit states during this year’s summer surge. That’s attributable to Republican leadership, Skidmore argued.

“What we’ve experienced in the last month is the result of our leaders failing to do their jobs and take responsibility for Floridians’ lives,” she said.

Dr. Jennifer Cowart, a Jacksonville hospitalist and vice chair of the Duval County Democratic Party, expressed her own exasperation at the ongoing battle over information regarding vaccines and other public health safety measures.

“I can’t begin to tell you all how tired I am, and I know everyone is,” Cowart said. “We just need better. We need to all be feeling like we’re fighting the same fight instead of fighting on two fronts: fighting COVID and fighting each other.”