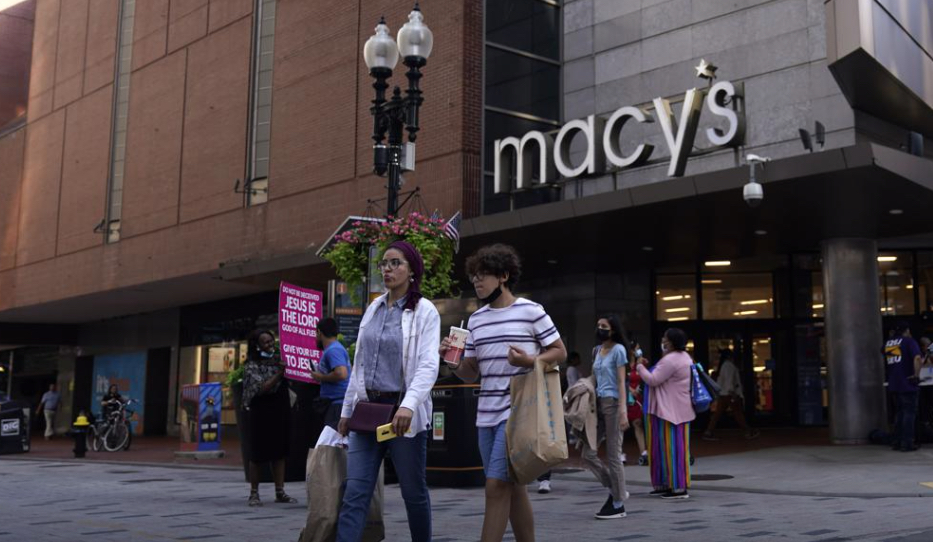 U.S. consumer prices rose a lower-than-expected 0.3% last month, the smallest increase in seven months and a hopeful sign that a recent jump in inflation may be cooling.

The August gain was weaker than the 0.5% increase in July and a 0.9% surge in June, the Labor Department reported Tuesday. It was the smallest increase since prices rose 0.3% in January.

While the upward march of prices appears to have eased last month, economists caution that the same underlying causes remain. Supply chains are still snarled especially for critical components like computer chips. Consumer demand is easily outpacing supply, which will push prices higher.

Over the past 12 months, prices are up 5.3%, down slightly from two consecutive months averaging 5.4%, the strongest 12-month price gains since 2008.

Core prices, which exclude volatile food and energy costs, rose a tiny 0.1% in August and are up 4% over the past year, an improvement from 12-month gains of 4.3% in July and 4.5% in June.

Republicans have attacked the Biden administration for this year’s surge in prices but administration officials have insisted that the price jump will be temporary and price gains will begin to return to more normal levels supply chains catch up to recovering economies.

There is some evidence in Tuesday’s report suggesting that the surge in COVID-19 cases caused by the delta variant may have contributed to slowing price gains, particularly in areas such as travel. Airline fares fell 9.1% in August while hotel room rates were down 2.9% and rental car prices dropped 8.5%.

Last week, the nation’s largest airlines warned that the spread of the delta variant would delay a return to normal operations. Air travel during the pandemic fell to levels not seen in the jet era.

The 0.3% overall increase was below the consensus view that prices would rise 0.4% in August. Analysts said the lower-than-expected reading should ensure that the Federal Reserve leaves its ultralow interest rate policies unchanged at next week’s meeting. But the analysts said the report doesn’t alter the view that the Fed will announce plans to trim its monthly bond purchases later this year, probably at the Fed’s November meeting.

“Inflation readings remain high enough for the Fed to move away from emergency support, perhaps later this year, even with some moderation in the recovery in the labor market,” said Rubeela Farooqi, chief U.S. economist at High Frequency Economics.