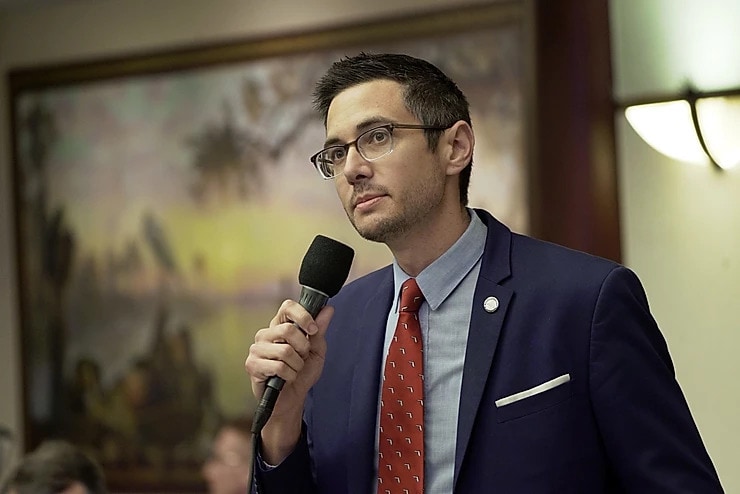 A significant chunk of his most recent haul came from trade unions.

Republican Rep. Vance Aloupis had his best fundraising month this election cycle in August, when he added $35,000 toward his 2022 bid to retain Florida House District 115.

That gain beat his previous high mark since winning reelection in November. In March, he raised $31,750.

Alopuis now has about $108,500 between his campaign and political committee, The Right Future for Florida.

No one has announced plans to run against him.

A significant chunk of his most recent haul came from trade unions. The American Federation of State, County and Municipal Employers, a frequent donor with several affiliate and local chapters throughout Florida, gave Aloupis $5,000.

On his fundraising ledger, Aloupis listed “Pinellas County” as the purpose for his gift to Latvala.

Aloupis is the CEO of The Children’s Movement of Florida, a nonprofit that advocates for early learning, child aid and parental support across the state. Appropriately, his other $5,000 gift last month came from Florida’s Voice for Early Learners, a political action committee run by the Florida Association of Child Care Management.

Both Aloupis’ group and the FACCM are part of the Early Learning Consortium, which describes itself as “a state partners advocacy group with the established commitment to (ensuring) that Florida’s early learning system is high quality and affordable, is accountable and equitable for providers, affords informed parental choice, ensures competent teachers, and imposes no unfunded mandates to achieve (a) shared vision of success for Florida’s children.”

Children’s Movement President Madeleine Thakur is the current chair of the consortium.

Voters in the district appear to favor the GOP, having previously elected Republican Michael Bileca to represent them there until 2018, when he reached term limits.