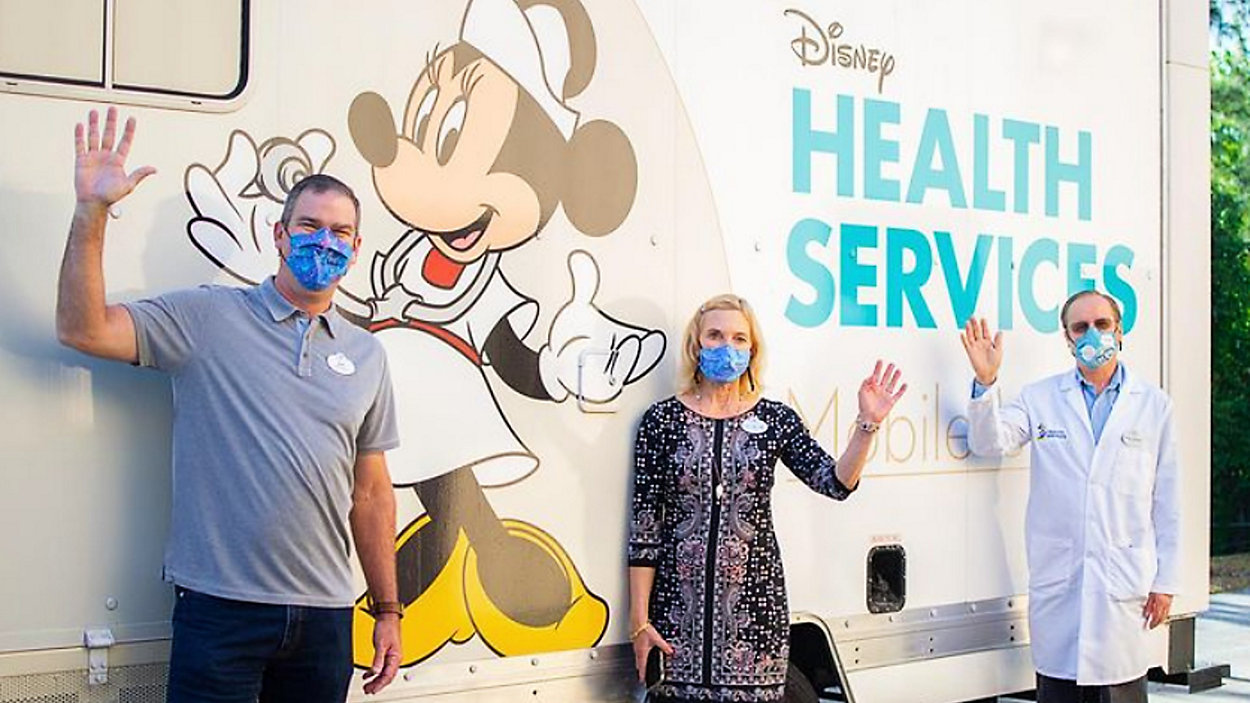 President Joe Biden was meeting Wednesday with the CEOs of Walt Disney and Columbia Sportswear, and other business executives and leaders leaders to discuss his recently announced vaccine requirement for companies that employ at least 100 people.

The White House meeting comes less than a week after Biden announced that the Labor Department is working to require businesses with 100 or more employees to order those workers to be fully vaccinated against COVID-19, or show a negative test result at least weekly.

Some 100 million workers would be subject to the requirement, Biden said. The Labor Department is working to issue an emergency rule to implement the mandate.

Biden announced the new mandate and several other steps last Thursday as part of a tougher effort by the administration to curb the surging delta variant of the coronavirus, which is responsible for sharp increase in U.S. infections, hospitalizations and deaths.

Just over half of the U.S. population has been fully vaccinated against COVID-19, data show.

Announcing the new steps last week, Biden sharply criticized the tens of millions of people who remain unvaccinated, despite the fact shots are free of charge and widely available.

“We’ve been patient. But our patience is wearing thin, and your refusal has cost all of us,” Biden said.

The business leaders and CEOs Biden is meeting with at the Eisenhower Executive Office Building, part of the White House complex, either have put in place vaccine requirements or are working to implement such rules, the White House said.

Some business groups, including the Business Roundtable, welcomed the president’s announcement, while some Republicans accused Biden of overstepping his authority and have threatened to sue the administration over the vaccine mandate.

Josh Bolten, president and CEO of the Business Roundtable, was also scheduled to attend. The Roundtable represents more than 200 businesses that employ some 20 million people. Last week it issued a statement welcoming Biden’s announcement.

“America’s business leaders know how critical vaccination and testing are in defeating the pandemic,” Bolten said in a statement.