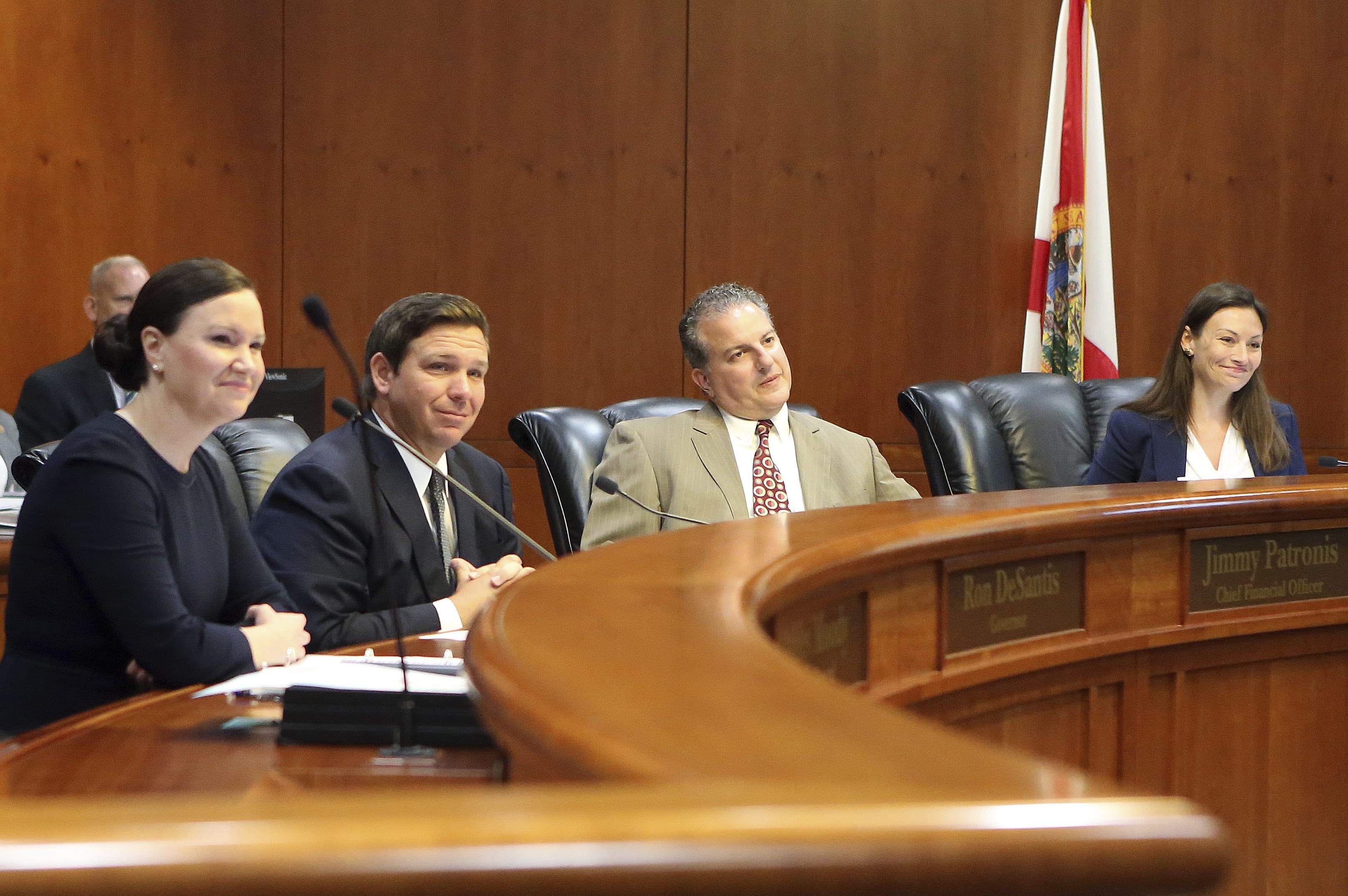 The appointment is among many dustups between Fried and DeSantis.

Despite repeated protests from Agriculture Commissioner Nikki Fried, the Florida Cabinet will not vote on the appointment of a new Secretary to the state’s lead environmental agency.

DeSantis in August appointed Interim Secretary Shawn Hamilton as Secretary of the Florida Department of Environmental Protection without the consideration of the Cabinet.

The move, Fried charges, is unlawful.

“As I reminded the Governor in June, he lacks the legal authority to unilaterally make this appointment,“ Fried said in a late August news release. “State law is very clear — it requires the unanimous approval of the Cabinet, in addition to confirmation by the Florida Senate.”

With more than a decade of experience at DEP, Hamilton rose agency ranks after starting as an ombudsman and public affairs manager.

Notably, Fried in August said her issue is not with Hamilton, but rather with DeSantis.

Fried — a Democratic gubernatorial contender — sent DeSantis a letter on the day of Hamilton’s appointment, “reminding him of his legal obligation” to consult the three-member Cabinet.

In the letter, she points to a statute saying the head of DEP is indeed appointed by the Governor, but with “the concurrence of three members of the Cabinet.”

“I’ve met with Interim Secretary Hamilton, have asked him tough questions, and he would break a glass ceiling as the first African-American secretary of the agency — my quarrel is not with him,” Fried wrote. “I told the Governor that he’s going to have to deal with me and our fellow Cabinet members if he wants this appointment approved, and nothing has changed since then.”

The next Cabinet meeting is Sept. 21.