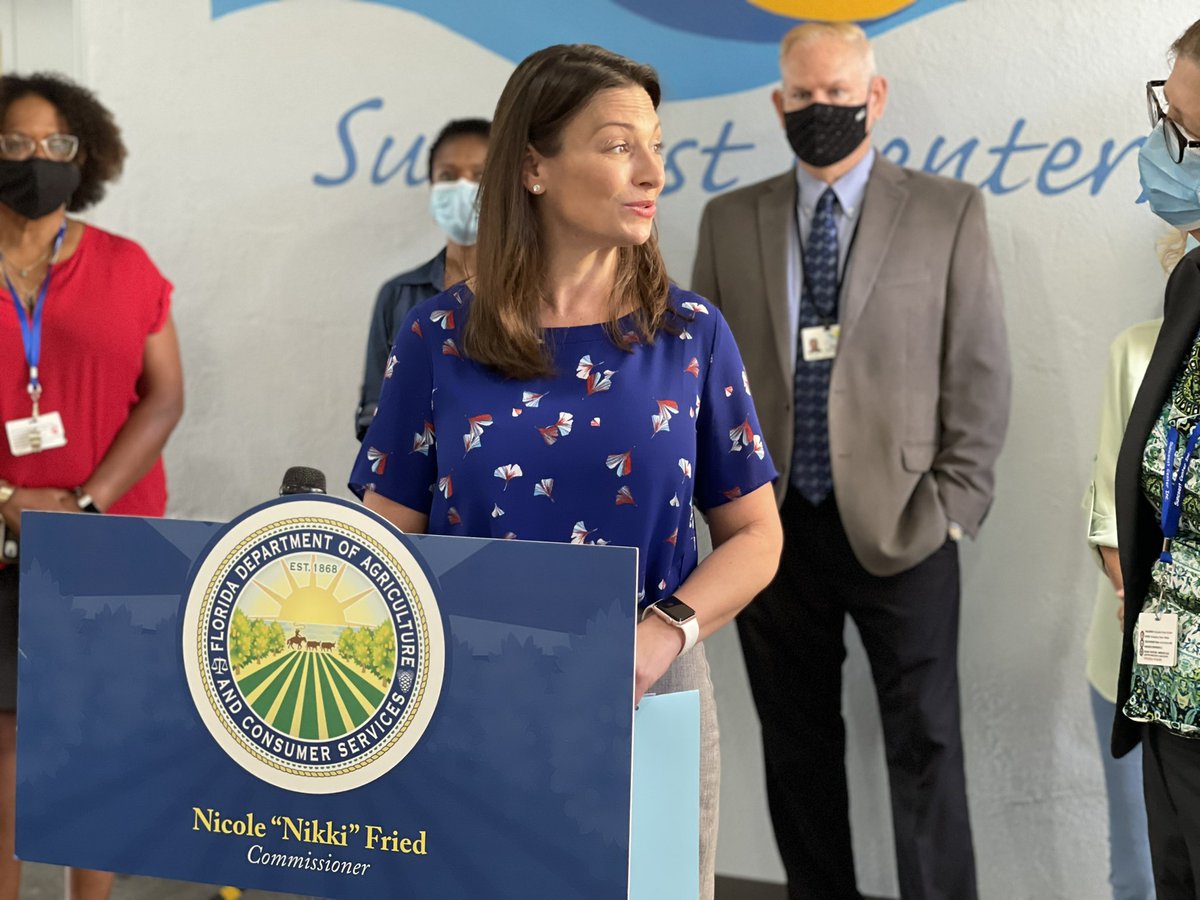 'The situation out there is dire.'

Agriculture Commissioner Nikki Fried said she’s willing to fill out the application for Gov. Ron DeSantis so that $820 million in federal pandemic food aid could get to 2.1 million Florida children in low-income homes.

All he has to do is submit it, she said.

Fried urged Floridians to call the Governor’s Office to ask DeSantis to submit the application for Pandemic Electronic Benefit Transfer money during a roundtable discussion she led with Orlando Rep. Anna Eskamani and advocates for hunger relief. Florida is the only state that has not applied, Fried said.

“Your Gov. DeSantis said it is not needed,” said Fried, who is in a bid to replace DeSantis in the state’s top job. “I bet if he asked the families that I hear from every single day, they would strongly disagree with that statement.”

The Governor has come under fire for failing to draw down available federal funding. Eighty-one groups, including the Florida PTA, have called on the Governor to apply for the food aid boost for kids, according to the Orlando Sentinel.

Christina Pushaw, the Governor’s spokeswoman, said Florida’s situation does not fit with this program’s clearly defined purpose, which was to provide additional benefits for children who couldn’t get free and reduced-price meals because of school closings.

“Governor DeSantis has ensured that in-person education is available to all students,” Pushaw said, explaining that schools have also been given food aid to be distributed to those who are quarantined. “As we continue to support families and students with in-person education, Florida’s public schools have resumed normal operations and schools are open in every county in our state. Therefore, students receive high-quality nutrition directly from our schools.”

Florida received the first round of Pandemic-EBT aid offered under President Donald Trump’s administration. DeSantis has yet to apply for the extended food aid President Joe Biden authorized at the close of the 2020-21 school year. For each eligible child, the money would amount to $2.26 for breakfast, $3.60 for lunch, and $1 for a snack daily, about $375 for each eligible child.

In a service-driven economy like Florida’s, that money could make all the difference, Eskamani said. Sluggish business travel to Florida and fewer hotel room bookings, for example, have a cascading effect that falls hardest on those working at the lowest rung of the economy, she said.

“There are good, good hard-working Floridians that just need a hand up, but the reality is that when they try to access government resources, they are met with organizations that are overworked and underfunded,” Eskamani said, recalling her own childhood, some of it spent in rented motel rooms as her parents struggled.

The two elected officials were joined by Kim Johnson, CEO and President of Florida Impact to End Hunger; Julie Kreafle, Vice President for Hunger Relief of the United Way of Palm Beach; and Penny Parham, Miami-Dade County Public Schools Food and Nutrition Officer. The trio offered glimpses into lives that were already one emergency away from full-blown financial crisis, and the huge number already struggling even before the COVID-19 outbreak.

“We’re seeing a lot of families … who are struggling like they’ve never struggled before,” Kreafle said. “They’re living in conditions that they may or may not have experienced prior to the pandemic … they’re living in multigenerational situations sometimes 10-12 people in a one-bedroom apartment.”

The hold-up in federal funds to the schools, the unemployed and to renters also earned DeSantis criticism. But Pushaw said the state is no outlier in distributing rental aid or school aid. For the unemployed, who had their $300 federal subsidy cut off three months before most states, Pushaw said it was, “another key step to returning more Floridians to work, following April’s labor statistics which show total private-sector employment increased by 18,800 jobs and more than 460,000 online job postings available throughout the state for job seekers.”

Fried, as she often does, addressed the Governor directly during Wednesday’s roundtable discussion.

“We have the opportunity, Governor, I’m talking to you, to help these families,” she said. “It is so important that the Governor and his team understand that they are the only ones are standing in the way of so many families having the resources that they need. The situation out there is dire.”