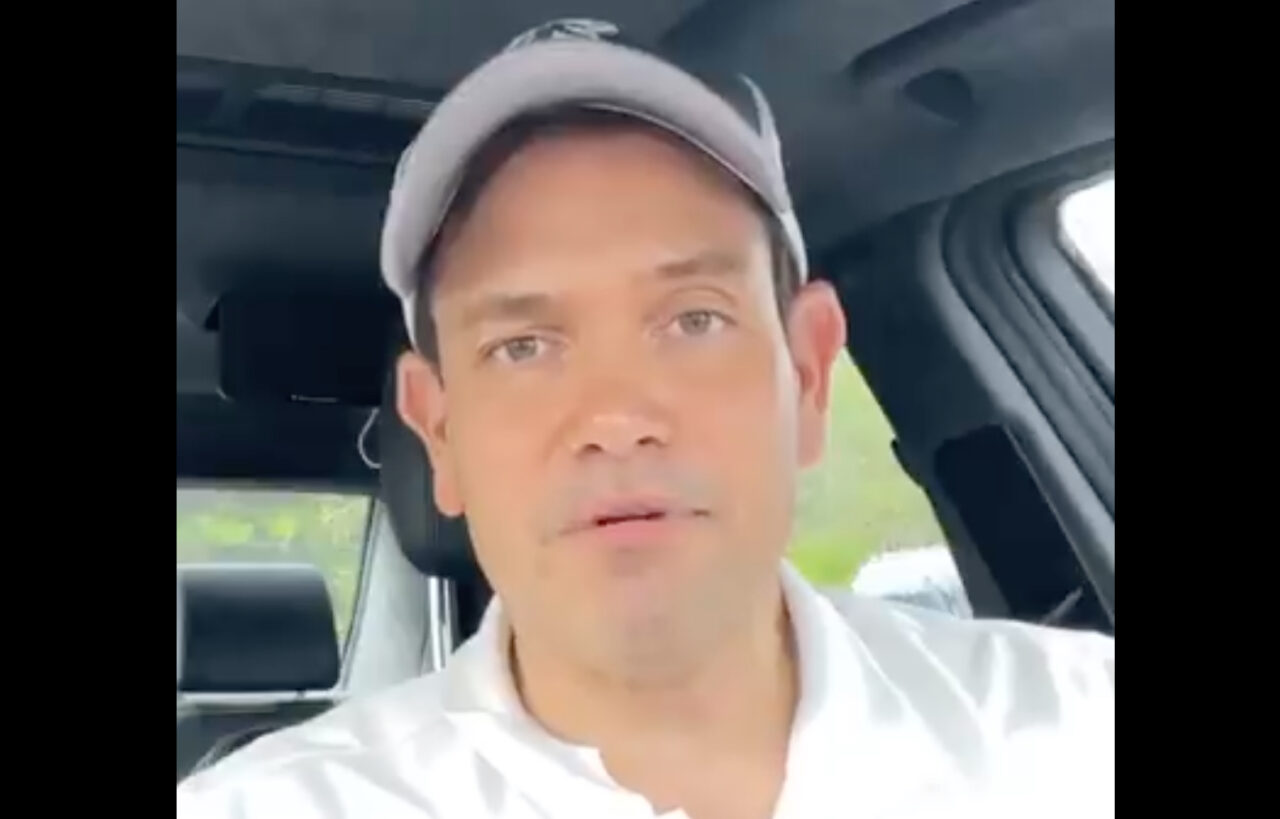 Republican Sen. Marco Rubio said Wednesday he believes Chairman of the Joint Chiefs of Staff Mark Milley was the leak on reports about his own actions to reassure China about peace — and said if the reports are true, Milley should be fired and face “military justice.”

Rubio, speaking into his phone camera for one of his trademark bunker videos released on social media, said reports about Milley in the upcoming book “Peril” strike him as treacherous, dangerous, and unconstitutional.

“Gen. Milley needs to answer questions about it, because if it’s true, he should be fired. He should be fired and he should have to face military justice,” Rubio said while sitting in the front seat of his car, wearing a ball cap and polo shirt.

The book by Washington Post journalists Bob Woodward and Robert Costa contends that on two occasions late in the administration of former President Donald Trump, Milley called his Chinese military leader counterpart to assure him that the two nations would not suddenly go to war if Trump ordered it, according to the Associated Press and other media that obtained advance copies of the book.

The book reportedly says Milley was worried about Trump’s stability, and was also concerned the Chinese shared in his trepidation about America’s stability under Trump.

The book says he made phone calls to Gen. Li Zuocheng of the People’s Liberation Army in October, four days before Trump lost reelection, and again in January, after the failed Jan. 6 insurrection by Trump’s supporters.

“Who’s the source of all of this? I don’t think these reporters made it up. If they made it up, then Gen. Milley should say, ‘This is a lie. It’s a fabrication,'” Rubio said.

“I think Gen. Milley — it’s clear now — was the source,” Rubio continued. “I think he talked to them. I think he portrayed it that way. I think he told them, ‘This wasn’t normal. I had to do this for the good of our country’ because he wanted to make himself look good.”

Joint Chiefs of Staff spokesperson Col. Dave Butler released a statement Wednesday afternoon that said, “The Chairman of the Joint Chiefs regularly communicates with Chiefs of Defense across the world, including with China and Russia. These conversations remain vital to improving mutual understanding of U.S. national security interests, reducing tensions, providing clarity and avoiding unintended consequences or conflict.

“His calls with the Chinese and others in October and January were in keeping with these duties and responsibilities conveying reassurance in order to maintain strategic stability. All calls from the Chairman to his counterparts, including those reported, are staffed, coordinated and communicated with the Department of Defense and the interagency.”

Rubio’s tweet, made before the statement was released, offered a different portrayal: If Milley took it on himself to reassure China that there would be no war with the United States if Trump ordered one, he was breaking his constitutional oath because the Constitution calls for civilian control — the President — of the military, not the other way around.

“Here we have an instance of the highest ranking military officer in the United States undermining the commander in chief by colluding and coordinating with a potential adversary,” Rubio said.

The Senator also speculated that the Chinese could have seen America during those moments in time as suffering instability in the chain of command They might have seen it as an opportunity to invade Taiwan, Rubio suggested.

previousSunburn — The morning read of what’s hot in Florida politics — 9.16.21