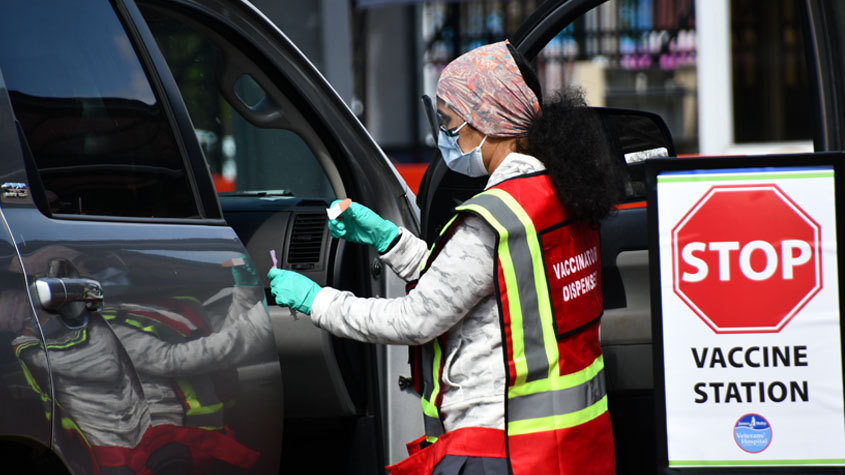 DOH data shows 9 out of 10 people in Miami-Dade age 12 and older have gotten at least one dose.

State data shows 90% of the eligible population in Miami-Dade County has received at least one COVID-19 vaccine dose, making Miami-Dade the first county in the state to hit that benchmark.

That data only considers individuals age 12 and older, as younger kids are not yet eligible to receive the shot. Still, Miami-Dade’s vaccination numbers are well ahead of other counties, according to the Florida Department of Health. Miami-Dade’s neighbor to the north, Broward County, is second among the state’s 67 counties with an 80% vaccination rate.

Palm Beach County, the final of South Florida’s three major counties, is tied for eighth in the state with a 73% vaccination rate — the same as St. Johns and Sumter counties. Though Palm Beach lags its South Florida counterparts, weekly vaccine doses actually went up week-to-week in Palm Beach for the first time since early August. The number of doses administered fell slightly week-to-week in Broward and Miami-Dade.

Those numbers come in as a Food and Drug Administration panel recommended against widespread COVID-19 booster shots, though a final decision will be made by the full agency.

Case counts are also continuing to fall in all three counties. Palm Beach saw an 18% drop in confirmed cases week-to-week. That number was 23% in Broward and 24% in Miami-Dade. It’s the third straight week those counties have seen a week-to-week case reduction in the 20% range.

All three counties are seeing their lowest case positivity rates since early July.

previousBlake Dowling: Update now! Zero-click exploits — do nothing, get hacked