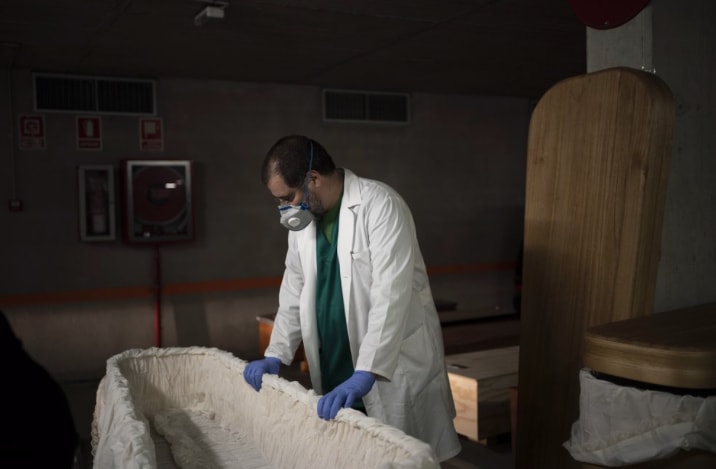 There is good news, as the weekly new case total continues to decline.

While Florida’s summer surge of COVID-19 cases steadily declines, the state continues to suffer more of the saddest toll in the pandemic, with another record number of newly reported deaths.

On Friday, the Florida Department of Health released its latest COVID-19 Weekly Situation report showing an increase of 2,468 deaths in the state’s running tally of COVID-19 fatalities since the week before. That’s the most Florida has ever recorded during a seven-day period throughout the coronavirus pandemic.

The latest state report also showed 75,998 newly reported COVID-19 cases during the most recent week, which actually is tallied through Thursday. That’s the lowest tabulation of new cases the Sunshine State has seen since late July.

Despite a dubious social media post claiming otherwise, which was retweeted by the Executive Office of Gov. Ron DeSantis on Thursday, Florida’s COVID-19 death toll has risen every week since early July.

Each state report updates data received from the previous Friday through Thursday. Because of delays in determining causes of death, in forwarding reports to the state, and state review of the deaths, COVID-19 fatalities do not necessarily occur during the same week the state records them. In fact, most represent Floridians who died during the previous week or earlier. Yet the state’s running cumulative deaths are the clearest representation of how many Floridians are dying from the virus.

Before August, the worst week Florida ever saw for newly- eported COVID-19 deaths was back in January, when Florida was still issuing daily reports. During the seven days reported through Friday, Jan. 29, Florida tabulated 1,296 new COVID-19 deaths.

The state’s weekly report also confirmed Florida has surpassed 50,000 total deaths during the coronavirus pandemic, a mark reported Thursday by the U.S. Centers for Disease Control and Prevention. According to the state’s latest tally, Florida has suffered 51,240 COVID-19 deaths since March, 2020.

The CDC also reports COVID-19 data for Florida, but its comprehensive reports run a day behind Florida’s weekly reports. Also, the CDC appears to tabulate cases slightly differently than Florida. Yet the federal data allow for state-to-state comparisons.

According to CDC’s data, covering reports received through Wednesday, Florida’s 2,538 COVID-19 deaths tabulated over the seven most recent days were the most for any state in the country, followed by 2,084 reported over the same seven days in Texas, and 945 in California.

While the Sunshine State’s death toll continues to soar, there is strong reason to hope a good change is coming. COVID-19 deaths typically rise and fall in a pattern that follows two to four weeks behind a state’s case tallies.

The state’s caseload continued to decline for the third consecutive week, according to Friday’s report.

In fact, the 75,998 new cases added to Florida’s running caseload during most recent week gave Florida its first weekly new case total below 100,000 in eight weeks.

Florida had peaked around 150,000 new cases per week for three weeks running in late August, by far the most the Sunshine State had suffered in the 19-month pandemic. The last time Florida reported a lower weekly total of new cases was with the July 23 report, which recorded 73,166 more cases.