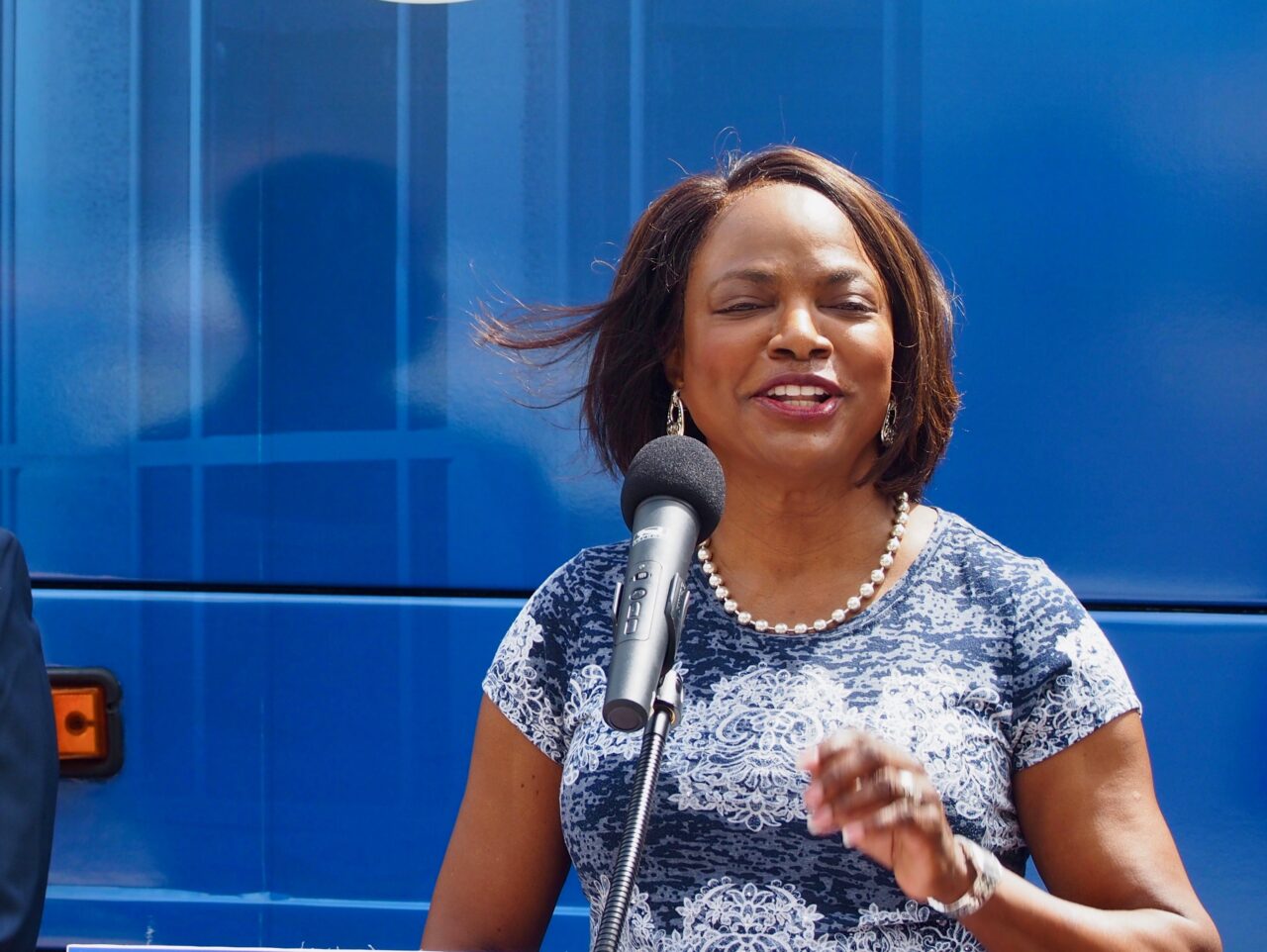 Democrats prepare to put Joe Biden's social and climate agenda into the budget.

In less than two weeks, Democrats in Congress are expected to push their $3.5 trillion, 10-year budget package putting much of President Joe Biden’s social and climate agenda into the federal budget for the next decade.

Democratic U.S. Rep. Val Demings of Orlando is one of Congress’ most outspoken advocates of the plan. She’s also the leading Democratic candidate challenging Marco Rubio for the U.S. Senate election in 2022.

She spoke with Florida Politics about why she supports the plan.

The package includes much of what Biden had proposed last spring in his $2 trillion climate resilience plan and in his $1.8 trillion American Families Plan, notably for what Democrats call “wrap-around” health care, child care, education, and senior care services  — which Republicans deride as socialist programs.

Among highlights are money for universal pre-K and free community college, Medicare expansion to include dental, vision, and hearing coverage, grants for electric vehicle fleets, and support for home electrification and weatherization.

The Congressional Budget Office has yet to provide its revenue or economic impact projections. Some independent estimates, notably by the nonpartisan, center-right Tax Foundation, put the tax increases in the range of $2 trillion, spread over 10 years. Republicans contend it would be the biggest tax increase in history, and would lead to the elimination of numerous private-sector jobs.

There also are tax cuts, or the extensions of temporary tax cuts, such as the child care tax credit and the earned income tax credit. Democrats contend they combine for one of the biggest tax cuts for working people in history and will help numerous people get back to work.

The budget deficit, and consequently the federal debt, likely would balloon, Republicans warn. First, the new tax revenues — $2 trillion — would be far less than the $3.5 trillion in projected new spending. And the revenue would be reduced even more over time because of the child and dependent care tax credits and other targeted cuts.

Democrats contend the new tax revenues, the economic growth they project from new infrastructure projects, education and wrap-around investments, and a tightening of IRS enforcement should close most if not all of the budget gap.

Under archaic and complex U.S. Senate rules, budget bills can avoid Senate filibusters through the budget reconciliation process. So Democrats, in control of both houses, could get the bill through without a single Republican vote. Democrats’ margins are slim, though; they’re already seeing critical votes teetering, such as from Winter Park Democratic U.S. Rep. Stephanie Murphy.

Also hinging on the package is another $1.2 trillion in spending contained in the separate infrastructure bill. The House still has not voted on that bill, which was approved by the Senate last month with a few Republican yes votes. House progressive Democrats reportedly are holding the bipartisan infrastructure bill hostage to get what they want in the bigger package, insisting the House first pass the $3.5 trillion bill.

Details are being hammered out now in congressional committees.

Here is a transcript of Florida Politics’ interview with Demings on the plan, edited for accuracy and brevity.

Florida Politics: There are some who see this plan as the Democrats’ best and biggest chance to redefine government policies for the next 10 years. Do you agree?

Demings: There is no doubt, if America is back — and that’s what the President says — that we have to demonstrate that. What we do know is that this would be one of the biggest … tax cuts for people who have to go to work every day in America, in history. Not only will it help families, it will help seniors. It will help American workers. It will also help to restore, rebuild and improve our roadways, our highways, our bridges, our crumbling system of infrastructure. It will expand broadband.

We know what we went through the last year and a half was really tough. We were trying to decide what to do with our children who were school age. It seemed very simple to say, ‘We’ll let’s just do distance learning,’ but what we found out was there were so many households in our nation that do not have access to the internet.

So it really is, if America is back, we have to demonstrate it.

Florida Politics: As this goes toward a final product, what are your top priorities?

Demings: One of the other areas highlighted with COVID, as we try to get back to work, there are over 2 million women, roughly, who have not been able to reenter the workforce. So lowering the cost of child care, lowering the cost of senior care, lowering our health care premiums. If health care is accessible, but not affordable then it is not health care. Lowering the cost of prescription drugs — I’ve talked to seniors who have said they get their medications…, but then they have to cut their medication pills in half to be able to ration them for the month. We know how devastating that can be. Adding dental and vision care to Medicare — these are things that our seniors deserve to have. … These wrap-around services, if you will, are what America being back is really all about.

Florida Politics: Some private estimates say this will raise tax revenues about $2 trillion, which could result in the loss of private sector jobs. How do you address the tax part of this plan?

Demings: What we do know is there are something like 55 of America’s largest corporations that pay zero in taxes. So our work here is to make sure that the richest corporations, the richest of Americans, the 1% of Americans, to make sure that they are paying their fair share, that they are not becoming more and more prosperous at the expense of people who have to go to work every day or at the expense of our seniors.

We’re still negotiating … We don’t know what that final number will look like. But what we do know is that these wrap-around services are really long overdue. I do believe that, whatever number we end up with, we will be making sure that everyone in this country pays their fair share.

Florida Politics: With about $3.5 trillion in spending and tax credits, we could be looking at significant federal deficits over the years and increasing federal debt. Do you see that happening?

Demings: We’re always watching the numbers and concerned about the numbers and always want to be fiscally responsible. But I really believe that, if we make these investments in our economy, then the economy and people who have to go to work every day will benefit. I do believe that if we see the richest of the richest pay their fair share, then we will not increase our deficit as you’ve indicated.

Florida Politics: Within the Democratic Party there is a tug-of-war between the progressives and the moderates. Will it take considerable change between now and Oct. 1 to get everyone on board?

There is a lot of debate, but we’re not afraid of that. Matter of fact, it’s what we should be doing as we consider the largest tax break in American history for the American people. I believe at the end of the day we will all be on the same sheet of music in getting this done.