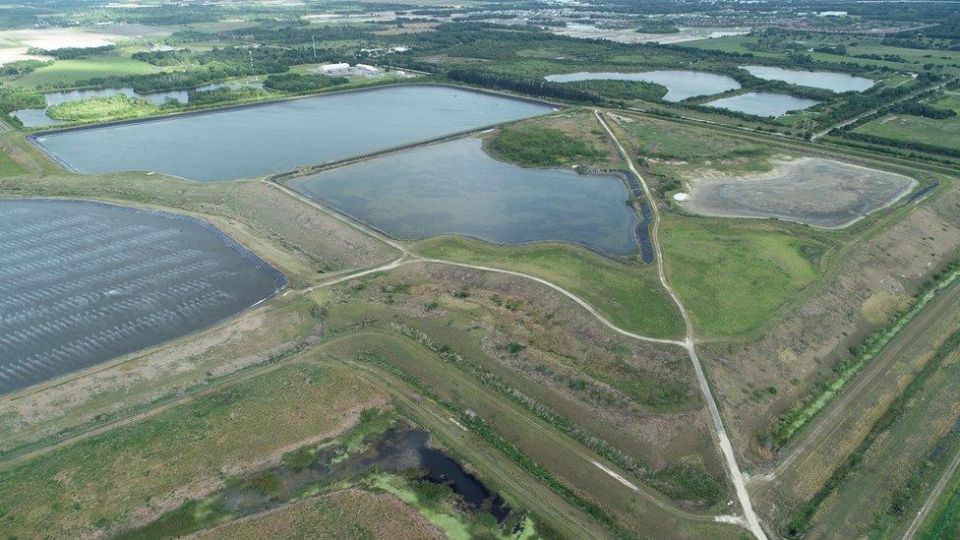 "It’s like changing the tires of the bus as you go down the hill."

A breach in a reservoir at Piney Point was repaired, Department of Environmental Protection officials confirmed. But there remains risk of further disaster as long as millions of gallons of polluted water remain above ground on the Manatee County site.

DEP Secretary Shawn Hamilton told lawmakers that even if a plan remains on track to remove all water and level the land, it will be years before that work concludes. That’s because state and local officials must still find and build a place to dispose of that water while continuing to monitor the site regularly.

“It’s like changing the tires of the bus as you go down the hill,” Hamilton told the House Environment, Agriculture and Flooding Subcommittee.

The breach in water stacks at the abandoned phosphate mining facility this spring created an environmental crisis and financial challenge for Florida. The Legislature budgeted $100 million for site cleanup last year, drawing from federal American Rescue Plan funding to do it. But that only starts a lengthy process.

Meanwhile, officials remain concerned about  whether the 215 million gallons discharged from Piney Point directly into Tampa Bay as a result of the disaster fed red tide hitting many of Florida’s coastal counties this year.

Hamilton said there’s not a scientific consensus on what degree of impact the discharge may have had, but he said there’s certainly agreement nutrients can worsen blooms. It’s why the state wants to close the site down.

Rep. James Buchanan, a Venice Republican chairing the subcommittee, pressed Hamilton on a timeline for closing the site. Hamilton made clear it could take years.

The most likely disposal mechanism for the 544 million gallons of remaining water at the site will be an underwater injection well in Manatee County. But one has yet to be permitted, and before that happens, the state must verify a chosen location for the well would safely contain the water. He said the state won’t sign off on a plan that would risk the polluted water at Piney Point being sent to contaminate the Floridan Aquifer and the state’s drinking supply.

But even after a well receives approval and goes online, the process of injecting water can only be done so quickly. Based on current technology, Hamilton figures between 1 million and 1.5 million gallons could be transferred each day into the well. That alone shows it could take well over a year just to move liquid underground. Meanwhile, rainwater continues to add to the supply in the three on-site reservoirs at Piney Point now.

As for the subject of cost, lawmakers promised to provide needed resources to pay for the project, though DEP officials now cannot estimate the cost at the point of completion. But the state continues to pursue legal action against landowner HRK to bear the full cost of cleanup.

In the meantime, the courts assigned a receiver tasked with monitoring the state of the wells on site instead of HRK after county and local officials said the property owner failed to maintain the facility.

Beyond the Piney Point site, Buchanan and other lawmakers asked about whether other water stacks in the state might also be at risk of a breach or an environmental disaster on scale with what occurred in Manatee County this year.

As things stand now, HRK remains the owner of the land, though Hamilton noted the property has been foreclosed upon. Regardless, moving forward the state wants to see liens or any other legal mechanism to make sure taxpayers don’t have to absorb the cost of cleaning up Piney Point.