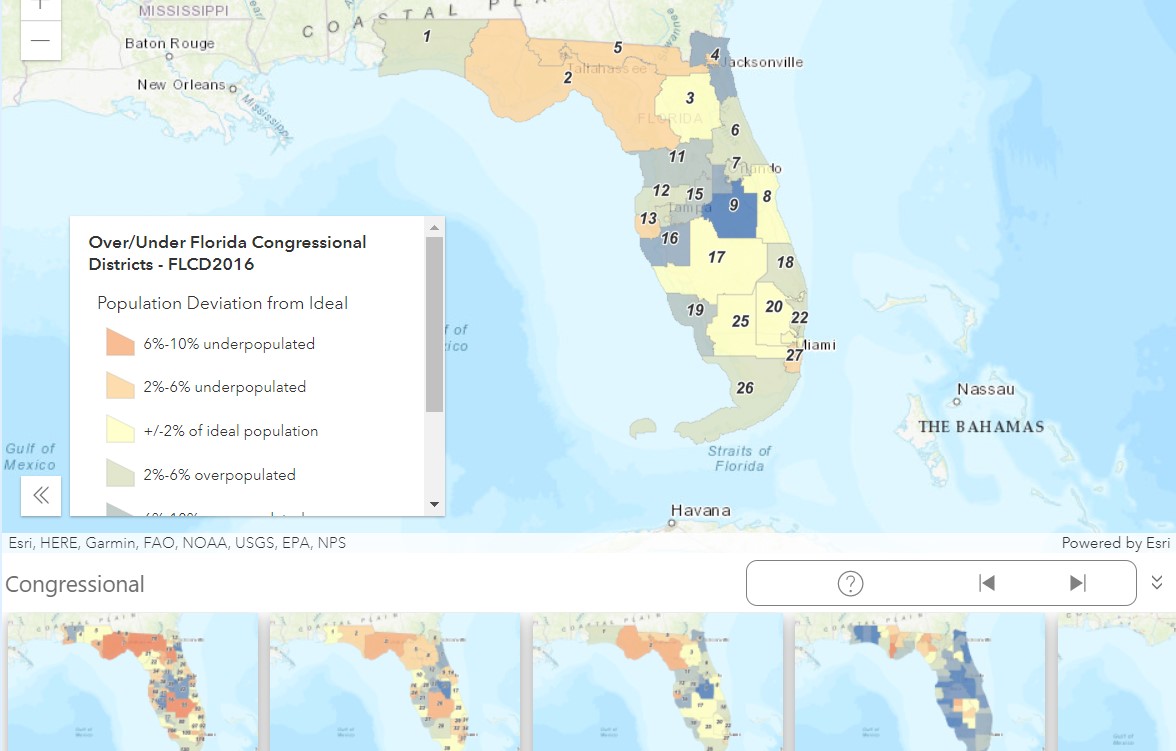 The public, and lawmakers, may now start drawing maps and submitting them for consideration.

The Florida House officially launched the once-a-decade process of redrawing state legislative and congressional boundaries. Now the public can play along at home.

Two hours after the Legislature launched a Florida Redistricting website, House leaders formally kicked off the contentious process of redrawing the state’s political jurisdictions. Much of the meeting focused on how to use tools to draw new maps, review pertinent legal requirements and submit proposals.

It appears increasingly likely the website will be the primary way the public engages with the redistricting process. Thanks to a shortened process for drawing maps as a result of Census delays caused by the COVID-19 pandemic, lawmakers say there simply won’t be time for the same voter engagement throughout the state as in decades prior.

“I would say it’s going to be difficult to do a roadshow like anything you have seen in the past,” said Rep. Tom Leek, the Ormond Beach Republican chairing the House redistricting effort.

But the new website does mean more data and tools will be available to the public. The website includes baseline maps of the current districts, including how much population must be gained or lost to reach ideal population counts.

How much consideration will be granted to every map drawn consumed much of the discussion at the House’s first redistricting meeting.

The fact any map submitted by lawmakers will count against their allotted bills filed each Session caught Rep. Joseph Geller, the committee’s ranking Democrat, by surprise. Even after Speaker Chris Sprowls last year increased the maximum number of bills that can be filed in the Chamber, many members already dropped their capacity of legislation in the hopper.

“I understand you don’t want hundreds of maps to have to deal with,” Geller said, “but can you reconsider?”

Geller suggested a separate category of redistricting bills be allowed to lawmakers, with a limit of one or two proposed maps. Leek said he would raise the subject but noted lawmakers still can file an unlimited number of amendments on other maps.

It also won’t count against members’ sponsor limits to draw staff attention to maps submitted through the website. There’s no telling how many maps will be put in that way.

A historical note, maps for the Florida Senate and for Florida’s Congressional districts were tossed by the Florida Supreme Court after the 2012 redistricting process in part because of the discovery individuals worked with lawmakers to have maps submitted anonymously.

Leek stressed a need for any map considered by the committee this go-round to comply with all aspects of the law.

The court challenges of the prior redistricting outcomes have loomed over all discussions this year. Leek, like Senate Reapportionment Chair Ray Rodrigues, has cast that as a positive in one sense. While lawmakers a decade ago drew maps for the first time after passage of the Fair Districts amendment to Florida’s Constitution and had never seen the prohibition of partisan redistricting tested in court, there now exist judicial guiderails that lawmakers can follow.

Even after the courts redrew maps mid-decade, Republicans enjoy sizable majorities in the House, Senate and Florida’s congressional delegation. In the House, there are 78 Republican members compared to 42 Democrats. Geller noted those members won election last year as Florida split 51%-48% in favor of Republican Donald Trump for President over Democrat Joe Biden.

“I don’t suggest there are not a lot of external factors than how maps are run,” Geller said. “Republicans are more successful at raising money … and there is a role for having good candidates who run good races and win.”

But Geller suggested the outcomes of legislative races consistently suggest an unfairness in how boundaries are drawn. That should be taken into account this year.

Leek said prior election results will be a factor in drawing maps. At the same time, he said all members of the committee need to be careful about bringing partisan preference into the process this year.

“You may trip over one of the lines you may not cross,” Leek said.