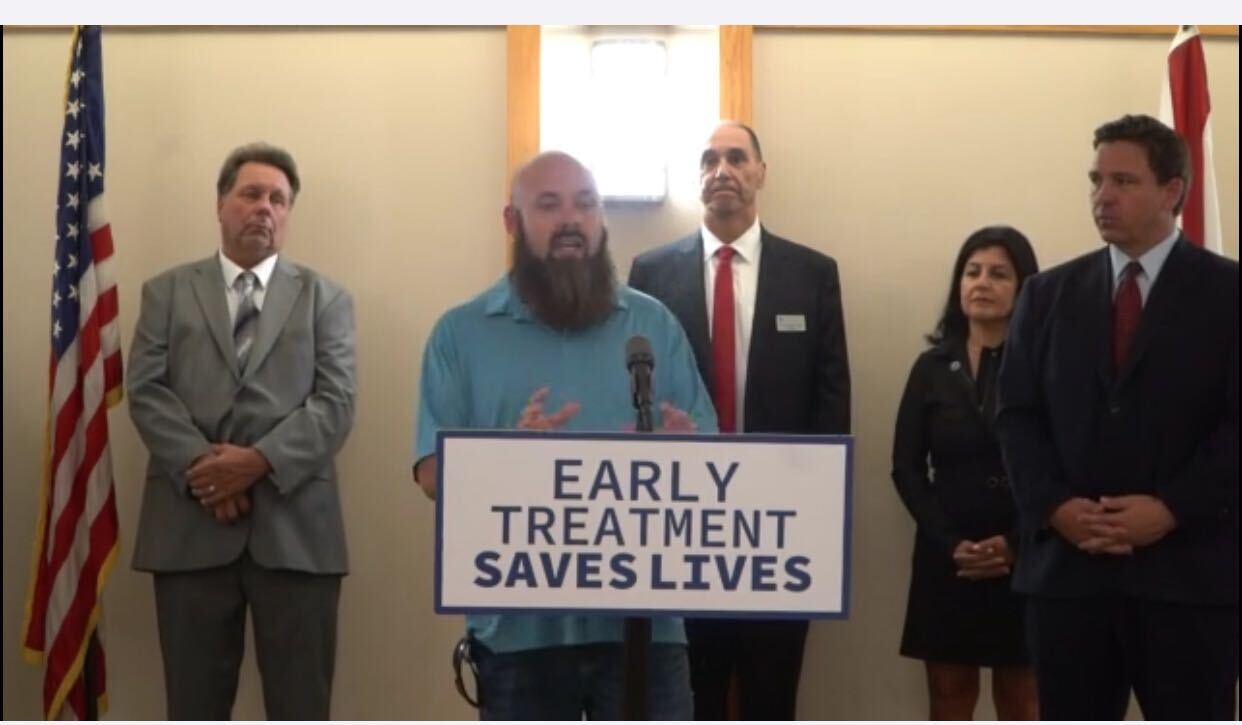 The Governor made no comment about the speaker's claims about the unapproved treatments.

A speaker at a Gov. Ron DeSantis press availability lamented restrictions on monoclonal antibody distribution, saying it was one of a few treatments for COVID-19 that the Joe Biden administration stifled, and yoking it to some more controversial drugs.

Charles Craig, a 40-year-old handyman from Apollo Beach, said that the White House had “grabbed” hydroxychloroquine and ivermectin and were doing the same with Regeneron-branded monoclonal antibody treatment.

The comments were made at a press conference in Tampa where DeSantis was condemning Biden for shorting the state on Regeneron, cutting supplies from previous levels and frustrating the state’s preferred treatment strategy.

The Governor made no comment about the speaker’s claims about hydroxychloroquine or Ivermectin, two discredited COVID-19 treatments embraced disproportionately by the anti-vaxxer set, but he did distance Regeneron from them in his comments saying it was the only approved treatment of the three.

Ivermectin use has been linked with an uptick in poison control calls in recent weeks, with people using it off-label to treat COVID-19.

Hydroxychloroquine, an anti-malaria drug, was used early in the pandemic, but was discredited as a treatment modality months back. DeSantis had obtained a million doses of it from the Trump administration in 2020.

This is the second press conference this month where a speaker made questionable claims at a DeSantis event intended to spotlight lifesaving monoclonal therapy.

An Alachua County event saw a public employee claim falsely that COVID-19 vaccines change the genetic codes of those who have taken them. DeSantis claimed not to remember hearing those comments when asked.

Darris Friend, an employee at Gainesville Regional Utilities, said he was refusing the shot: “The vaccine changes your RNA, so for me, that’s a problem.”

Friend’s theory contradicted science. As the Centers for Disease Control and Prevention makes clear, vaccines do not change an individual’s core genetic material because they do not interact with the nucleus of body cells.

nextLast Call for 9.23.21 — A prime-time read of what’s going down in Florida politics