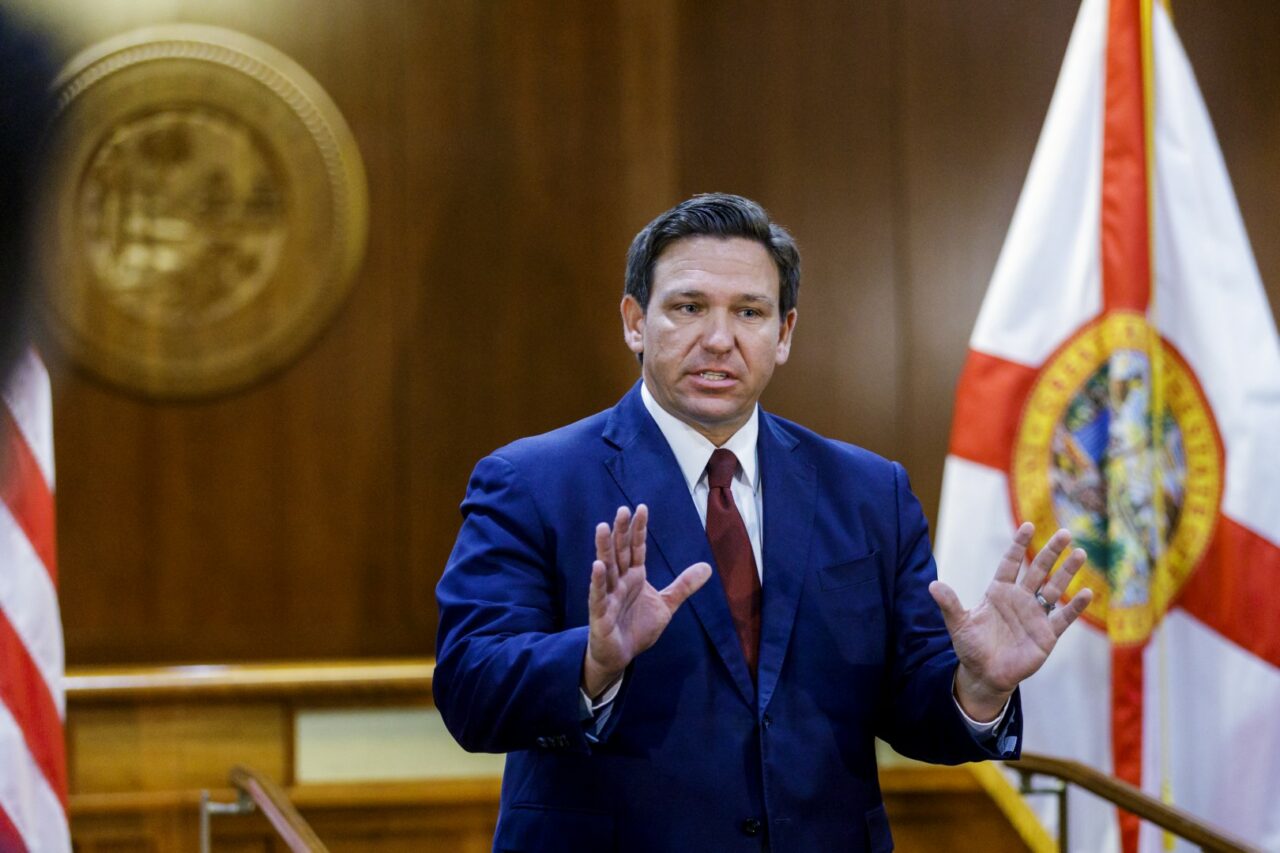 Florida is getting 3,000 of GSK's version of the drug, offsetting some of the recent reductions.

The DeSantis administration has purchased 3,000 doses of GlaxoSmithKline’s monoclonal antibody treatment after the Biden administration reduced the federal supply of Regeneron’s version of the coronavirus-fighting drug by more than half.

Speaking in Tampa on Thursday, Gov. Ron DeSantis told reporters the state would soon receive that shipment and could use it to offset the declining federal distributions. The news comes eight days after DeSantis met with leadership from GlaxoSmithKline, the pharmaceutical company that produces the latest monoclonal antibody therapy to receive federal approval, sotrovimab.

“We’re going to be able to use that sotrovimab to bridge some of the gaps that are going to be developing as a result of the Biden administration dramatically cutting medications to the state of Florida,” DeSantis said.

“The fact that the Biden administration is doing this, I just think is wrong,” he added. “The implications are going to be, I think, negative. It may mean less access. We may have to close sites. The hospitals may not have all that they need. There’s a whole host of things.”

The Department of Health and Human Services recently reduced Florida’s allotment of Regeneron’s REGN-COV2 doses to 27,850 and Eli Lilly’s bamlanivimab/etesevimab doses to 3,100. That combined quantity, 30,950, was about half what Florida had previously been receiving.

For next week, the total distribution is falling again to 25,692, with Florida next receiving 17,976 REGN-COV2 doses and 7,716 bamlanivimab/etesevimab doses.

“Cutting the medication to Florida and other states is wrong. It’s not consistent with the promise that was made just a couple of weeks ago, and we are going to continue to fight against that,” DeSantis said, adding that his administration won’t just sit “on (their) rump.”

Trials show sotrovimab reduces the risk of hospitalization or death in high-risk adults by 85%, compared to the 70% for REGN-COV2. But unlike Regeneron’s version, GSK’s can’t yet be given as a shot, making administering it slower. The same goes for Eli Lilly’s bamlanivimab/etesevimab.

Because the federal government purchased the Regeneron and Eli Lilly treatments, those have been free for states and individual health care facilities to draw down. Purchasing GSK’s cocktail currently is coming out of Florida’s pocketbook.

Florida has been using a large share of the nation’s monoclonal antibody treatment consumption. But the Governor says it’s his promotion of REGN-COV2 and word-of-mouth that has driven Florida’s high usage, not the recent record COVID-19 surge.

“They say, ‘Oh, well, Florida is using a lot of it,'” DeSantis said. “Yeah, because we’re pushing it out there for people. We’re not making anyone do it. We’re telling them this is here. They know it’s here. When they’re testing positive, they’re opting to do it. They’re talking to friends, they’re talking to family, and they see the results and so they’re doing it.”

The Governor has spent nearly two months crisscrossing the state touting monoclonal antibody treatment, particularly REGN-COV2. As he has in recent stops, he highlighted success stories of people who received Regeneron’s cocktail before or after testing positive.

“Which one of these folks should have been denied this had they cut this two weeks ago?” DeSantis asked. “Who should be denied going forward?”