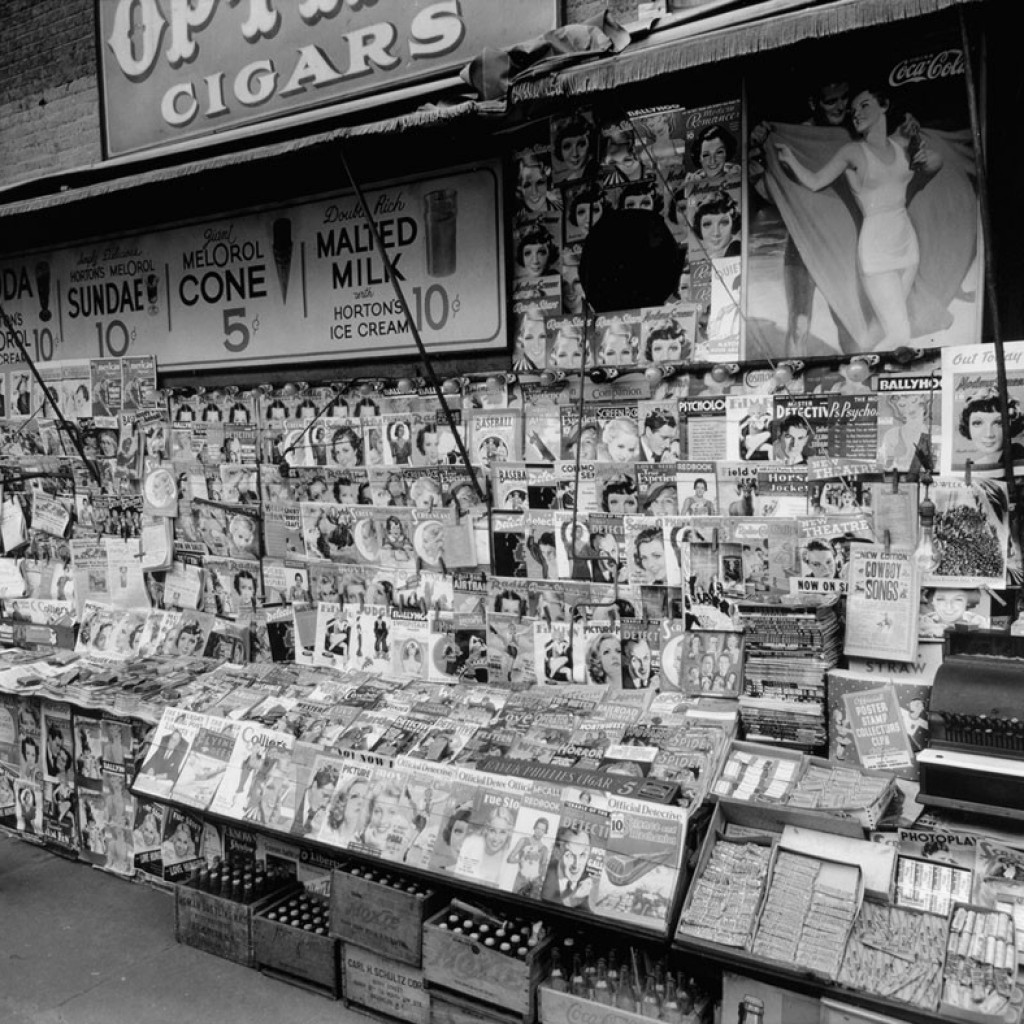 It was a simpler time, for sure — until it wasn’t.

When I was a kid, “news” was delivered in a handful of ways.

First by the Dothan Eagle daily newspaper, then every night by Tom Brokaw, Walter Cronkite, or Dan Rather with the television evening news.

In the Eagle, I focused on Garfield, Family Circus (never funny; not then — not now), and Calvin and Hobbes.

As far as TV news, I enjoyed Brokaw (great clip here from 1986) and Cronkite.

On the other hand, Rather’s voice was a quick reminder that I would RATHER be playing Pitfall on Atari.

Also, on Friday nights, as the weekend began, the haunting music of the financial news television show Wall Street Week (mom loved that show) would scream through our home, and it is still burned into my brain as well as the voice of the host, Lou Rukeyser.

Getting Lou out of the way was very strategic in my Friday evening plans as the Dukes of Hazzard came on Friday nights — and it was not to be missed regardless of what was happening on Wall Street.

The intro does have quite a groove to it; I’m surprised Metallica or Phish have not covered it. Turn it up.

Then came Sundays and the ticking clock of 60 Minutes, chiming like the silver bell of ruin, announcing the end of the weekend was near and school soon awaited.

Mom would always encourage me to watch specific segments on 60 Minutes, telling me how interesting they were. Usually, they were not (see Atari, specifically River Raid).

Jeanne and I used to try the same thing with the kids in years past, no such luck. The ticking clock is like youth repellent. 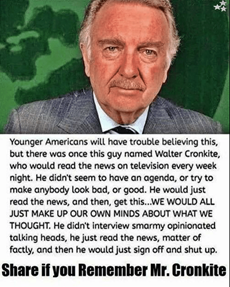 It is almost hard to remember a world of 12 channels, no internet, no DVR/Netflix.

It was a simpler time, for sure — until it wasn’t.

I vaguely recall the revolutionary all-news channel CNN launching in 1980, and I remember the shake-up of Fox News coming on the scene in 1996. (I don’t think my grandfather turned off that channel from 1996 until he died in 2012).

Of course, then came the internet. That changed everything.

Disruption does not even sum it up. Blogs, podcasts, newsletters, tweets; everyone now thinks they are a news person.

Everyone reading this knows the history, but it is an interesting review to reflect on.

Taking it to the next level, I asked our staff in a team-building exercise (“Muy Beuno Activities,” as I used to call them) where they get their news.

Results were varied, to say the least.

One person turned off all news, unless weather-related, for stress reasons as the bombardment of negativity was just too much.

Another said Twitter only (lord help them), and one more said Good Morning America (and our lunch table at Aegis).

There was talk of aliens, moon-landings, global conspiracies, local conspiracies, FBI investigations (welcome to Tallahassee), 80s toys, video games, you name it: that’s the norm at ABT HQ from 11-1.

Weeding through Reddit is like trying to hike the Amazon in parachute pants. But in America, to each their own.

Personally, on the web every morning to start my day, I enjoy ZDNet, the Tallahassee Democrat, Sunburn, Gator Sports. We usually end the day with Paul Finebaum on the SEC Network and the crew at WCTV or WTXL in Tallahassee.

On Sundays — if they are covering something interesting and not going down a rabbit hole — we now enjoy (as older citizens) the ticking clock of 60 Minutes. Maybe, it’s because I enjoy my work more than I enjoyed school, so Mondays aren’t as scary. Maybe.

Here in Florida, media is everywhere; one list shows over 327 newspapers available statewide.

There are also over 70 TV stations offering news programs plus hundreds of radio stations, not to mention the news websites where so many of us get our news (like the No. 1 on this list).

We live in a world where the news is overwhelming at times, a world of clickbait, fake news, etc.

While there are bad apples in every industry (see politics in Tallahassee), I don’t think we have many bad apples in media, just too many spin doctors on every side.

All that said, the coolest thing about the news now vs. 1986 Dothan are the options. You can find multiple opinions on the same story in minutes; you literally have the world at your fingertips. We take it for granted living in a free society (see Iran locking down media), and if you don’t like it, you can turn it off or unsubscribe, and that reminder is the best news you will hear all day.

Blake Dowling is CEO of Aegis Business Technologies, host of the Biz & Tech podcast, and the author of the book “Professionally Distanced.” You can reach him at [email protected].

previousCOVID-19 cases rising in Miami-Dade County, but mostly due to increased testing

nextTakeaways from Tallahassee — On second thought ...