Sprowls will give Latvala access to a deep pool of statewide cash.

Florida House Speaker Chris Sprowls is throwing his weight behind Rep. Chris Latvala as his colleague prepares for an eventual run for Pinellas County Commission.

Sprowls is hosting a fundraiser for Latvala at 5:30 p.m. Nov. 2 at the Governor’s Club in Tallahassee. A flyer announcing the event asks for donations of $1,000 or less for Latvala’s official Pinellas County Commission campaign, the maximum allowable for that account. It also solicits contributions of more than $1,000 for Latvala’s political committee, Suncoast Better Government Committee.

Sprowls’ name on a fundraiser adds statewide appeal to Latvala’s local race, which he seeks while facing term limits in the Florida House in 2022. As the top House Republican, Sprowls gives Latvala access to deep pools of Tallahassee money ranging from special interests to other lawmakers’ committees who may have the cash to spare in safe districts.

Latvala is currently running for the District 5 seat. Republican Karen Seel currently holds the seat and is not expected to run for reelection when the district is next on the ballot in 2024.

However, Latvala is mulling a run for District 4 in 2022, which would set up a competitive Primary between him and incumbent Republican Dave Eggers.

So far, Latvala is the only candidate filed for District 5.

Latvala told Florida Politics he decided to consider challenging Eggers after learning the Commission was planning to hold its first meeting on redistricting ahead of the 2022 elections without livestreaming or televising the meeting, prompting concerns incumbents would try to draw lines favoring their own reelections.

If he runs, he said it’s because Latvala thinks he’d be the best person to represent the people of District 5.

“Eggers is a nice man, and I consider him a friend,” Latvala told Florida Politics earlier this month. “The complaint with him is he doesn’t have the strongest backbone, and he capitulates to the other board members quite a bit.”

“If I were to run, it would be because I believe I would be a stronger Republican voice in north county.” 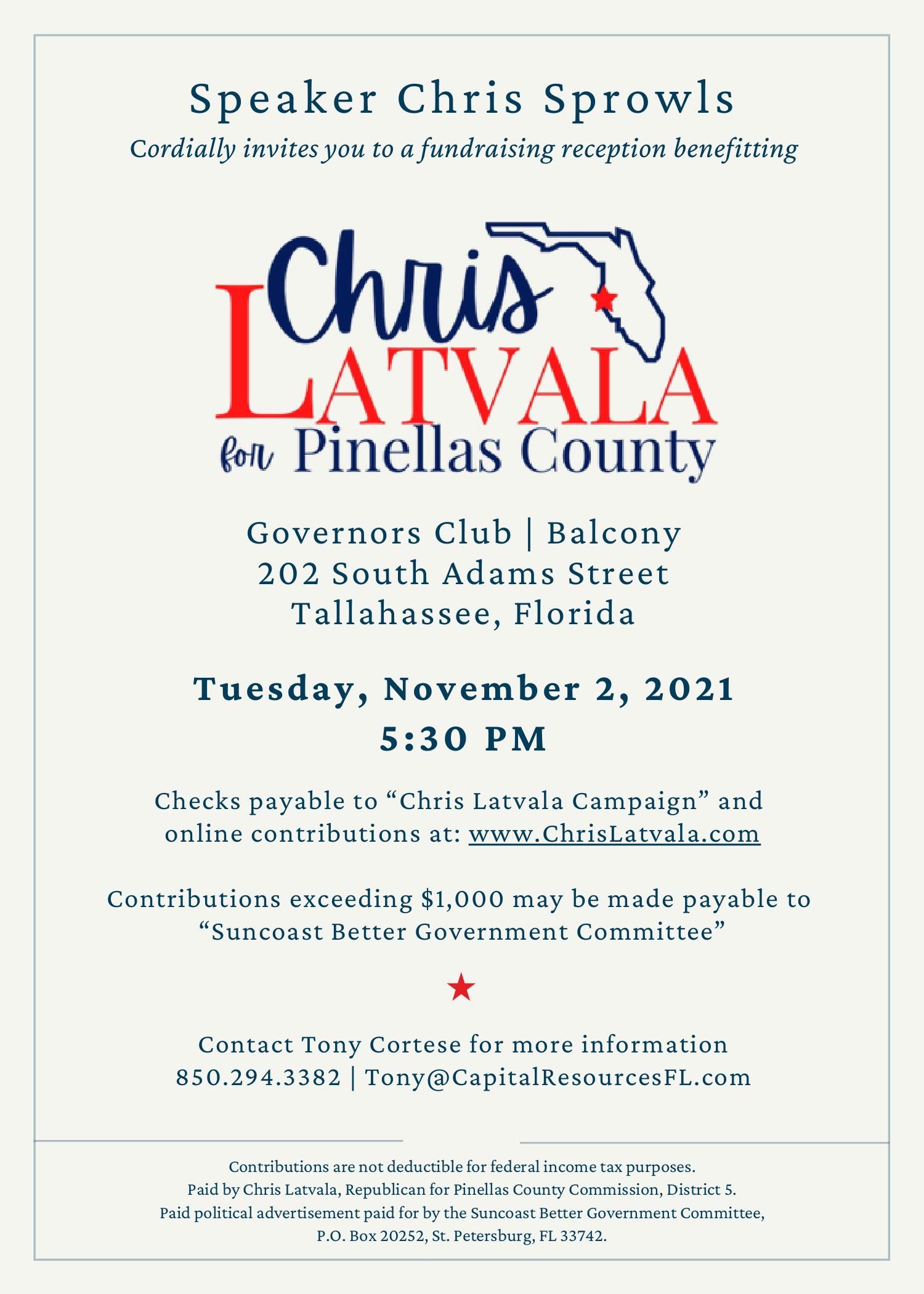