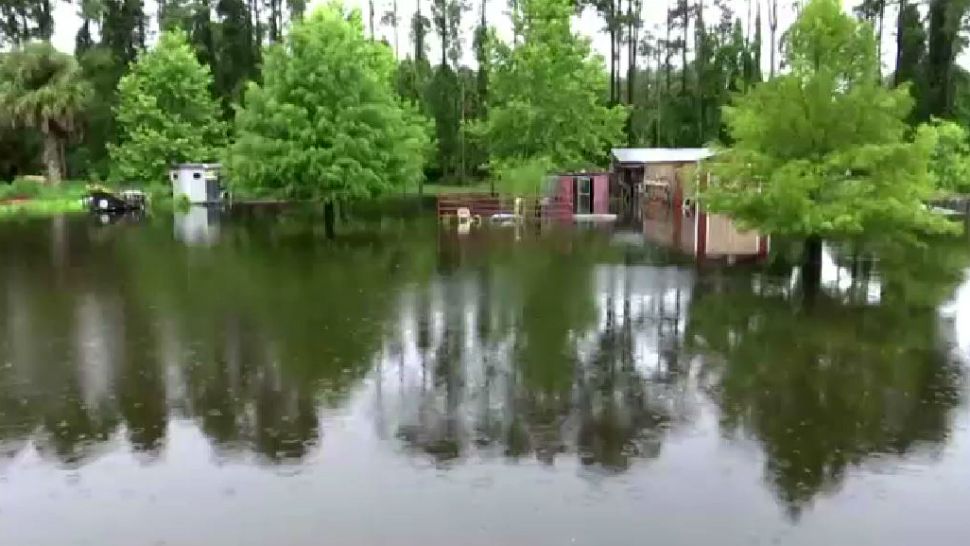 'There simply is nothing we can do. FEMA’s not coming to the rescue.'

Even with the unanimous vote Tuesday, however, Commissioners said there is little that can be done for property owners until the water recedes.

The local state of emergency, which requires state approval, allows residents to apply for low-interest Small Business Administration loans to repair water damage in their homes, wells and septic tanks.

And much of it came in daily hourslong downpours, saturating the ground and flooding locales throughout the county, some known for flooding and some not.

Residents sent emails to commissioners over the last two weeks pleading for help.

Commissioners said they understood the dilemma.

“Unless you have a high-profile vehicle, you ain’t getting out,” Commissioner Holly Davis said, referring to one Dunnellon neighborhood.

The county will remove residents who need to leave but can’t. Residents should call the citizens information line, (352) 249-2777.

Commissioner Ron Kitchen Jr. said it reminded him of the 1993 “no-name” storm that caused flooding and wind damage countywide.

The flooding, while extreme, is the result of record rainfall, not anything the county has done, he said.

“It might be 500 years before it happens again,” Kitchen said.

Unlike a hurricane event, county officials said the Federal Emergency Management Agency will not assist because there wasn’t enough countywide damage to qualify for funding.

The only assistance available, even with the emergency declaration, are low-interest SBA loans for homeowners who do not have flood insurance.

“There simply is nothing we can do,” he said. “FEMA’s not coming to the rescue.”

“If we had the answer,” he said, “I promise you we’d snap our fingers and get it done.”

previousSign of progress, Joe Biden digs in to strike deal on $3.5T plan