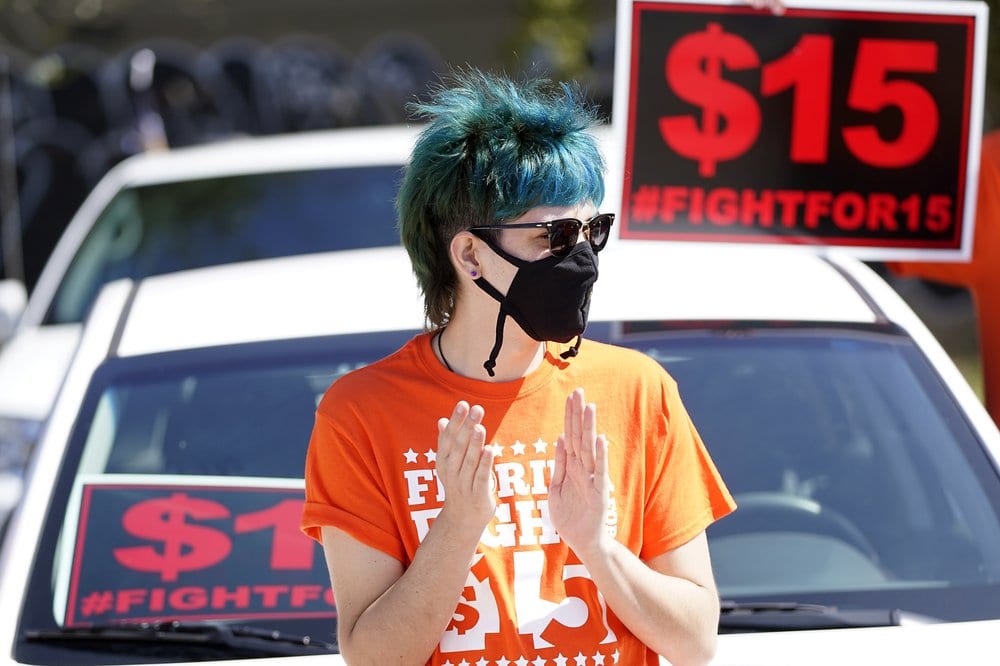 The new minimum wage for non-tipped workers will be $10 an hour.

Minimum wage workers are getting a 15% raise Thursday when Amendment 2 begins taking effect.

Florida will now be among 24 states raising the minimum wage this year, with California leading the pack at a minimum wage of $14, according to U.S. News & World Report. Tipped employees’ wages will grow by $1.35 an hour to $6.98 Thursday.

The minimum wage ballot initiative was pushed, and bankrolled, by lawyer John Morgan through a political committee. But it was opposed by groups representing the state’s small businesses and restaurant and lodging industries.

Ben Pollara, who served as campaign manager for the political committee, Florida For A Fair Wage, said the effects of the minimum wage are already here. There aren’t a lot of people still working for minimum wage, given the labor market right now, he said.

“Some people will get a raise immediately, which is great for those people,” he said. “For most businesses, the rising of the minimum wage will be kind of a snooze. None of the gloom and doom predicted by the restaurant industry will happen.”

NFIB, an association of small businesses, and the Florida Restaurant & Lodging Association had both lobbied against the change. A section of FLRA’s website shows articles predicting the minimum wage changes would increase automation, raise consumer prices and make going out to eat a whole lot more expensive.

NFIB predicts more unemployment as a result on its site.

“NFIB believes that market forces, not government regulation, should dictate the wages that employers must pay,” the group’s website reads. “Studies have shown that when the government artificially increases the minimum wage, employers are forced to do more with less which causes employers to lay off workers. While a higher minimum wage helps a few, others are pushed completely out of their jobs. NFIB/Florida opposes efforts to artificially raise the minimum wage.”

The Florida Policy Institute estimates, however, the minimum wage hike will benefit more than one in four Florida residents by the time it’s fully implemented in 2026.

“As many as 646,000 Floridians … should see their wages increase during the initial phase-in to $10 per hour,” said Sadaf Knight, CEO of the Florida Policy Institute, a nonpartisan, nonprofit whose mission is to improve economic mobility. “This will help lift households out of poverty and reduce pay inequities long experienced by women, people of color, and immigrants.

“We also estimate that Florida will see about $577 million in new sales tax revenue by 2026 — upward of $36 million in this first phase-in alone — that can be invested in affordable health care, job training programs, and other crucial areas of the budget,” he added.

“As a company already paying a $15 minimum wage, we know it’s important our employees are able to focus on work without being constantly stressed about making ends meet,” he told Business for a Fair Minimum Wage, a network of businesses advocating for higher pay. “Raising Florida’s minimum wage will help level the playing field so businesses can’t compete unfairly by paying wages that employees can’t live on. It will also enable Floridians to buy more from local businesses.”

For some, the pending boost is coming as a welcomed surprise.

Working at Miami Grill just outside the Fort Lauderdale city limits Wednesday, Jahnya Aslays, said she didn’t know her minimum wage job would be giving her a raise tomorrow.

“That’s very good,” said Aslays, who is also a student at My Life My Power International Academy.