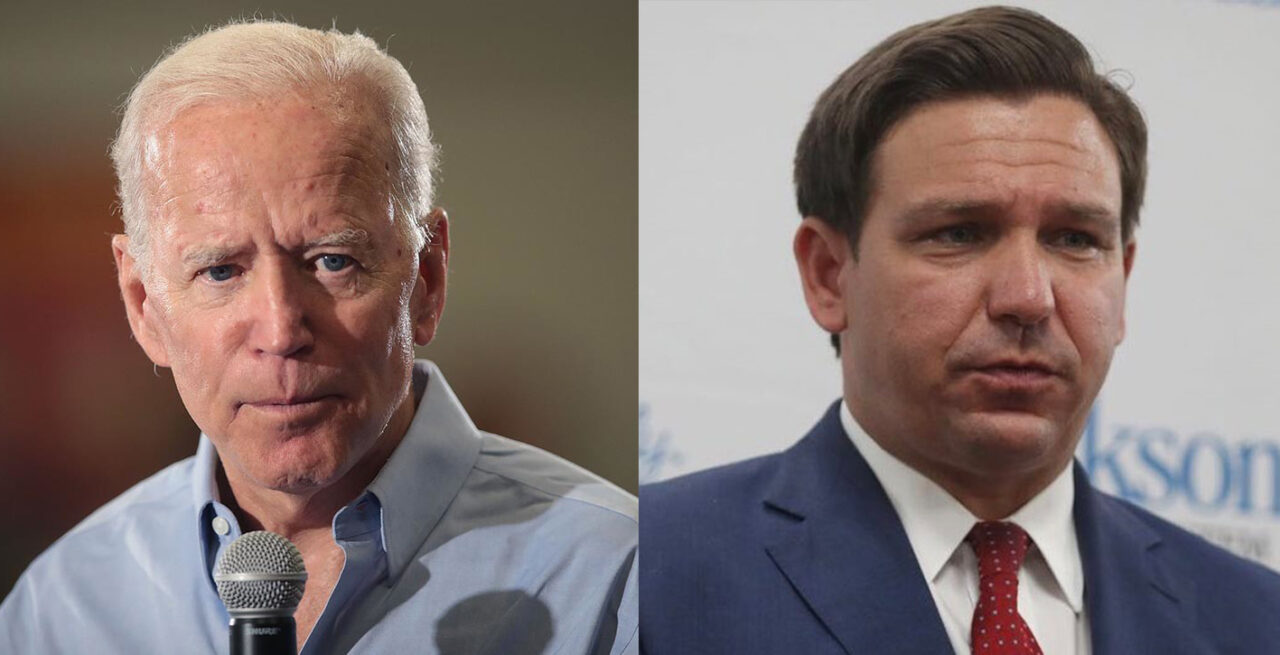 'It's just punitive against Florida because he's so obsessed with attacking Florida.'

President Joe Biden is playing politics with the preeminent COVID-19 treatment, says Gov. Ron DeSantis, punishing Florida by rationing the drug after he started promoting it.

Medical providers began treating more patients with monoclonal antibody cocktails in August when the delta variant led to a record-breaking spike in infection and mortality in parts of the country. But in recent weeks, the national stockpile of Regeneron’s drug has run short.

However, while hosting DeSantis on his Fox News talk show, Sean Hannity said there is no shortage of monoclonal antibodies.

“If that’s true, then you’re right, Sean. It’s just punitive against Florida because he’s so obsessed with attacking Florida,” DeSantis said, referring to Biden. “He does that rather than does his job.”

Regeneron’s monoclonal antibody therapy, REGN-COV2, has been shown to reduce the risk of hospitalization or death in high-risk adults by 70%. After Florida introduced state-supported therapy sites amid the state’s record-breaking wave of COVID-19 cases, hospitalizations and deaths this summer, hospitalizations started declining.

The Department of Health and Human Services recently halved Florida’s monoclonal antibody therapy shipments before cutting the distribution again last week. But Biden’s been “playing politics,” according to DeSantis.

“When it was apparent that it worked, that is when the Biden administration decided to take from Florida and to cut our allotment,” the Governor said.

The federal government’s handling of the COVID-19 drug has been one of several recent flashpoints between Biden and DeSantis.

The Republican Governor is frequently floated as a potential GOP front-runner for the next presidential election. However, DeSantis has consistently downplayed 2024 speculation.

The DeSantis administration purchased 3,000 doses of GlaxoSmithKline’s version of the drug, sotrovimab, last week amid the federal rationing.

“We want to get you the treatment you need, and Biden doesn’t want to give it to you,” DeSantis said. “But I’m going to come hell or high water to do whatever I can to get it for you.”

Through Wednesday, the U.S. Centers for Disease Control and Prevention says 54,071 Floridians have died with COVID-19.

Trials show sotrovimab reduces the risk of hospitalization or death in high-risk adults by 85%, compared to the 70% for REGN-COV2. But unlike Regeneron’s version, GSK’s can’t yet be given as a shot, slowing the administration. The same goes for Eli Lilly’s bamlanivimab/etesevimab.

Because the federal government purchased the Regeneron and Eli Lilly treatments, those have been free for states and individual health care facilities to draw down. Buying GSK’s cocktail currently is coming out of Florida’s pocketbook.

The Governor predicted that HHS is rationing monoclonal therapy in anticipation of a winter wave elsewhere in the country.

The federal government under President Donald Trump purchased 1.5 million doses of Regeneron’s treatment, then their entire stockpile. The Biden administration upped the total purchase to nearly 3 million this month and bought more of Eli Lilly’s bamlanivimab/etesevimab.

Some of the Governor’s frequent critics, like Democratic Agriculture Commissioner Nikki Fried, ask Biden to up Florida’s treatment shipments.