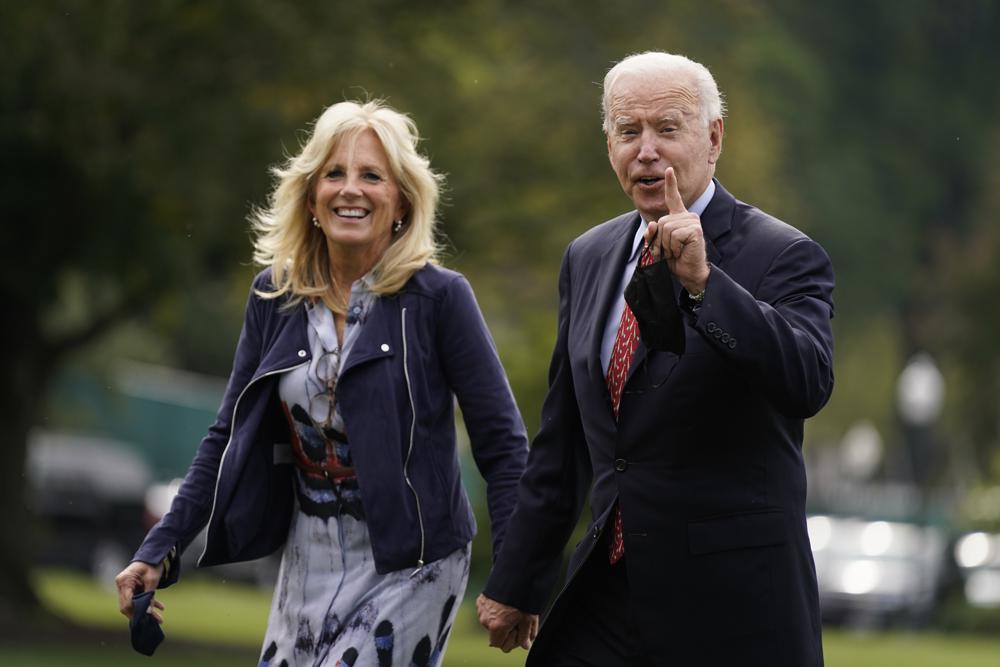 The President is anxious to shift conversations away from price tags to what's in the bill.

President Joe Biden is shifting strategy to sell his ambitious social spending plans by traveling outside Washington and courting Democrats who have complained they felt left out of the process.

With his agenda in jeopardy on Capitol Hill, Biden on Tuesday will visit the Michigan district of a moderate Democratic lawmaker who has urged him to promote his proposals more aggressively to the public. Back in Washington, negotiations continue on a pair of bills to boost spending on safety net, health and environmental programs and infrastructure projects.

While there is cautious optimism about recent progress, no deal had been struck to bridge stark divides between moderates and progressives in the Democratic Party on the size and scope of the package. In recent weeks, as House Speaker Nancy Pelosi worked unsuccessfully to secure passage of the bills, Biden stayed in Washington to cajole lawmakers and work phones.

Now, he’s trying to put the public focus on popular components of the bills rather than the inside-the-Beltway debate over their price tag.

The President will appear with Democratic Rep. Elise Slotkin when he visits a union training center in Howell, Michigan, a reflection of the importance of securing moderates’ votes. Next to Biden, the Democrats with the most on the line over the shape and success of his spending plans are House members from swing districts whose reelections are essential if his party is to retain control of Congress.

Democratic legislators have warned that Biden’s bold ideas are getting lost in the party’s infighting and procedural skirmishes over the legislation.

“We must communicate to the country the transformative nature of the initiatives in the legislation,” Pelosi said in a letter to lawmakers ahead of Biden’s trip.

The visit to Slotkin’s district, narrowly carried by Republican Donald Trump in 2020, is part of the sales effort.

Slotkin supports a bipartisan $1 trillion infrastructure bill that has passed the Senate but prefers passing it in the House before negotiating the broader $3.5 trillion package of social programs. She has indicated that she may vote to approve the broader bill sooner if it is fiscally responsible and can make a difference for families, her aides said, but she is not a guaranteed yes — which she planned to tell Biden on Tuesday.

“To be honest, it was hard for me to understand why leadership decided in the first place to tie the two bills together,” Slotkin recently told The Detroit News. “That’s not how we normally operate. It’s not my preference.”

White House press secretary Jen Psaki said Monday that after Biden spent considerable time in recent days deep in the messy negotiations over the bills, “now it’s also important to remind people, as the sausage-making has been kind of the dominant storyline for the last few weeks, what this is all about. Why he’s fighting so hard for it.”

Biden last week postponed a trip to Chicago, where he had planned to promote coronavirus vaccine mandates and work in a pitch for his agenda, in order to stay in Washington and lobby lawmakers. He’s rescheduled that trip for Thursday, and more travel is expected in coming days.

The uptick in travel is meant to build public support for a wide range of initiatives packaged under the imprecise slogan of “Build Back Better.” A series of crises, from Afghanistan to COVID-19, along with the convoluted legislative process have hampered the White House’s ability to promote the massive package or even say definitively what will be in the final version.

Polling suggests that elements in the bill such as expanded child care opportunities and infrastructure projects are popular with large parts of the public. But even some of the White House’s closest allies have worried that the West Wing has not done enough to sell it.

Biden, aides said, has been eager to shift the conversation away from the price tag to the benefits of the legislation. In Michigan, he planned to extol its benefits for the middle class and union workers.

That leaves Biden and his Democratic allies in Congress at a crossroads, trying to move past the tangle of legislating and remind voters what they are trying to accomplish. The president held a virtual meeting with 12 progressive House members on Monday and plans a similar session with moderates later in the week.

With considerable attention focused on winning over two key Democratic senators, Joe Manchin of West Virginia and Kyrsten Sinema of Arizona, rank-and-file lawmakers could benefit from the high-profile backup that comes from Biden making the case for his vision to the public.

House members are fanning out to their home districts this week as public views of Biden’s agenda are being shaped. Senators remain in Washington but are working on another tangle, the legislation needed to raise the nation’s debt limit by midmonth to avert a devastating credit default.

Pelosi, Senate Majority Leader Chuck Schumer and White House officials huddled late Monday in a room off the Senate floor to discuss the next steps for passing Biden’s agenda.

Those behind-the-scenes talks are intense as Biden lowers the size and scope of the $3.5 trillion social spending package to win over Manchin, Sinema and a small band of conservative Democrats in the House without alienating progressives, who are fighting to keep their priorities in the bill.

Republished with permission of The Associated Press .