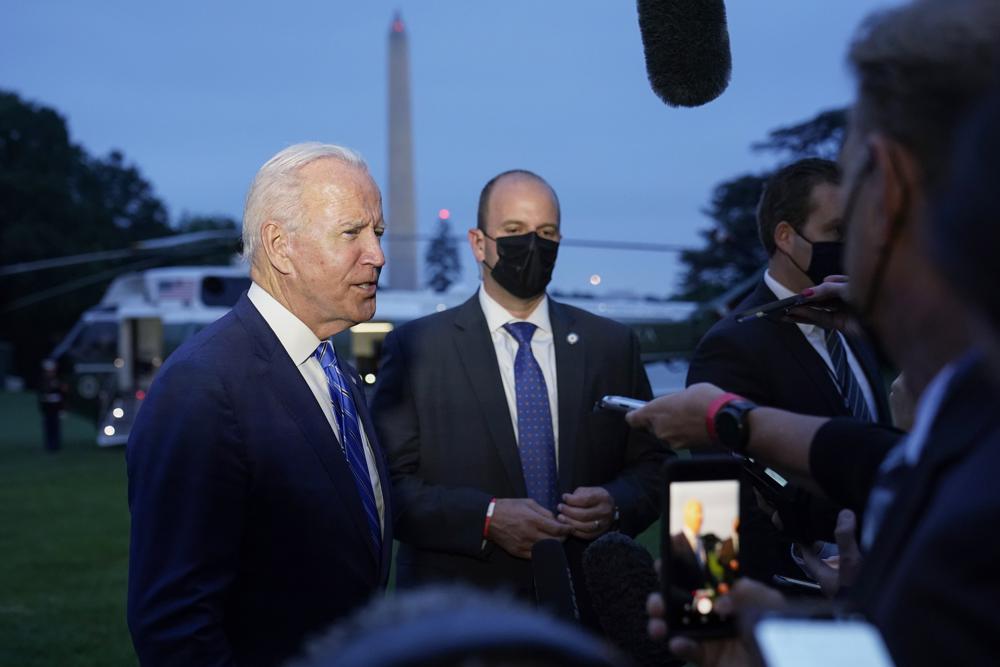 The President now says he can accept a package between $1.9 trillion and $2.3 trillion

President Joe Biden and congressional Democrats’ push for a 10-year, $3.5 trillion package of social and environmental initiatives has reached a turning point, with the President repeatedly conceding that the measure will be considerably smaller and pivotal lawmakers flashing potential signs of flexibility.

In virtual meetings Monday and Tuesday with small groups of House Democrats, Biden said he reluctantly expected the legislation’s final version to weigh in between $1.9 trillion and $2.3 trillion, a Democrat familiar with the sessions said Tuesday. He told them he didn’t think he could do better than that, the person said, reflecting demands from some of the party’s more conservative lawmakers.

Biden used those same figures during a Friday meeting in the Capitol with nearly all House Democrats, according to that person and a second Democrat familiar with the gathering. Both Democrats would describe the meetings only on condition of anonymity.

There has been no agreement on a final figure, and plenty of other unanswered questions — plus the possibility of failure — remain. Crucial unresolved matters include how to get virtually every Democrat in Congress to vote for a measure they’ve spent months fighting over and that Republicans will solidly oppose, and whether the shrunken price tag would be reached by dropping some proposals or by keeping most but at lower cost or shorter duration.

But by repeatedly conceding that the crown jewel of his own domestic agenda will have to shrink and providing a range for its cost, Biden is trying to push his party beyond months of stalemate and refocus bargainers on nailing down needed policy and fiscal decisions.

“I want to make sure that we have a package that everyone can agree on,” Biden told reporters Tuesday in Howell, Michigan, where he went to try building public support for his plan. “It’s not going to be $3.5 trillion. It’s going to be less than that.”

Asked how he would trim $1 trillion from his initial plan, Biden said, “My objective is to get everything that I campaigned on passed.” He added, “It won’t all happen at once.” That seemed to suggest that some initiatives in the bill might not begin right away or might last only temporarily to save money.

Asked if there would be “means testing,” or limits on the incomes of people who would qualify for initiatives, the president said, “Sure.” Some moderates have wanted to impose such limits on some programs.

The social and environment bill is the heart of Biden’s push to beef up federal efforts to help families and slow global warming.

It would require paid family and medical leave; extend tax breaks for families with children, low earners and people buying health insurance; expand Medicare coverage; prod energy companies to move toward cleaner fuels and provide free pre-kindergarten and community college. In a nod to his party’s progressive instincts, it would be largely paid for by increasing taxes on the wealthy and corporate America.

Sens. Joe Manchin, a West Virginia Democrat, and Kyrsten Sinema, an Arizona Democrat, have insisted on curbing the bill’s cost and have been their party’s highest-profile holdouts. Manchin has insisted on holding the package to $1.5 trillion and has said he wants to means test some programs. Democratic leaders will need every vote in the 50-50 Senate and all but three in the House for victory.

In one indication of possible give-and-take, Manchin on Tuesday said, “I’m not ruling anything out,” when asked if he would definitely oppose a price tag in Biden’s range. Progressives consider Manchin’s demand for a ceiling of $1.5 trillion unacceptable, though an aide said the Senator still wants the lower number.

As Democrats make painful decisions about scaling down the measure, they are battling over whether to finance as many initiatives as possible but for less than 10 years, or to pick out top priorities and fund them robustly.

Big proposed increases in housing may be cut. Expensive proposed Medicare dental benefits might have to be scaled back. And a proposed extension of a more generous children’s tax credit might be temporary, effectively daring a future Congress to refuse to extend them.

That Medicare expansion, which also includes new coverage for hearing and vision, is competing for money against other proposals to expand Medicaid coverage and to extend bigger tax credits for people buying health insurance under President Barack Obama’s health care law.

Biden’s recalibration of his plan’s cost has been accompanied by stepped up talks involving the White House, congressional leaders and lawmakers.

Top Democrats are now hoping to craft an agreement they can push through Congress by Oct. 31, along with a companion $1 trillion measure financing highway, internet and other infrastructure projects.

The leaders had to abandon long shot hopes of passing those measures last week after divisions between progressives and moderates left them short of votes.

Their divisions remained despite Biden’s extraordinary visit with House Democrats on Friday in an effort to unify his party. That same day, Pelosi scrapped a planned vote on the Senate-approved infrastructure bill, which is coveted by moderates but which progressives are holding hostage to force them to back the social and environment measure.

previousLast Call for 10.5.21 — A prime-time read of what’s going down in Florida politics