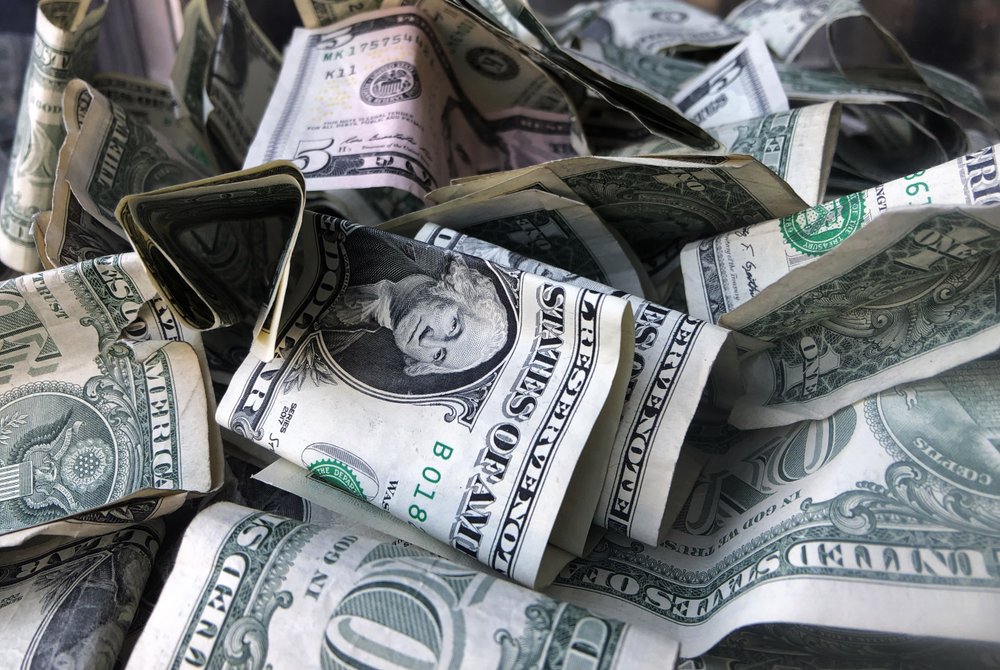 'It’s absurd that a business would turn someone away for using any U.S. currency.'

Stores throughout Florida have many options when it comes to getting paid, from cash, credit, debit and digital transfers of funds to any combination of those forms of payment or others. In recent years, however, a growing number of businesses are forgoing cash — a trend that’s only accelerated during the pandemic.

While that arrangement works for people with the benefit of having numerous payment options, it excludes some of Florida’s less well-to-do residents, said Democratic state Rep. Matt Willhite of Wellington.

“A cashless economy is not an inclusive economy,” he said. “Getting a credit or debit card often requires money to deposit or financial history. Excluding people from paying with cash essentially blocks low-income people, homeless people and so many others from participating in the economy in the first place.”

On Wednesday, Willhite filed HB 233, which would require businesses operating at physical locations — whether fixed in brick-and-mortar stores or in mobile spaces, including vehicles and temporary spots like rolling kiosks and pop-up stores — to accept paper and coin tender as payment for any tangible good or service.

Businesses would also be able to refuse to accept cash if they suspect the money is counterfeit, the use of cash denominations is larger than $20 or for single transactions exceeding $5,000.

Violators of the rule would be subject to hefty fines: $2,500 for a first offense, $5,000 for a second and up to $10,000 for a third, with subsequent offenses “to be assessed” by the Department of Agriculture and Consumer Services.

Requiring businesses to accept cash is more inclusive and also good for the economy, Willhite said.

“Florida is an international tourist attraction, attracting nearly 80 million visitors each year,” he said. “Many tourists choose to use physical currency when they are visiting Florida. Not to mention, I think it’s absurd that a business would turn someone away for using any U.S. currency.”

While no federal law prohibits businesses from going cashless, state and local governments may enact such mandates. And they have. States including New Jersey, Massachusetts, and Rhode Island have passed laws banning businesses from refusing cash. So have cities such as Philadelphia, New York City and San Francisco.

Roughly three out of 10 American adults made no cash payments during a typical week in 2018, according to a Pew Research Center survey. Only 18% said they made almost all of their weekly purchases using cash, down from 24% in 2015.

Lower-income Americans are four times likelier than their higher-income neighbors to make all or almost all of their purchases with cash, according to Pew, which also found that Black consumers were far more reliant on cash than White and Hispanic shoppers, with 34% using cash as their primary form of payment compared to 15% of non-Hispanic Whites and 17% of Hispanics.

“That’s how laws get started,” he said. “That’s how we influence Congress to take action.”

U.S. Rep. Donald Payne Jr. and U.S. Sen. Robert Menendez, both New Jersey Democrats, sponsored bills that would have barred retail businesses from refusing cash at the federal level, enforceable by up to $5,000-per-violation fines.

“It’s the dollar. It’s our currency. It’s what we stand by and what we trade, and now businesses are saying, that’s not good here,” García told Miami Today in April. “I’m OK with people having an option, but to turn the dollar away for a credit card and then charging people interest on top of that? It’s a win for banks, not for us.”

A report Levine Cava’s office placed on the Oct. 5 Miami-Dade Commission agenda said it is “feasible to implement legislation (in Miami-Dade) prohibiting businesses from refusing cash payments” and that doing so “would ensure equal access to goods and services for all visitors, and residents of, Miami-Dade County.”

“It’s startling that there are no measures in place to protect Florida consumers who need access to necessary goods and services, and I urge our colleagues to join us in supporting this important legislation,” he said. “We need to build an economy that is fair and inclusive, and preventing people from participating in their local economies does just the opposite.”