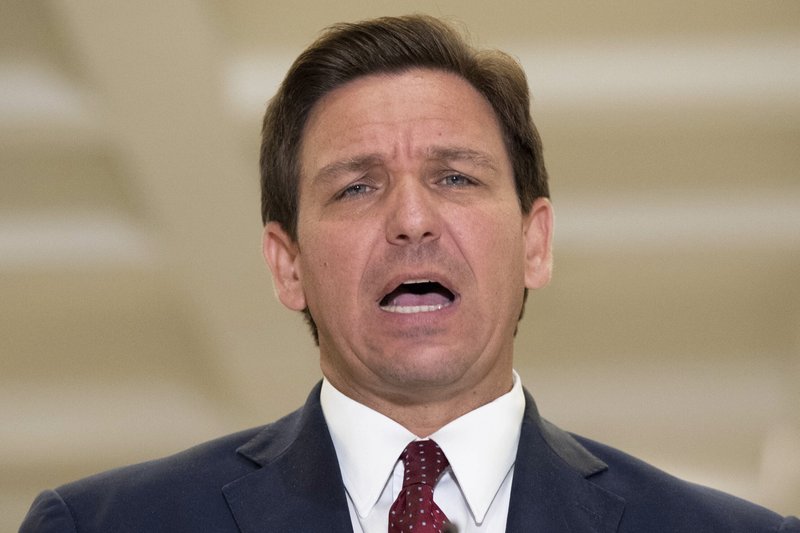 Inflation is bad for consumers, good for state budgets.

“Those are, I think, are beyond our control at the state level,” the Governor cautioned about inflationary pressures during a news conference in Bay Country Friday.

“It’s (inflation) being driven, I think, by a lot of the really bad policies coming out of Washington. That eats away at families’ budgets. Gas is going through the roof. I mean, it’s incredible how much gas has gone up,” DeSantis said.

Worries about inflation becoming a longer-term reality for the economy are reflected in the bond market. The yield on the 10-year Treasury has jumped from 1.32% to as high as 1.54% during the past two weeks.

Analysts are warning that persistent inflation could continue crimping companies’ bottom lines and consumers’ willingness to spend, which would mean a continued slowdown for economic growth.

DeSantis claimed inflation had had a “huge effect” before attacking a nebulous “they” for a seemingly faulty claim that it wouldn’t be a long-term pressure.

“They said that this was not going to be something that was sustained. Yet we see it. It’s sustained. It’s real,” DeSantis said, before berating federal partners for not “doing the energy resources that we have.”

This year, of course, DeSantis signed the largest budget in state history … a document that would have been impossible without significant federal aid driven by inflationary spending.

Florida’s $101.5 billion budget for FY 21-22 was $9.3 billion larger than the past year’s $92.2 billion budget, a more than 10% increase fueled in no small part by federal virus aid from the last two presidential administrations. That includes $8.8 billion in virus aid, using a formula DeSantis and other Republicans have framed as biased toward “blue states.”

The money helps in several areas, including education. Education Commissioner Richard Corcoran said earlier this year that Biden’s virus aid package amounted to “more than a third, close to a half of our total K-12 budget.”

When signing that budget in June, DeSantis acknowledged that “the bill” would come due, meanwhile.

“And look, in the last 15 months, this federal government has added more to the debt than we’ve ever seen since World War II in such a short period of time. And my view on that is something’s got to be done. There’s got to be; the bill’s going to come due somehow. Whether it’s higher interest rates, higher inflation, I’m not sure, but it is a concern when you look around and see the gas prices.”