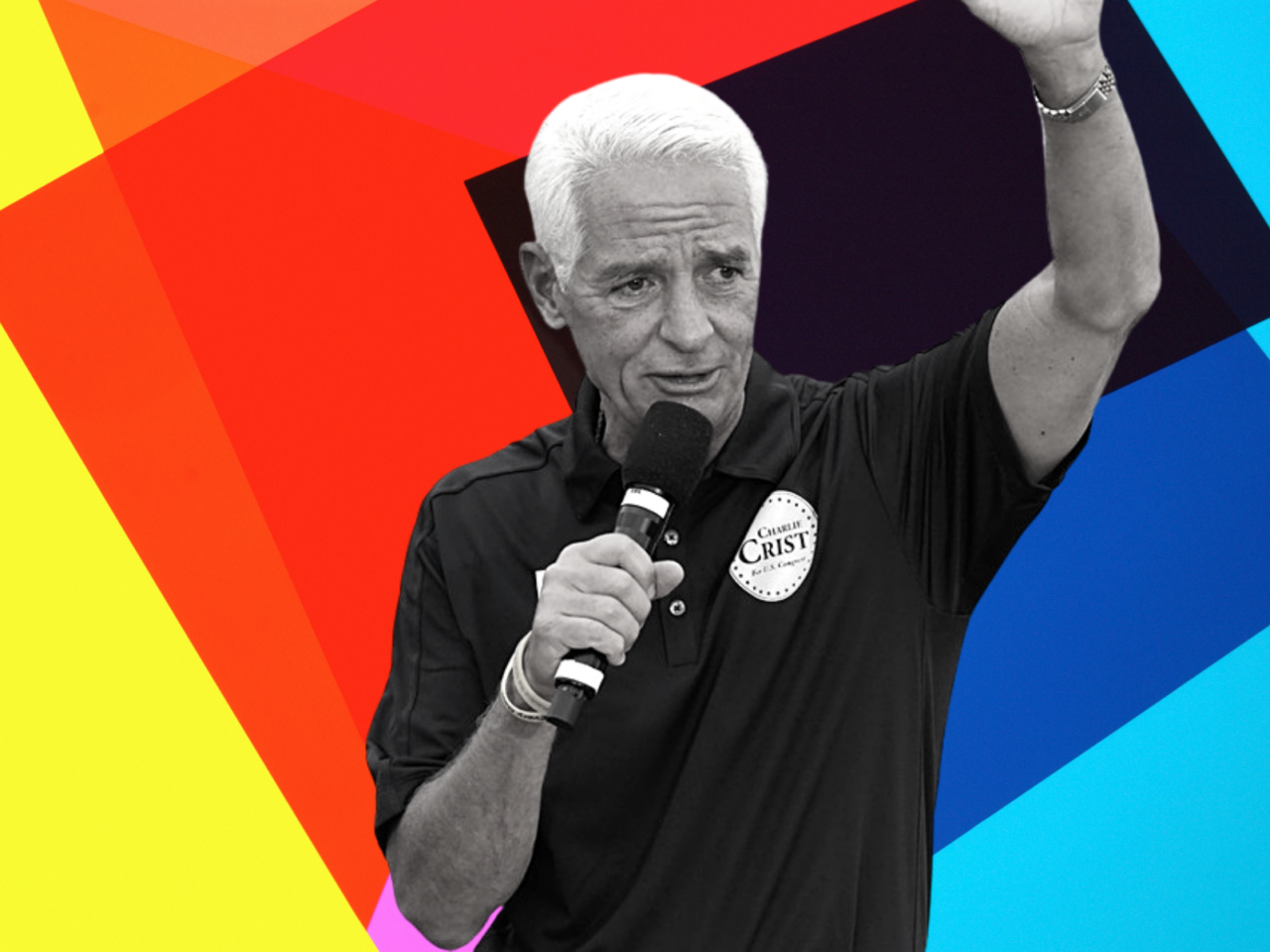 Gubernatorial candidate Charlie Crist unveiled plans to reform criminal justice should he return to the Governor’s Mansion. He will focus on the broader restoration of voting rights and cutting down gun violence in a state plagued by mass shootings.

The St. Petersburg Democrat released the first portions of his Justice For All agenda at a Tampa news conference early Monday. Crist said the agenda would serve as a chief pillar of his campaign for Governor, and he promised further reform plans will be announced as he continues his tour of the state this week.

“My Justice for All plan is a promise to communities across Florida that have watched and felt our government turning its back on them, that the Crist Administration will usher in a new era, one where our state will not turn a blind eye to injustices, but tackle them head-on,” he said.

Restoration of voting rights serves as the top point in Crist’s agenda. The candidate dedicates himself to fulfilling the promise of an amendment passed by a broad majority of voters in 2018. But while a supermajority voted to restore the voting rights of felons who completed their sentences, the Republican-dominated Legislature passed implementing legislation signed by Gov. Ron DeSantis that required all financial responsibilities to courts be met before voting rights would be restored. Civil rights activists have challenged that in court, saying it disproportionately disenfranchises poor and minority communities.

Crist noted that when he last served as Governor, from 2006 to 2010 as a Republican, he restored the voting rights of more than 155,000 Floridians. That’s more than any other Governor in modern history. If he’s elected, Crist said, he will push for a law that automatically restores voting rights for all who complete their sentences regardless of outstanding fines and financial restitution.

“For too long, Florida’s criminal justice policies have disproportionately failed Floridians of color and cost too many their lives,” he said.

Gun crimes served as the other chief focus for the event. He promised to direct more resources and funding to communities that suffer the highest levels of gun violence. He also committed to instituting common-sense safety measures, most notably by requiring universal background checks for all gun purchases, which would respect the rights of gun owners while also preserving Floridians’ safety.

“Just as I have done before, I will continue to stand on the side of compassion and forgiveness and on the side of protecting my neighbors. Which is why I’m proud to announce the first half of my criminal justice reform plan to support common-sense gun safety measures to get guns off our streets and efforts to restore the voting rights of those folks who have served their time and are now looking to rejoin our communities,” Crist said.

“Justice for All is a comprehensive and forward-thinking, robust approach to reforming our system and policies.” 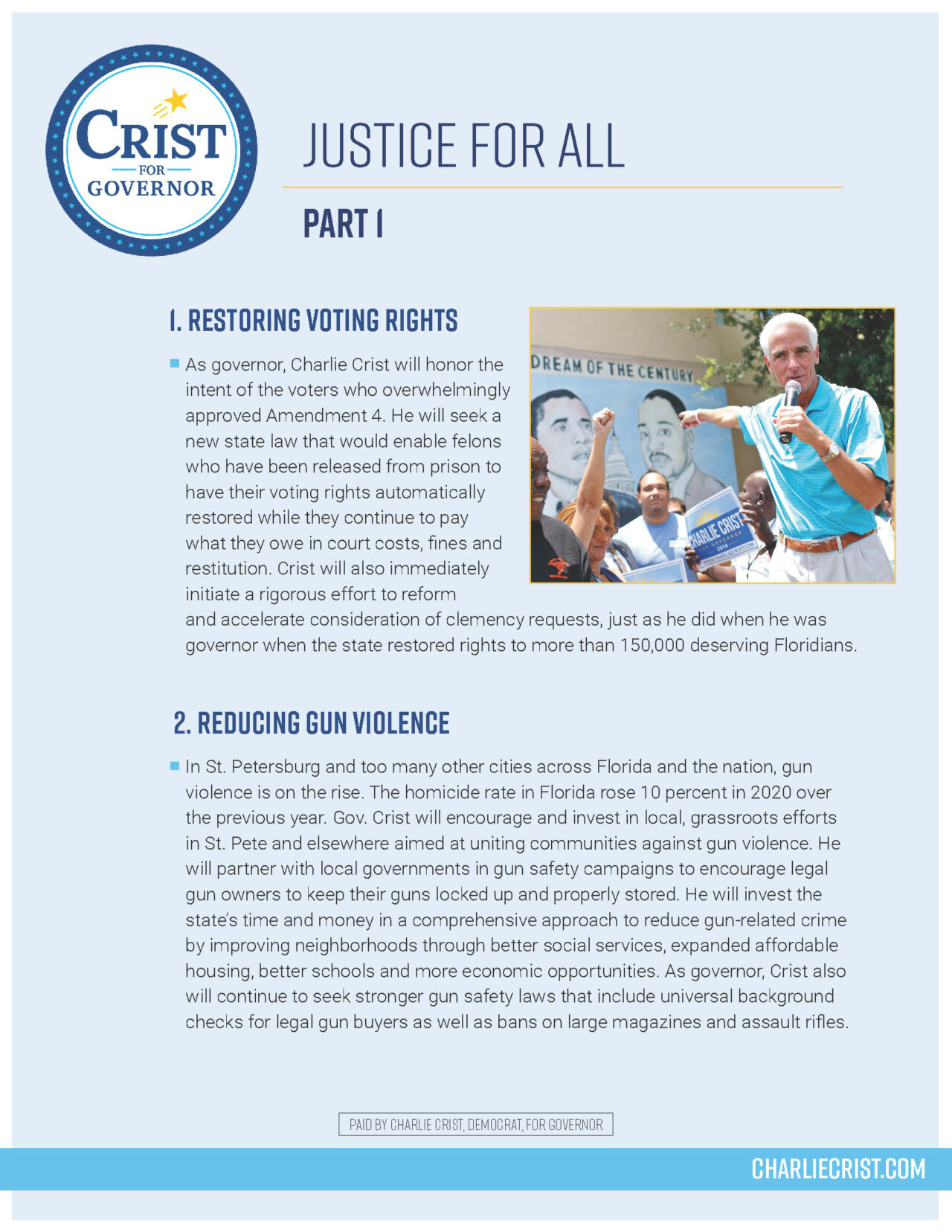 previousSal Nuzzo: Policymakers, keep your foot on the gas …