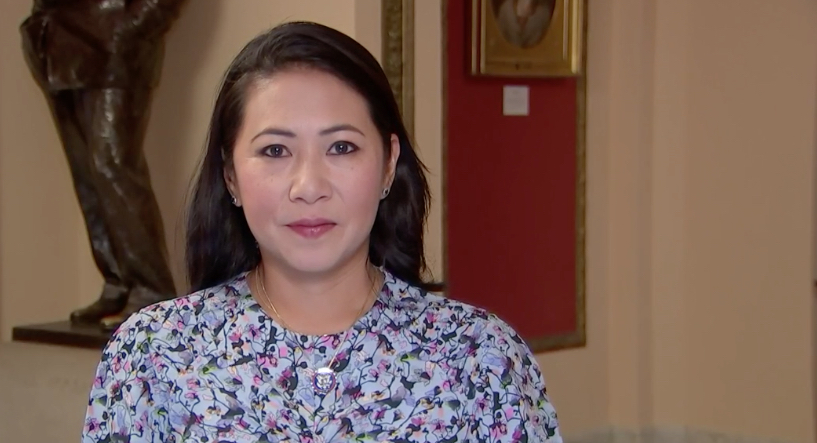 On MSNBC's 'Morning Joe', Murphy calls for the full extent of law to enforce subpoenas.

U.S. Rep. Stephanie Murphy, a member of the House Jan. 6 Commission investigating the Capitol insurrection, said Wednesday she would recommend jail time and fines for subpoenaed witnesses who fail to show up to testify.

The Winter Park Democrat is one of nine members — seven Democrats and two Republicans — of the investigatory panel formally known as the The National Commission to Investigate the January 6 Attack on the United States Capitol Complex. On the MSNBC “Morning Joe” show Wednesday, Murphy assured the hosts she expects the panel to enforce subpoenas to “the full extent of consequences that is available by the law.”

Among those the committee has subpoenaed are Mark Meadows, former chief of staff to former President Donald Trump; Steve Bannon, an informal political adviser to Trump; former White House Deputy Chief of Staff for Communications Dan Scavino; former Defense Department official Kashyap Patel; plus several outside organizers of the rally that Trump spoke to on Jan. 6, just before many of those at the rally attacked the U.S. Capitol.

None of the people in the recent rounds of subpoenas have confirmed they will appear before the committee, leading to speculation that many might refuse, particularly Meadows, who said he was turning the matter over to his attorneys. That led to questioning from “Morning Joe” hosts aboout whether the Jan. 6 Commission would seek to enforce the subpoenas with concrete punishments.

Ultimately, consequences for criminal contempt of Congress would have to be pursued by the U.S. Department of Justice, based on House recommendations.

Murphy stayed a little vague on the topic of enforcement — until pressed by co-host Joe Scarborough a couple of times. He asked her to specifically say whether she supported jail time for any subpoenaed witnesses who refuse to testify.

“I would recommend the full extent of consequences — jail time, fines. We need to make sure that these people understand that this is not acceptable,” Murphy said.

Murphy also offered a vague but affirmative answer when guest host Mike Barnicle asked her if she wanted to see the commission use the U.S. Marshals Service to physically bring in reluctant subpoenaed witnesses to testify at the hearings.

Murphy also offered her views on what information she would like the committee to obtain from Meadows, a former House colleague of Murphy’s.

“Of Mark Meadows and anyone else in front of us, I want to know how much planning was involved,” she said. “Who was involved in that planning? Who funded it; what their intent was when they came into that day? And then what they knew as that day unfolded and the safety and security of people like the Vice President (Mike Pence) and members of Congress were at risk, what they did to either respond or not respond on that occasion?

“What we have to do is lay out the full set of facts and let the American people understand how perilous we were in that moment, how close our Democracy was to going over the cliff,” Murphy added. “And to ensure that we can lay out the facts, figure out how to fix the situations, so that we don’t have anybody who tries to take the opportunity to try to undo a fair and free election.”