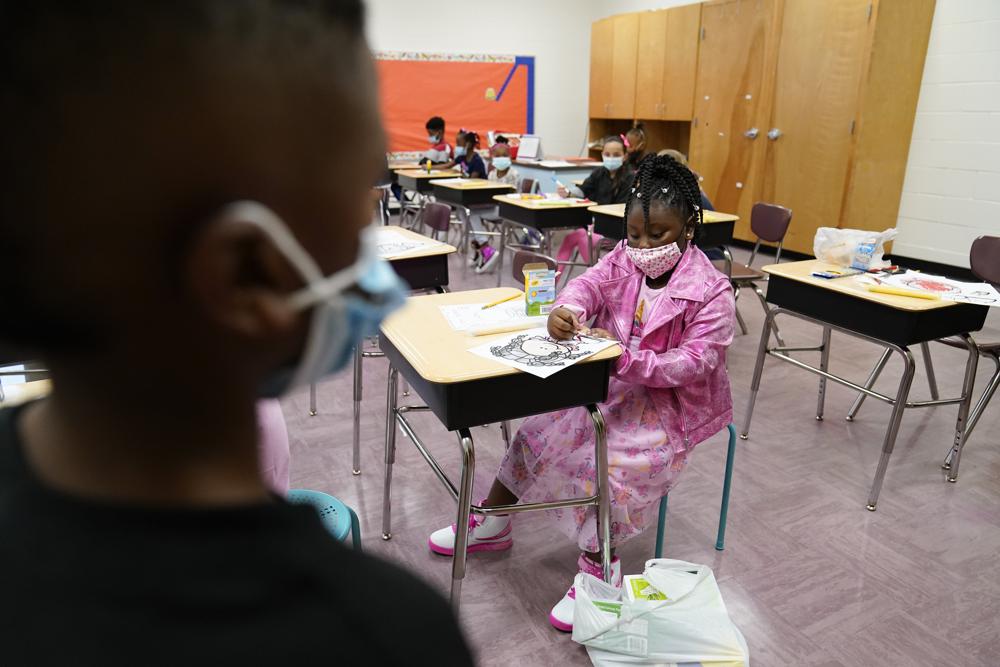 The federal government is reimbursing school districts the state is punishing.

Even as some school districts relax student mask mandates that sparked the original dispute, legal threats between state and federal Departments of Education officials escalated with an exchange of letters Wednesday.

At issue: The $569,000 in aid the federal government sent school districts in Alachua and Broward counties. The direct federal payment was meant to make up for aid state education officials withheld to punish the districts for adopting masking rules in defiance of Gov. Ron DeSantis’ executive order prohibiting mask mandates.

Days after federal money was awarded, state officials announced plans to withhold additional state aid. The districts would not be receiving state aid equivalent to the amount the federal government sent directly to the districts.

Education Commissioner Richard Corcoran on Wednesday sent a letter to the U.S. Education Department ordering it to “cease and desist its unlawful efforts to encourage local school board members to break the law.”

Corcoran was responding to a letter the feds sent Thursday warning the state about “legal concerns” arising from the additional cut in state aid the two districts had been dealt.

“This program appears to violate the relevant federal law” that prohibits the federal government from directing the allocation of state or local resources, Corcoran’s letter says.

Ian Rosenblum, deputy assistant secretary for policy and programs at the U.S. DOE, wrote to the state DOE Thursday saying Florida had withheld state aid from districts following guidance from the Centers for Disease Control to control the spread of COVID-19. And the pot of money that the Project SAFE funds were coming from cannot be considered when a state is doling out its aid to local school districts, he said.

“This issue raises legal concerns with regard to section 8522 of the Elementary and Secondary Education Act,” he wrote.

Christina Pushaw, DeSantis’ spokeswoman, also weighed in on Rosenblum’s letter, calling it, a “childish tirade of these bureaucrats in D.C., who have consistently attempted to discredit us with a series of baseless and unscientific attacks that are only meant to distract us from providing Florida’s students with high quality education that meets their needs and respects parents’ rights in accordance with state law.”

Federal officials could not be reached for further comment.

previousLori Berman, Anna Eskamani try again to get guns out of hands of domestic abusers