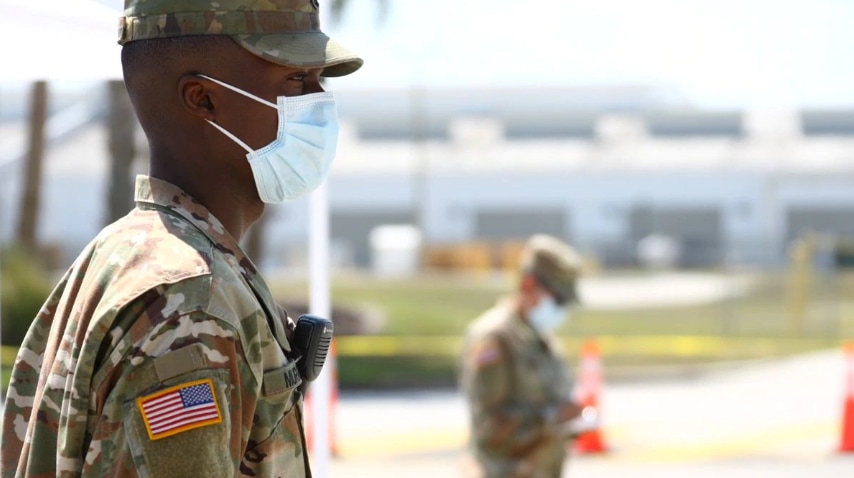 'Over the course of 20 months, we did almost 30 years of business.'

The Florida National Guard concluded its final COVID-19 mission this month, marking the end of one of the largest stateside mobilizations in Florida history.

At its peak, the Florida National Guard (FLNG) mobilized nearly 3,000 troops, who cumulatively served 660,657 man-days, the term the Guard uses to describe the cumulative number of days its members, which also include women, served. According to data provided by the Guard, the force completed more than 5,600 million COVID-19 tests across 47 testing sites and facilitated more than 1.5 million vaccinations.

“Our COVID missions have officially concluded, and we have no reason to believe there are any more on the horizon at this time,” said Florida National Guard Public Affairs Director Caitlin Brown.

“If you were to take all of the domestic response from Hurricane Andrew in 1992 to the present day, those totaled about 750,000 man-days,” said Adjutant General James Eifert. “Over the course of 20 months, we did almost 30 years of business, calling up our soldiers and airmen from their families and their employers to serve our state.”

The COVID-19 mission, however, is only a slice of the Guard’s annual activity. The Guard responded to Hurricane Elsa and Hurricane Ida in 2021. They also sent 600 Guard members to Washington ahead of President Joe Biden‘s inauguration.

A Category 1 hurricane, Elsa resulted in the mobilization of 72 service members over five days and cost more than $46,000. Ida, meanwhile, ushered 24 service members into orders. They served 16 days or 367 man-days.

Guard members are serving across the globe in Africa, Europe and the Middle East, according to the FLNG. A contingency of troops is also serving at the Southern border on federal orders.

More than 950 soldiers and airmen are deployed as of Oct. 5 and roughly 1,250 service members members are expected to deploy by the end of the year. In all, more than 25,000 Guard members have mobilized since Sept. 11, 2001.