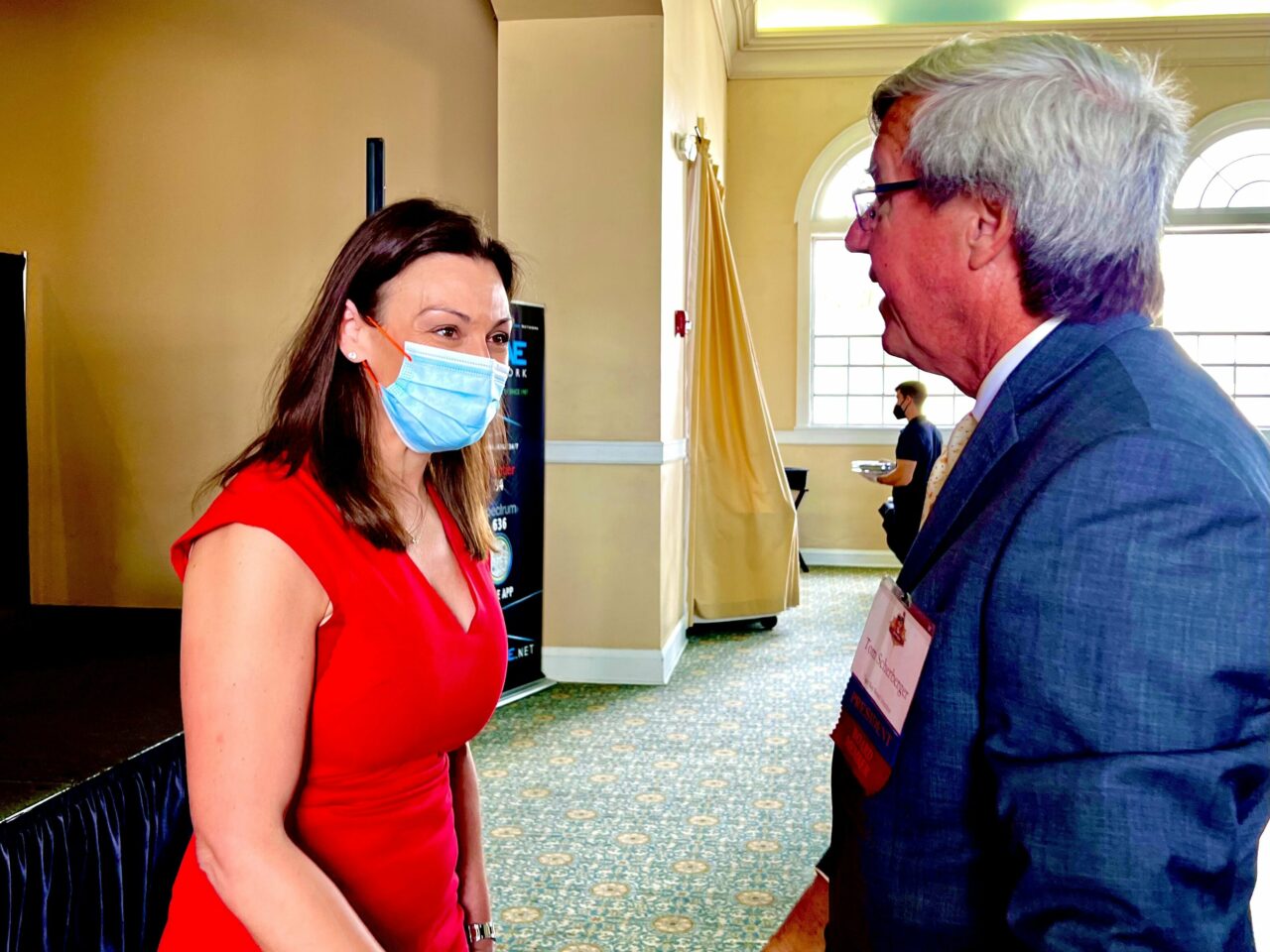 Her Democratic Primary opponent, Charlie Crist, has been a Republican and independent during his political career.

“I was a Democrat at 17 years old. The things I fight for today are the things I’ve fought for my entire life,” Fried said during a Tampa Tiger Bay Club luncheon, addressing her electability. “When the electorate understands our differences, there will be no doubt that I will be victorious in the Primary. Because Democrats want a winner, and want someone who has been able to criss-cross our state, win as a Democrat, and are tired of losing.”

Crist has been a Florida politician for decades. He served as Education Commissioner, an elected post at the time, and Governor as a Republican, then ran an unsuccessful bid for the U.S. Senate as an independent. He eventually landed as the congressional representative for Pinellas County’s District 13, as a Democrat.

Fried, Florida’s only statewide elected Democrat, said Florida’s government has been faltering because of the last 25 years of Republican rule, and she accused Gov. Ron DeSantis of radicalizing the Republican Party. She noted Crist was part of the GOP during that time. Fried added Democrats should elect someone who is willing to stand up to the status quo, even if it means challenging their own party, not just someone to replace DeSantis.

Fried was elected Agriculture Commissioner in 2018 in the same election that saw DeSantis win the governorship and Rick Scott oust longtime Democratic U.S. Senator Bill Nelson. She said that’s proof that she doesn’t need to switch parties — like Crist — in order to win bipartisan support.

Crist and Fried share many of the same ideological stances, including damning vilification of DeSantis, but they have differed widely in their approaches.

“We need to finally catch up to the will of the American people with marijuana legalization,” Crist said Thursday. “Florida cannot continue to stick its head in the sand when it comes to building a better future for our children and neighbors and dismantling the systems and sentencing laws that dehumanize our neighbors.”

Fried fired back, saying Crist was responsible for some of Florida’s tough-on-crime laws and was part of the GOP party when it was pushing racist crime bills. He once earned the nickname “Chain Gang Charlie” for his stance on crime. Crist invoked the Dave Chapelle “modern problems require modern solutions” defense of his record, saying times were different then.

Fried said she has supported legalization from the start, adding Florida needs to open up and expand its medical cannabis programs while also making a path for recreational use.

“Right now there’s 22 licenses in the entire state of Florida. There’s one female CEO and no minorities,” she said. “That is unacceptable when we are seeing Black and Brown individuals that are going to prison for the same types of activities that White men are making millions upon millions of dollars on. This is something that will change our society.”

Currently, Florida cannabis is vertically integrated. Producers are responsible for the entire supply chain. They have to cultivate, manufacture, research and distribute. Fried said that limits free market in the industry and creates an overhead that adversely effects patients who use the products.

“Let farmers cultivate. Let entrepreneurs who want to get into the research side do the research side. Let those who do retail well do retail,” she said. “Not only would I support the breaking up of the vertical but absolutely giving out more licenses.”

Fried’s talk highlighted what she calls the three Ws: water, weed and weapons. She also touched on issues ranging from agriculture and the environment to her stance on supporting Israel and public education.

And if Tiger Bay President Tom Scherberger‘s observation was any indication, Floridians are taking notice. He said the event, which for month was held virtually, was better attended and ran longer than most in-person Tiger Bay gatherings.

Florida’s gubernatorial Primary is still 10 months away and polling has, at times, given each candidate a lead. An August poll from Public Policy polling showed Fried leading Crist with 36% support to 33%. However, 31% were still undecided. A more recent flash poll of Florida influencers from Clearview Research shows Crist leading Fried 73% to her 20%.