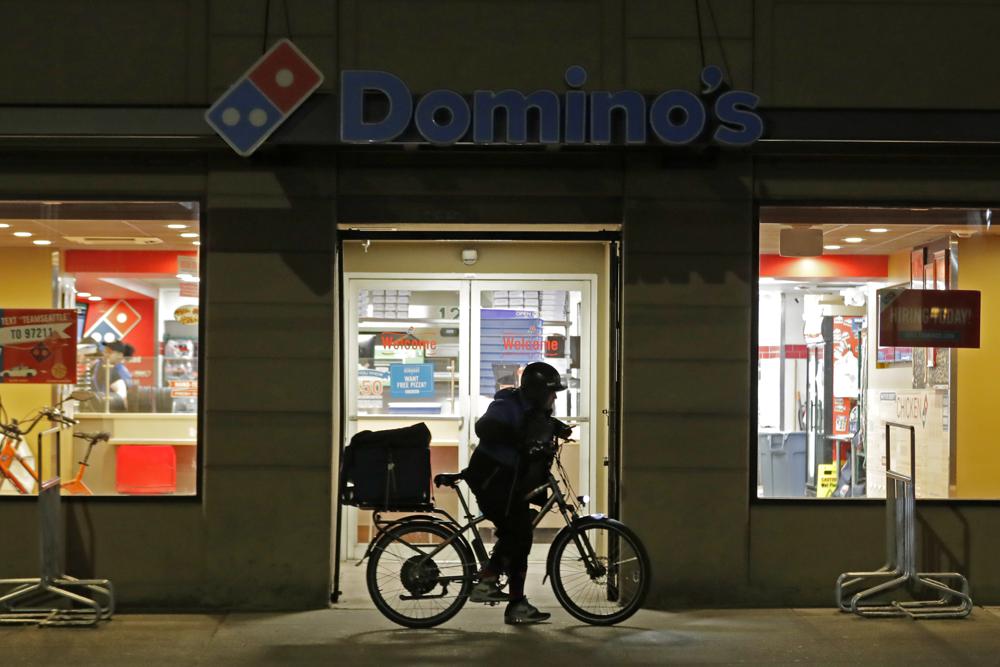 Despite strong market performance, delivery times are up because of a shortage of workers.

Domino’s, a company seemingly tailormade for a pandemic, has not been spared from a phenomenon plaguing almost every employer this summer: A severe shortage of workers.

The world’s largest pizza chain has been a star on Wall Street this year with revenues soaring as millions sheltered at home and ordered a lot of pizza.

On Thursday, however, for the first time in more than a decade, Domino’s Pizza Inc. said that sales at established stores went in the wrong direction, falling 1.9% in the third quarter. During the same three-month stretch last year, comparable-store sales rocketed an unprecedented 17.5% higher.

The company also cited pandemic assistance money from the U.S. petering out during the most recent quarter, but the focus at the Ann Arbor, Michigan, company, is finding enough employees to keep the pies flowing.

Domino’s has taken measures to lure cooks, drivers and cashiers but delivery times have lengthened, a potentially dangerous trend in an environment of fierce competition with delivery apps like DoorDash and Uber Eats.

“We believe that staffing may remain a significant challenge in the near term as the labor market continues to evolve,” Allison said Thursday.

Many economists still think that most of the roughly 3 million people who lost jobs and stopped looking for work since the pandemic struck will resume their searches as COVID-19 releases its grip. It took years after the 2008-2009 recession, they note, for the proportion of people working or seeking work to return.

In a recent report, the National Restaurant Association said U.S. restaurant employment reached 11.3 million in July, still a million shy of the number employed before the pandemic.

The stores owned by Domino’s have enhanced pay and benefits to attract workers. But the vast majority of the company’s U.S. stores are operated by franchisees who determine their own wage rates.

Allison also said the company is trying to make its jobs more easier and more appealing. For example, it’s trying to keep drivers on the road more so they can collect more tips.

But there are factors outside the company’s control, Allison said. The pandemic has choked immigration, for example, and he hopes that will eventually ease.

“We need to see more immigration to continue to have a robust workforce,” Allison said.