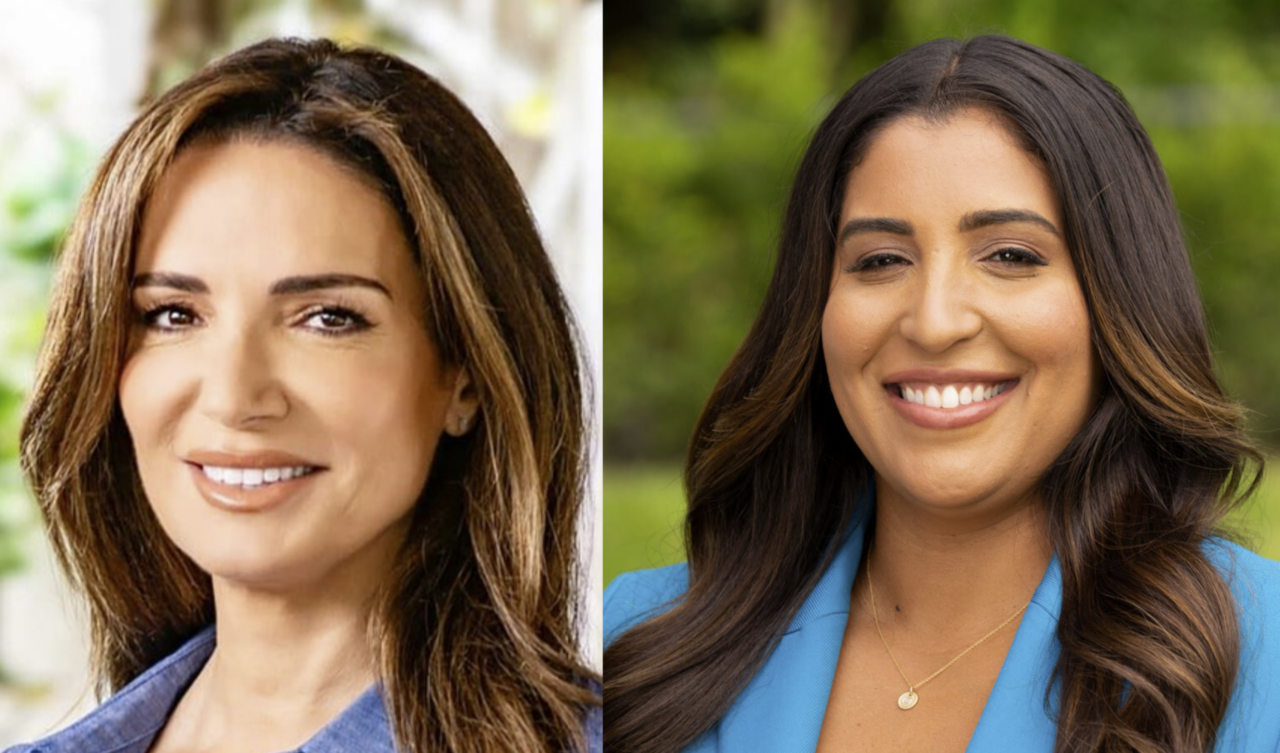 Perez dropped out of a U.S. House race last month to reset her sights on flipping SD 37 blue.

Incumbent Republican Sen. Ileana Garcia came close in September to reaching $300,000 raised to defend her seat representing Senate District 37. Her opponent, Democrat Janelle Perez, reported raising about $178,000 in her first full month in the race, but her campaign says she has much more pending transfer from her canceled congressional bid.

Garcia added more than $47,000 last month between her campaign proper and political committee, No More Socialism.

About a quarter of that gain was from the legal, lobbying and government affairs sector. That included $5,000 from Larry J. Overton & Associates, a Tallahassee-based consulting firm specializing in health care, and $1,000 gifts from GrayRobinson, Sebastian Aleksander of lobbying firm the Aleksander Group, Lary J. Overton & Associates and former state Representatives and practicing lawyers Lincoln Díaz-Balart and Jose Alex Villalobos.

Garcia received two contributions from swimming pool interests: $5,000 from William Kent, the CEO of Ft. Lauderdale-based pool and spa equipment manufacturer, seller and distributor Team Horner; and $1,500 from Pool Industry Political Action Committee — not to be confused with Pool Industry PAC, whose status was revoked — which is run by Roy Waldhauer of Burnell-based custom pool builder Waldhauer & Son.

Garcia spent about $2,500 on travel, accounting, campaign space rent and donation processing costs. Apart from that, her sole expenditure was $3,000 to the reelection campaign of Senate President Wilton Simpson.

On Sept. 15, she told Florida Politics she had canceled her grassroots bid to oust Salazar to instead focus on flipping SD 37 blue next year.

“Over the past few days, it’s become clear that absolutely the best way for me to have a positive impact in our community is to run for the state Senate,” she said at the time.

The announcement came around the same time as the launch of her new political committee, Democracy and Freedom, to which nearly $300,000 in funds from her prior campaign would be transferred.

So far, $125,000 has been transferred over, with the remainder coming in the next couple months, said longtime Democratic consultant Christian Ulvert, who manages the committee.

“They didn’t do the full transfer, so we have to wait for some things to clear,” he said, explaining that treasurer Maria Kuhn was “hesitant to close by Sept. 30.”

“The federal account will stay open through December,” he said. “We raised, and then we had some expenses, and it was too ambitious of a timeline for us to close everything out by Sept. 30.”

Florida for Everyone, a political committee run by Raymond Paultre, donated $5,000. Paultre is executive director of progressive group The Florida Alliance.

Garcia, the co-founder of Latinas for Trump and a deputy secretary at the Department of Homeland Security under Former President Donald Trump, unseated Democratic incumbent José Javier Rodriguez by a 34-vote margin in November to flip the district red.

After her successful election, a cloud fell over the race when it was revealed that former GOP Sen. Frank Artiles had paid non-party affiliated candidate Alex Rodriguez, who shares a last name with the former Democratic Senator, to sign up for the race and siphon votes from the incumbent.

Artiles has since been charged with bribery. The non-party Rodriguez took a plea deal and agreed to serve as a cooperating witness.

Garcia denied involvement, and the Miami-Dade State Attorney’s Office in March said it had no evidence she knew of or took part in the scheme. Nonetheless, Democrats quickly called for Garcia to resign and face a Special Election. She hasn’t.

The way Garcia won office “absolutely” puts her at risk of losing her seat next year, said Perez, a local business owner and LGBTQ community leader.

“We lost a great champion in JJR, and I’m running because it’s time we fought for our democracy and protected the right to fair and free elections,” she said. “As a resident of the district, I followed the dirty tricks that were employed last year in the race, and voters were deprived of the opportunity to freely make their choice in an election.”

previousImagine what else lurks in those 650,000 NFL emails