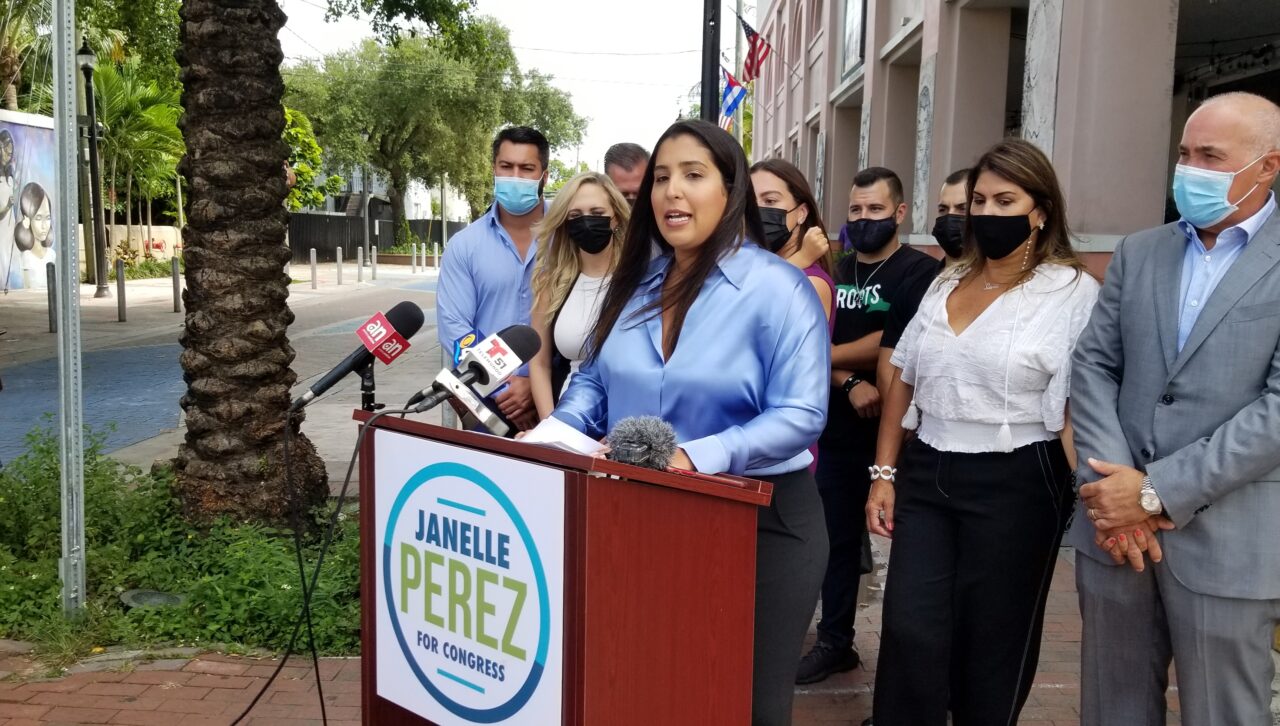 That outlook, the first-time political candidate said, will be reflected in her approach to fundraising, campaigning and, provided she wins, legislating and representing the traditionally Democratic-leaning district Salazar flipped red last year.

“I’d really like to start a grassroots movement,” Perez told Florida Politics at a Wednesday press conference in Little Havana, where she officially announced her candidacy. “The way that I plan on fundraising is reaching out to young people, getting them motivated, getting them wanting to get involved in politics.”

Both Perez and Salazar are the daughters of Cuban exiles. Both grew up in Miami-Dade County. Until six years ago, when Perez returned to Miami after working as a GOP staffer, both were registered Republicans.

But at 34, Perez, a local business owner, is decades younger than Salazar, a former TV journalist who turns 60 in November. And there is a need in Congress for new generational perspective, which Perez said she can bring.

Perez is an active member of the LGBTQ community, serving on two local advisory boards, and she has a young daughter with her wife, Monica. She’s also a cancer survivor, having beaten stage 4 follicular lymphoma.

That, she said, puts her in diametric opposition to Salazar, who was among three Miami-Dade Republicans this year to vote against the Equality Act, a bill meant to improve protections against gender- and sexual orientation-based discrimination.

Perez also lamented Salazar voted to defund the Affordable Care Act, but there hasn’t been a congressional vote to do that since 2017, before Salazar took office. And last year, Salazar said she was against defunding unless there’s a superior replacement for former President Barack Obama’s signature health care law. In 2017, Salazar did offer support for a House Republican tax proposal that would have slashed Medicaid.

“María Elvira has voted against the American Rescue Plan, the Equality Act, has voted on defunding Obamacare,” Perez said. “Miami-Dade County has the highest (enrollment rate in the country for) Obamacare, and I plan to be a member of Congress that represents every single person in my community.”

On the subject of Cuba, Perez said she and Salazar want the same thing for the island, Miami’s closest international neighbor, where historic protests against its communist regime have renewed talks of U.S. intervention: freedom for all its people.

“I was raised on the fundamentals of democracy and freedom and ‘libertad’ for Cuba,” she said. “I will stand as a staunch supporter of the Cuban people and their search for freedom.”

Perez is the first person to officially announce her candidacy, but the race includes two others who filed to run in early July: Angel Montalvo, a Democrat who has reported $1,316 raised so far; and independent Ian Anthony Medina, whose campaign lists no funds raised yet.

nextJoe Gruters confident GOP is unified, in strong position for 2022