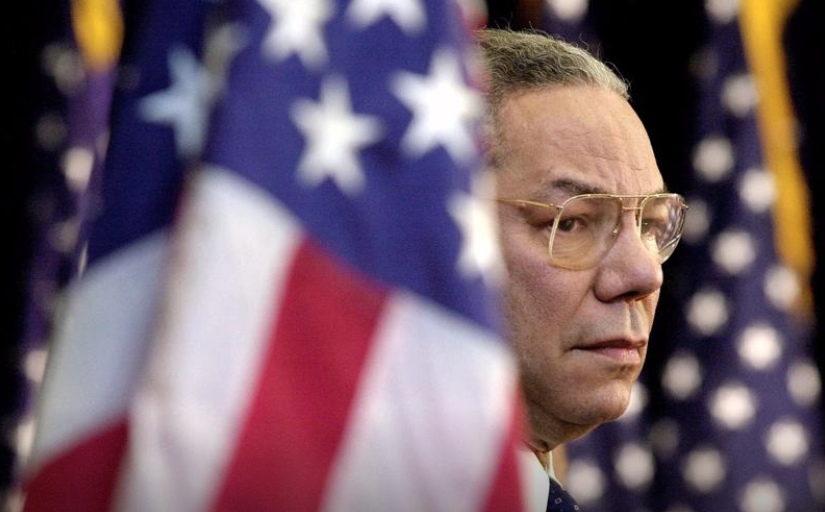 The former Secretary of State died from COVID-19.

U.S. Sen. Rick Scott, a Naples Republican, tweeted: “In his remarkable service to our country, Colin Powell broke barriers and helped lead our nation through some of its darkest days. Ann and I are praying for Secretary Powell’s family and loved ones.”

U.S. Rep. Michael Waltz, who served as an advisor to Vice President Dick Cheney while Powell served as Secretary of State, tweeted: “Saddened by the passing of former U.S. Secretary of State and Chairman of the Joint Chiefs of Staff, General Colin Powell. A true servant leader and soldier statesman. Thank you for serving this great nation.”

U.S. Rep. Vern Buchanan, a Longboat Key Republican, tweeted: “Saddened to hear of the passing of Gen. Colin Powell, former U.S. Secretary of State and Chairman of the Joint Chiefs of Staff. An incredible statesman and American hero, Gen. Powell shaped U.S. foreign policy for the last three decades. I send my deepest condolences to Gen. Powell’s family and loved ones.”

U.S. Rep. Kat Cammack, a Gainesville Republican, tweeted: “Gen. Colin Powell was a trailblazer, a passionate public servant, leader, and statesman with a big heart. Thinking of and praying for his family and friends today.”

U.S. Rep. Charlie Crist, a St. Petersburg Democrat, tweeted: “Deeply saddened to learn of the passing of former Secretary of State and Chairman of the Joint Chiefs of Staff Colin Powell. We are grateful for his tireless years of service to our country, and my heart goes out to his family during this difficult time. From being the son of immigrants to becoming the first African American to serve as secretary of state, Colin Powell broke barriers and will forever leave a footprint on American history. May he rest in peace.”

U.S. Rep. Val Demings, an Orlando Democrat, tweeted: “Secretary Colin Powell inspired a generation of Americans as he broke barriers of military and government leadership. He exemplified honor and duty, and was dedicated throughout his life to keeping Americans safe. A great loss for our nation. I am praying for his family.”

U.S. Rep. Neal Dunn, a Panama City Republican, tweeted: “Colin Powell was an outstanding leader and public servant. His dedication to this country was second to none. My prayers are with his wife and family during this difficult time.”

U.S. Rep. Byron Donalds, a Naples Republican, released a statement: “Erika and I are saddened to hear of the passing of an American hero, former U.S. Secretary of State, and Chairman of the Joint Chiefs of Staff, General Colin L. Powell, and send our deepest condolences to Powell Family. The definition of a statesman, leader and class act, General Powell embodied the very best of America, and his faithful service to the United States will leave a lasting impact on our nation’s history. May he Rest In Peace.”

U.S. Rep. Al Lawson, a Tallahassee Democrat, tweeted: “Gen. Powell was a man of integrity and bravery with an unwavering love of country. He was a trailblazer whose distinguished career led him to be respected across party lines. I offer my condolences to his wife, Alma and children. We truly lost a giant today.”

U.S. Rep. Stephanie Murphy, a Winter Park Democrat, tweeted: “Our country has lost a giant — a general, a diplomat, and a gentleman. He will be terribly missed.”

U.S. Rep. Darren Soto, a Kissimmee Democrat, tweeted: “Saddened to learn of the passing of Colin Powell, former secretary of state and chairman of the Joint Chiefs of Staff. We are grateful for his service to our country and pray for his family during this difficult time.”

U.S. Rep. Greg Steube, a Sarasota Republican, tweeted: “Sad to hear about the passing of General Colin Powell, former U.S. Secretary of State and Chairman of the Joint Chiefs of Staff. Powell was a dedicated public servant who served our country well. God bless him and his family.”

U.S. Rep. Debbie Wasserman Schultz, a Weston Democrat, tweeted: “With integrity, Gen. Colin Powell lived a life of service and patriotism. He blazed trails for others and left an unparalleled legacy of historic first and accomplishment. My prayers go out to Gen. Powell’s family over his loss. May his memory be a blessing.”

U.S. Rep. Daniel Webster, a Clermont Republican, tweeted: “General Colin Powell dedicated his life to serving his country. I am grateful for his service and saying a prayer of comfort for his loved ones.

U.S. Rep. Frederica Wilson, a Hollywood Democrat, tweeted: “I am deeply saddened by the passing of former Secretary of State Colin Powell, an extraordinary role model and respected voice in foreign policy who dedicated his life to serving our nation. My thoughts and prayers are with his family.”

Gov. Ron DeSantis ordered flags at half staff for Powell and issued an order that stated: ““Powell greatly influenced U.S. foreign policy and will be remembered as a trailblazing soldier, leader, and public servant.”

Lt. Gov. Jeanette Nunez tweeted: “May God comfort the family and friends of former Secretary of State Colin Powell. May he Rest In Peace.”

State Rep. Ardian Zika, a Republican, tweeted: “I am saddened by the passing of former US Secretary of State Colin Powell. A great American! His life journey of overcoming adversity and realizing the American Dream is inspirational. My thoughts and prayers are with his family and loved ones.”

Democratic congressional candidate Corinna Balderramos Robinson tweeted: “May this legendary man and warrior rest peacefully now. Secretary Powell was truly an inspiration and blessing to so many across the world. I can honestly say that meeting him as a former Pentagon intern genuinely helped me chart my path of continued public service.”